Leonce and Leonce – a streaming review 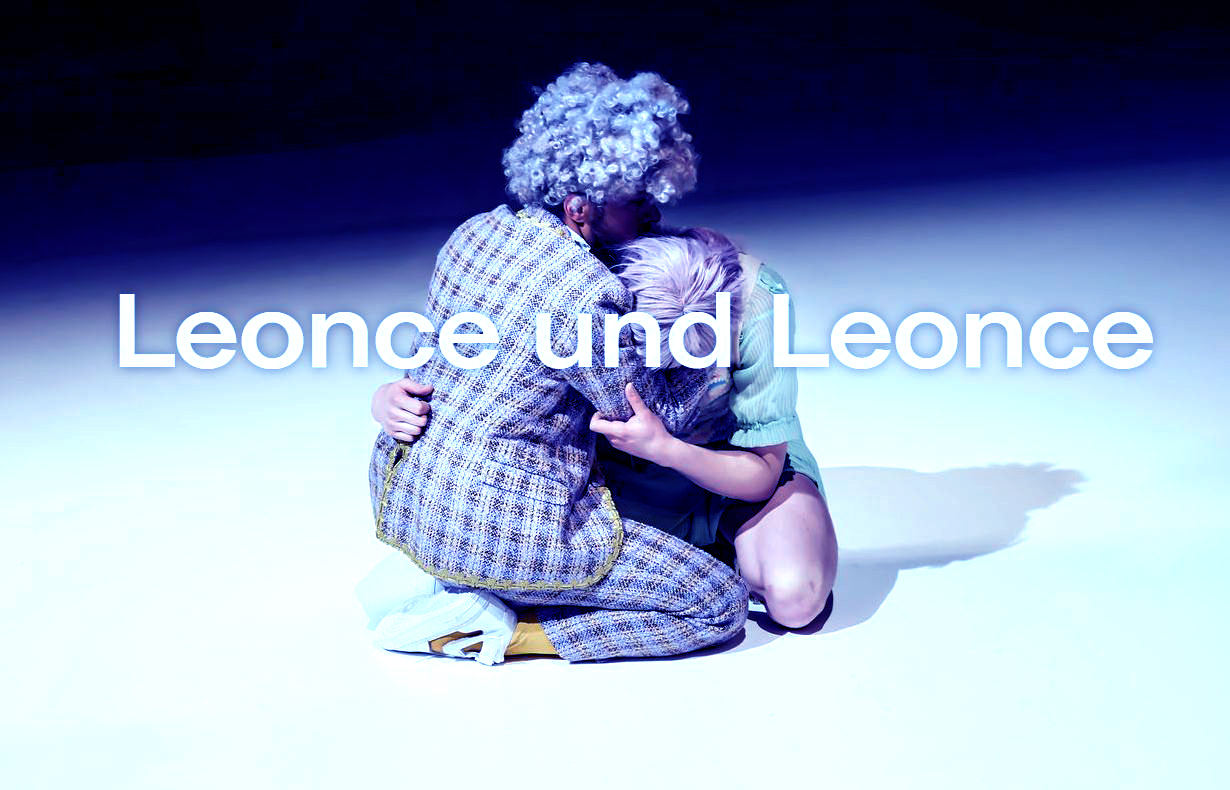 Theatre is experimenting – finally – with hybrid forms of performance that can be viewed on site by a few and on the internet by many. Multimedia thus finds a convincing place on stage. For the past 15 to 20 years, we have been asking ourselves why so much multimedia is needed on stage. Now we know: the arch-conservative avant-garde of theatre people at the bottom of their hearts have been rehearsing for now, the time of the health crisis! With their know-how, they are well equipped to show theatre productions from interesting new perspectives through streaming and thus seriously compete with their own traditional, on-site, seated model of theatre. The Schauspielhaus Zurich is now demonstrating this expertise on a trial basis. It is experimenting with live streaming on Streamy Thursday and fulfilling its dream of addressing the audience directly and indulging in the “Gspürsch-mi”. Publicly and, for once, in the right place. Because this time is also about social connectedness. Or more precisely: it is about liberating oneself from the conviction that connectedness can only be shown by touching and hugging (as men in particular believe). It can also be demonstrated online. On 10 December, the Schauspielhaus streamed “Leonce and Leonce” live. It’s a very special play, for which knowledge of Georg Büchner’s “Leonce und Lena” helps, because occasionally you wonder if you’ve just heard something of the famous original, and while you’re at it, you take it upon yourself to Google its text. This keeps the interest fresh during the emotionally exhausting performance.

The streaming of the performance was introduced sympathetically and femininely with brief explanations and a connectivity address to the audience. However, the emotionality of the opening was then far eclipsed in the performance itself by a sometimes almost unbearable masculine intensity of feeling – complemented by a kindergarten didacticism in dealing with the masculine dilemmas that came close to parody. Four actors lived out their male suffering of the self, animated by the presenter to indulge in pity as unrestrainedly as possible. Whether this was staged with or without humour was up to each and every member of the audience to decide. On the stream, one could observe this suffering with oneself – unlike the on-site audience – from very close up and from the most diverse perspectives, as a cameraman occasionally came on stage with them. This visual proximity is not only a typical paradox of theatre at streaming distance, but also changes perception. Depending on the scene, it exaggerated this and the audience’s suffering from it (for example, in the long nothing-passing-by at the beginning) or it really opened up its emotional dimension (for example, in the scenes with the big toy car). At the same time, one wondered how extensively the production had been adapted for streaming, apart from obviously inserted text passages. And one envied the audience on site a little for being able to interact with the stage. If, however, there had also been a chat function to exchange information with other online viewers, the streaming would have been an equal alternative to the on-site visit – with different but almost equivalent qualities and considerably less effort on their part.

Of course, one wondered why this particular production had been chosen for live streaming. Georg Büchner’s Leonce and Lena is the classic theatre reference when it comes to digital transformation. The play illustrates the in effigie principlewith a lot of wit – flippantly explained: the difference between identification and authentication – and uses material avatars in which the originals are hidden. One could also say: Büchner already suspected back then that it is not the machines that will subjugate us, but that we will subjugate ourselves with the machines (in this case, under marriage). But this is not about such retrospective profundity. It is solely about non-conformist postmodern masculinity, which stands in contrast to the omnipresent modern masculinity, prototypically embodied by happy family fathers. This is heavy fare and probably seems even more serious in streaming than in the audience on site, which occasionally laughs. At least, according to the advertisements, almost all of the more than 250 participating streamers stayed through to the end. How many actually watched – it could have been many more – cannot be deduced from such numbers (if they were authentic). But the result should encourage all theatres to dare to offer more streaming! The physical and digital worlds are becoming more and more one with such professionally made experiments – and that’s a good thing! It makes new aesthetic experiences possible and will trigger further theatre innovations. It’s good that it’s soon Thursday again.