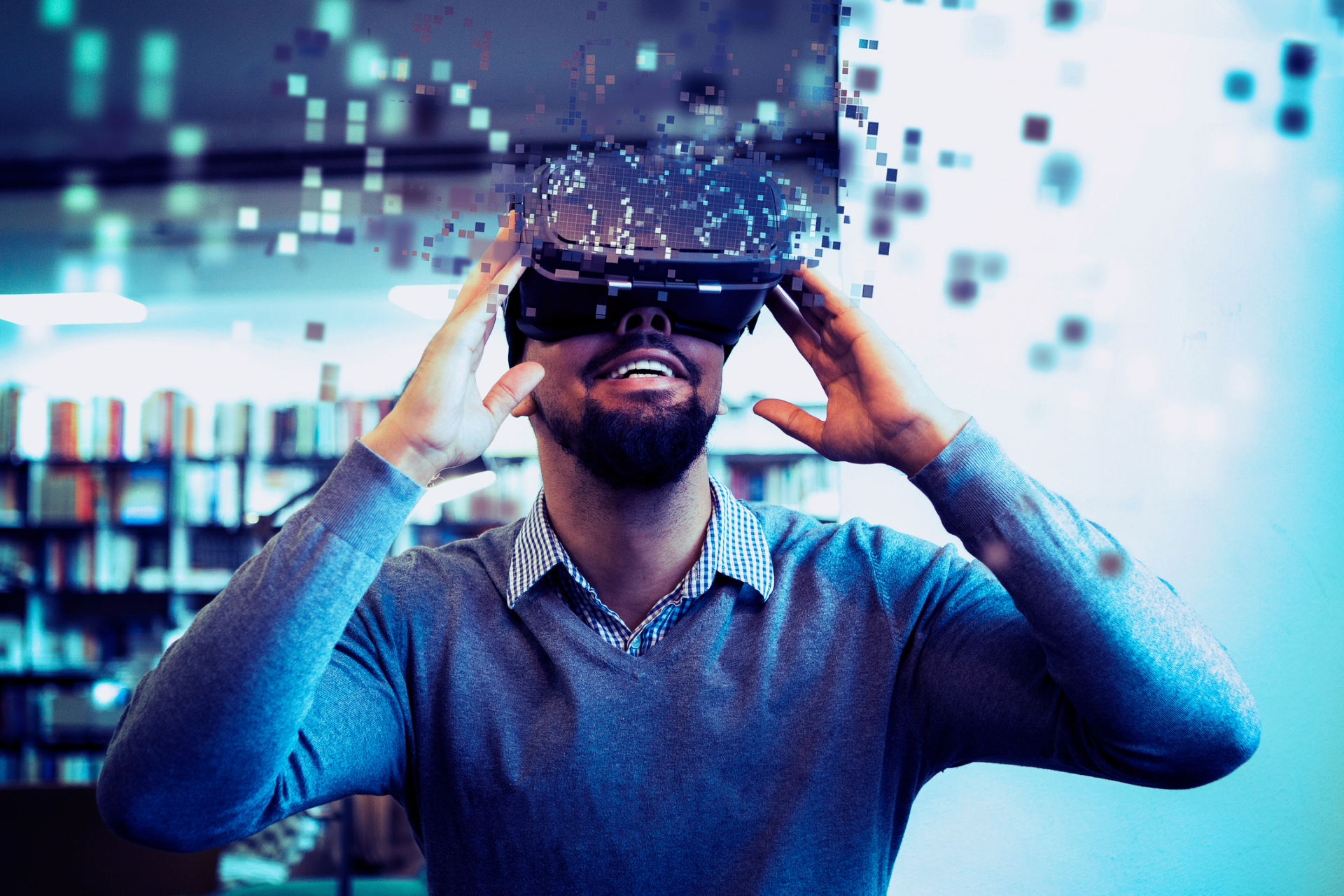 With virtual reality goggles, one can immerse oneself in any imaginable world. This is also used for learning. In an experimental study, researchers from BFH Wirtschaft and the University of Fribourg investigated how this technology affects presence and memory in different learning environments. Their results are surprising.

In the context of the increasing availability of virtual reality (VR) equipment on the market and the constantly improving performance and quality of the technology, there is increasing discussion about whether VR can be used in the field of learning. In this context, numerous studies have been carried out in recent years, in which it has been assumed that the use of VR technology leads to an increased experience of presence, called immersion, which in turn has been linked to improved learning success. Although this effect has been addressed in previous research, there are few methodologically sound studies that objectively measure learning outcomes. Furthermore, empirical findings are inconclusive, with studies indicating positive effects of presence on learning outcomes, while others report the opposite effect.

In this regard, several factors have been cited that could have an influence on the interplay between presence and learning:

In our study, we addressed this lack of clarity in order to explore the impact of VR-induced presence on learning.

Experiment in quiet and noisy environment

In this experimental study, the relationship between presence and learning was investigated by comparing memorising texts and content in a VR environment with a less immersive system in noisy and quiet learning environments. For this purpose, students performed different tasks in an interactive archive of a Swiss watch manufacturer, interacting with texts and images. This content was made available to them either via VR technology or on a computer screen. For one half of the test subjects, the experiment was conducted in a quiet laboratory; for the other half, the experiment took place in the noisy university canteen, which was rich in disturbing influences. After the interaction, a test was conducted to measure how well the participants could remember the content. In addition, the subjective experience of presence, cybersickness and other variables were recorded. 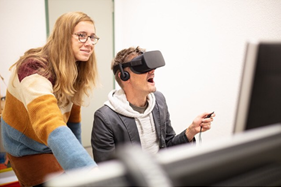 VR glasses are used for learning. Photo: University of Freiburg

Based on existing assumptions, we assumed that people in the VR environment would show higher presence and thus also better learning performance than people who viewed the content on a computer screen. Moreover, we expected these positive effects of VR to be more pronounced in the noisy cafeteria than in the quiet lab. Interestingly, however, our results show that presence does not have the expected impact on learning. Although individuals in the VR condition reported higher presence scores, as expected, their learning performance was lower compared to participants in the comparison environment. In addition, the comparison between canteen and lab did not show significant results. The data analysis also showed that the experience of cybersickness has a negative impact on learning, but that learners still subjectively perceive that they can learn better in VR.

A positive effect of VR?

The results of this study suggest that highly immersive VR is not always beneficial for learning, despite the higher degree of perceived presence that learners experience in VR and the fact that learners are isolated from noisy and distracting environments. These results suggest that the relationship between presence and memory performance in highly immersive devices is not as strong as often assumed. Although learning success was lower with the VR headset, learners subjectively preferred the VR headset compared to a low immersive desktop system. This might suggest that VR can still be a useful tool for learning. This could be especially the case when considering that presence increases learner motivation, suggesting that learning and presence might be positively correlated in the long run. Furthermore, it is important to emphasise that this study conceptualised learning as ‘remembering content’.

It is likely that the use of VR technology will have a positive effect on other forms of learning, such as learning to move in three-dimensional space. Future studies should address the possible reasons for the lower learning performance in VR (e.g. cyber sickness, experience effect, wow effect, contextual memory), taking a longitudinal research approach. This would provide in-depth knowledge about the VR learning processes and procedures necessary to create meaningful and useful learning environments for the future.

You can findthe whole study here.

Andreas Sonderegger is a professor at the Bern University of Applied Sciences in Economics and a lecturer at the University of Fribourg. He researches and teaches in the fields of cognitive ergonomics, human-computer interaction and work and organisational psychology. He is the founder and owner of Youser GmbH, an agency specialising in UX evaluation and design. Before joining BFH, Andreas completed his doctorate at the University of Fribourg, worked in various positions in the field of human resources and was 'Head of UX Research' at the EPFL+ECAL Lab.

Carli Ochs is a PhD student at the Department of Psychology at the University of Fribourg and her research focuses on negative consequences of technology use and corresponding design measures to alleviate them.