You are here: Home1 / Interview EN2 / How Virtual Reality comes to the stage
Interview EN,Transdisciplinary EN

How Virtual Reality comes to the stage 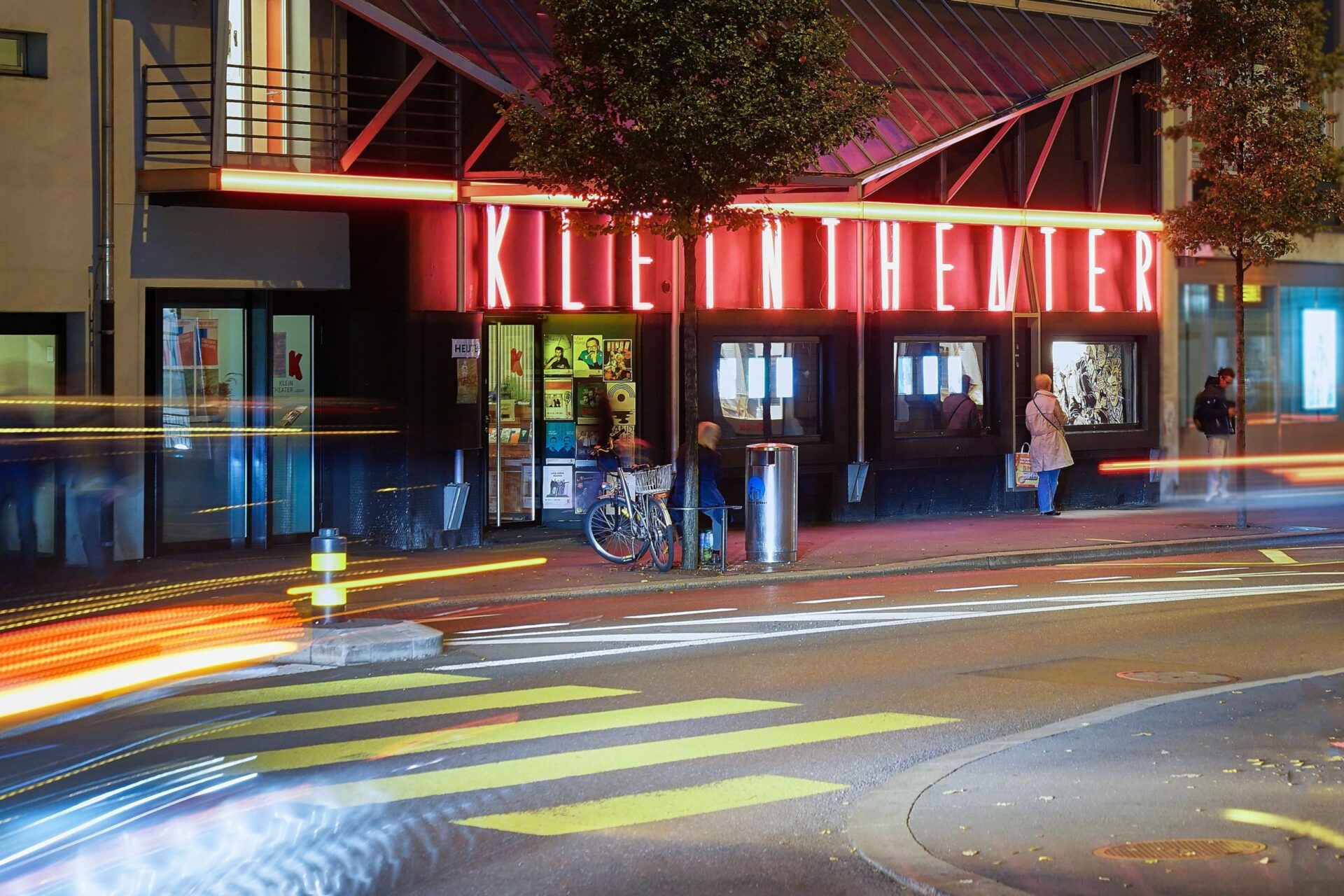 The Kleintheater Luzern is venturing into the digital age – away from the strictly real stage towards hybrid experiments. Cultural manager Fabienne Mathis explains in an interview what she is planning with the VR Lab. Societybyte: You want to focus – initially as an experiment – on theatre in virtual space. What do you mean by that?

Fabienne Mathis is setting up the Digital Stage at the KTL.

Fabienne Mathis: We are working closely with our project partner, the Lucerne University of Applied Sciences and Arts (HSLU), explicitly the Immersive Realities Research Lab as well as the Visual, Narrative Research Group. As a basis for our VR Lab, Dario Lanfranconi, a research assistant at the Immersive Research Center, has realistically modelled various spaces of the Kleintheater Luzern. On the one hand, we would like to offer the future VR audience a point of contact with the real Kleintheater Luzern and, on the other hand, provide a creative basis for the (experimental) projects that will be produced from February to March 2022.

Where and how do people go to see this theatre?

Where and how the productions that will be created in spring 2022 will be performed is only partially clear at the moment. For example, they will all be shown within our festival on theatre and digitality from 4 – 10 April 2022, how exactly depends on the respective ideas of the project groups. Whether we will be able to offer VR glasses for home use, as larger theatres in German-speaking countries already do, is not yet clear.

Will the theatre be seen synchronously by the audience, or can it be seen at any time? Since the call for projects in the virtual KTL is still open until 7 November, I can’t say too much about that yet. I can well imagine that there will be approaches that consider a reception of the developed scenes that can take place independent of place and time. But there will also be ideas that deliberately want to play with the linking of real and virtual space. 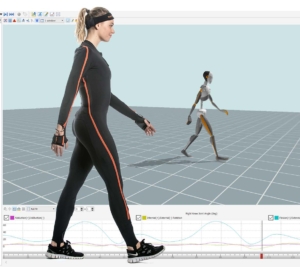 Representation of bodies with MoCap.

What do the audience see? A conventional drama telling a story or one of the many varieties of post-dramatic theatre? Are living actors playing or just machines?

I am convinced that the most exciting projects deliberately incorporate the realities of the newly emerging (virtual) spaces into the narratives that emerge within them. Whether this is done in relation to a conventional drama, as is already partly the case at the Staatstheater Augsburg, or whether new stories are (have to be) brought forth, or whether both are possible, is something that needs to be explored. Also the question of who or how is performed in these spaces and stories. From the representation of real-life bodies via MoCap suit technologies (see illustration) to the establishment of imaginative avatar figures, much is technically possible.

How does one act as an actress in virtual space?

It is very difficult for me to answer this question, as I cannot fall back on any personal references as an actress. At the moment, I am not (yet) in direct contact with actors who work on productions for virtual spaces. Nevertheless, I would like to take the liberty of anticipating that it will probably require not only a translation effort but perhaps even a new way of playing, whereby a very broad field of experimentation will open up. It will also be interesting to observe how drama is integrated into hybrid VR productions. In other words, productions that take place in both physical and virtual space.

What influence can the audience exert on their theatre experience in virtual space?

This is also a very production-specific matter, just as it is per se in every theatre piece. What is certainly interesting in this area is the use of social VR, a category of VR apps that focus on the interaction of different users. In these apps, users or audiences represent themselves through customisable avatars and meet in virtual worlds and spaces. At present, such social VR apps are already used for discussions, meetings, speed dates or information events, with interaction taking place via hand movements, speech and gaze direction. How theatre could claim such a technology for itself is to be tested.

You focus on a much more sophisticated form of digital theatre than streaming, but you also offer events with streaming. What experiences have you had with streaming and why are you taking a new digital path with theatre in virtual space?

In the spring of 2021, streaming was a way for us to get back in touch with an audience at all, especially through follow-up conversations via Zoom. In addition, it was also an important solution to expand the audience rows in the digital space, which were temporarily reduced to 50 seats. However, it quickly became clear to us that filming plays produced for the stage would not be a long-term option. Streaming remains an exciting option for our theatre with regard to talk shows such as StandUp Philosophy or comedy formats. It is not to be underestimated to build up an audience in the digital space, as this sometimes requires completely different communication strategies. We are currently dealing with this very intensively. New territory is also the design of the formal framework, for example, how do you agree on the typical “coming late” or “leaving early” without a lot of shuffling of chairs. We now have the possibility to talk directly with the digitally present audience via chats instead of only after a performance.

How do you see the future of theatre? Has the health crisis damaged it?

As in many other areas of society, the pandemic has revealed what has not yet been in focus. In theatre, I see potential to make more use of digital possibilities both backstage and offstage and in theatre in general. Our VR Lab will probably also show us which trends and practices will prevail. We have many exciting years of digital experimentation and exploration ahead of us.

Fabienne Mathis has been responsible for setting up the Digital Stage at the Kleintheater Luzern since spring 2021. She is currently studying dramaturgy at the ZhdK after completing a Bachelor’s degree in social sciences at the University of Zurich and HU Berlin and an M.A. in management, organisation and culture at the University of St. Gallen. Previously, she was the cultural officer of the Baar (ZG) residents’ municipality from August 2019 to July 2021.

The virtual Kleintheater Luzern (KTL) invites stage artists in Switzerland to realise a scene sketch. The VR Lab of the KTL offers the unique opportunity for virtual experiments on stage. The participants will be mentored for 4-5 days by a team from the Immersive Realities Center & the Visual Narrative Research Group of the Lucerne University of Applied Sciences and Arts and can use the technical possibilities of the Immersive Realities Center of the HSLU. The results will be presented at the Festival of Digital Theatre from 4 to 10 April. Those interested can apply directly to Fabienne Mathis by 7 November 2021.