You are here: Home1 / Interview EN2 / About the good life and the happy life
Interview EN,Transdisciplinary EN

Digitalisation makes a lot of things easier in our lives. But what really makes us happy in the digital age is not something digital, says happiness researcher and keynote speaker of the upcoming Swippa conference Prof. Dr. Joar Vittersø in this interview.

Mr Vittersø, in the western world we live in peace, usually have more than enough property and enough to eat – but somehow, it seems that we are not really happy, why?

I don’t know if I agree with your premises. True enough, progress optimists like Steven Pinker and the late Hans Rosling have presented tons of data on how wealth and prosperity increases in the world today. So clearly, many things are going well in the west and in the world overall. But people like Pinker deliberately avoid discussing the many alarming developments we are facing. Dramatic changes in the climate, for example, and increasing socioeconomic inequalities. We see more polarized, dogmatic and aggressive politicians, leaders who tear down the foundation for liberal democracies. So, reasons why we should not be too happy do indeed exist.

Nevertheless, a large majority of people in western countries report their life satisfaction to be relatively high. Whether or not that means that they are “really happy” is a tricky question. It depends among other things on how we conceptualize terms such as happiness and real happiness. Wellbeing researchers typically tell us that there is a conceptual agreement about what happiness is, and that it can be easily measured. I don’t agree. The so-called consensus about wellbeing is grounded on misunderstandings and sloppy thinking. As I see it, we are not in a position to make firm conclusions about happiness yet. Hence, I have some trouble being certain about people’s (true) happiness.

I believe it is important to have life projects that are meaningful and stimulating in the sense of offering opportunities to develop our potentials as human beings.

According to your research, what do people need to be happy?

Again, it depends on what you mean by happiness. If it is defined as life satisfaction, then happiness is typically about adjusting one’s expectations according to the circumstances. If happiness means pleasure, then fulfilling physical and psychological needs will make you happy. Being socially generous, having good family relations and nice friends contributes to pleasure and happy feeling as well. My research, on the other hand, includes more elements to the concept, and to avoid misunderstandings I prefer to talk about the good life rather than the happy life. A good life includes the elements above, and some others. I believe it is important to have life projects that are meaningful and stimulating in the sense of offering opportunities to develop our potentials as human beings. Some scholars call this kind of life a flourishing, or eudemonic life. That’s fine, but these more or less “catchy” words are just empty phrases unless we can specify them more coherently than we do today.

How can we influence our happiness?

There are many lists out there, with “quick fix” solutions for a happy life. Most of them include items such as cultivating your social relations, being thankful and having a sense of purpose and control in your life. Getting enough sleep is also very important, although, for some strange reason, it hardly reaches the top five ranking lists. What these advices have in common, tough, is their individualistic approach. They are privatizing the responsibility for the opportunities we have in our lives. Popular happiness advices concern YOU and what YOU can do with YOUR life. But humans are social animals and everything we do are embedded in culture. Hence, important “happiness influencers” are actually found in the way societies are constructed, in our political systems. This was the wisdom of ancient philosophers such as Socrates, Plato and Aristotle. They talked about the importance of teaching young people how to find pleasure in the right things, and how societies must facilitate an environment that allows for human development.

Today, people in Switzerland, the Netherlands and the Nordic countries lead better lives than people in the UK and the USA (in general, that is). There are reasons for this difference, and they go beyond individual choices. In order to efficiently influence happiness, one must therefore look beyond our own privacy, to the social and cultural levels and find ways to organize societies in so that they increase rather than decrease the possibilities for human development and growth.

Both meaning and relations are important ingredients in a good life, although I do not know their respective influences precisely. As for meaning, there is a difference between leading a meaningful life and trying to figure out what a meaningful life is for you. These two elements of meaning are very different. The former is associated with life satisfaction and feelings of pleasure and happiness. The latter can, for some people, be rather negative, while for others it can be associated with personal growth and the developing wisdom. The search for meaning can be rewarding and contribute to feelings such as engagement and interest.

If things don’t go well in the relationship, but at work, can you compensate and still be happy?

Common sense suggest that it is better to be satisfied with one out of two life domains, compared with being dissatisfied with both. But I really don’t know how much one can compensate for a troublesome part, by being successful in another. I know, however, that without good social relations, other areas of life tend to suck as well.

How do social media and digital opportunities  like WhatsApp, Chats, Videocalls and Skype affect our relationships and happiness with them?

I am afraid that do not know that literature very well. Social media seem to have both good and bad consequences, and as most things in life, the effect varies from person to person. Some benefit more than others, and some suffer more than others. Those in the know seems to disagree about the long-term effects. Jean Twenge argues for instance that the consequences of social media are rather harmful and can be observed as a dramatic decrease in the mental health of teen-agers. Other says that she exaggerates the effect

What can you give our readers on the road to happiness?

Some people are born with a rosy outlook on the world. They are satisfied with their lives and have more positive than negative experiences. To them I would say that they are lucky. But also, that they are at risk of not living their lives to the fullest. This is a risk given by the fact that being satisfied literally means that we are pleased with things as they are. Many people with high scores on life satisfaction do indeed lead rich life, though, and they are both satisfied and developing their potentials. But not all satisfied people are like this.

Other people tend to look both ways. Some do not even think that being satisfied is a good thing, because satisfaction prevents them from see their potential for further development. To those I would say that there are many good things in life that are unrelated to pleasant feelings and satisfaction. Having a rich and varied emotional life is valuable in itself. Moreover, the literature tells us that some of the deepest and most important experiences in people’s lives are not typically described as pleasant or even satisfying. Rather they are described as immersion, a sense of wonder, as curiousness and engagement. Or as the feeling of being on to something important. The process of fulfilling life projects, or figuring things out, can be highly rewarding in itself. That element of life has value even if it does not enact pleasure and immediate satisfaction.

Finally, I believe that trying to be a morally mature person is important for a good life, even if it does not give much in terms of pleasure, satisfaction or the development of personal skills. 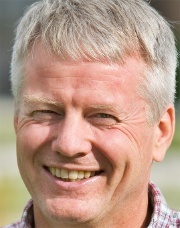