You are here: Home1 / Internetnutzung

The Internet in institutions for the elderly 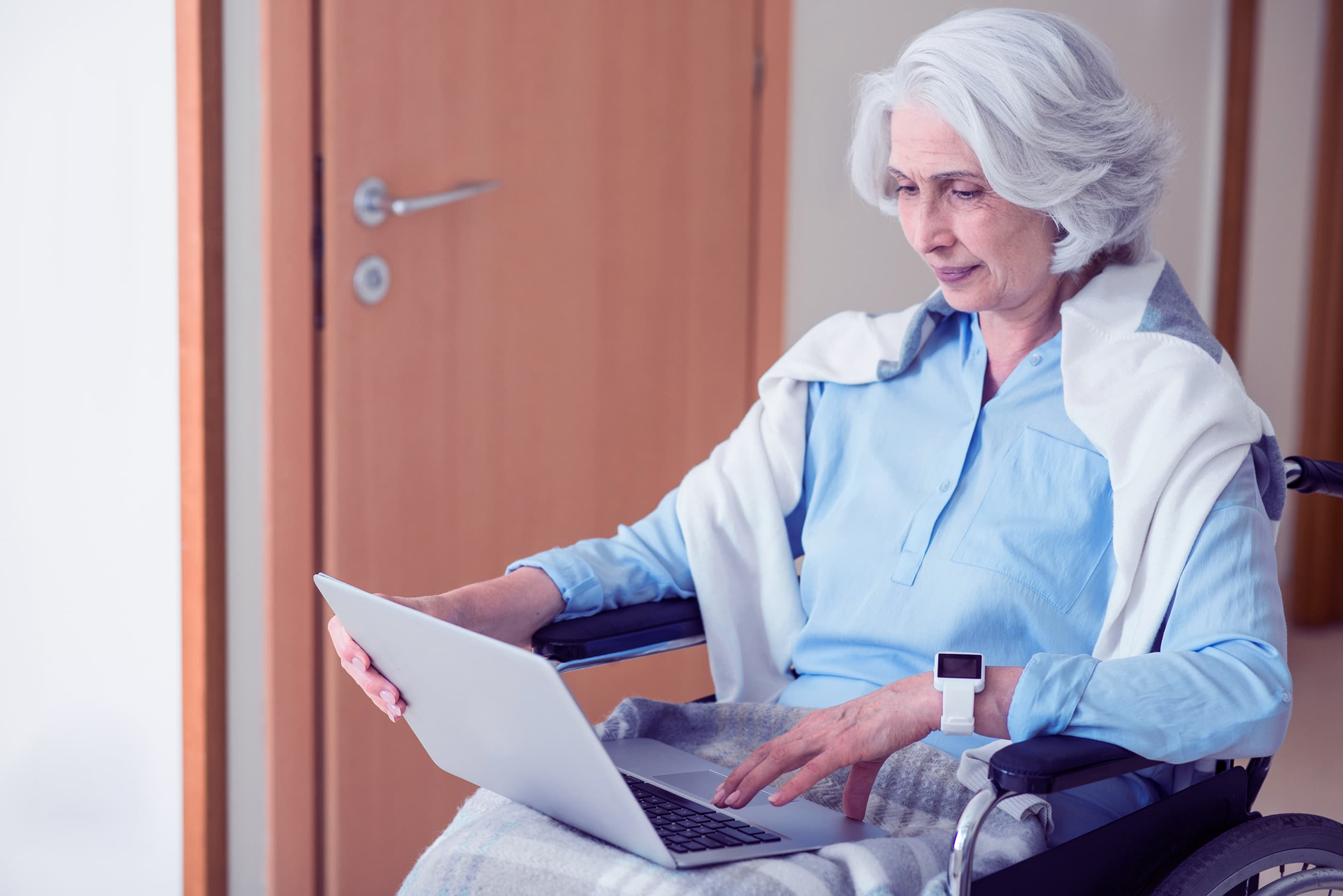 Internet use is ubiquitous, yet it has been little researched in residential aged care. This article discusses the results of two survey studies of residents of institutions for the elderly. The results show that Internet use has now also arrived in institutions for the elderly. Finally, the results are discussed with regard to the need for further research. For many people, surfing the internet is taken for granted in our digitalised world. However, older people are an exception, due to a lack of contact with the internet or a lack of functional, cognitive or social resources for using these technologies (Seifert, 2016). Residents of institutions for the elderly are particularly affected by this, as access to and use of technologies also depend on the framework conditions of the respective institution and internet access is often not available (Moyle et al., 2018). Increasingly, however, the interest and demand of older people for the digitalised world is growing, including among residents of institutions for older people. Until now, however, it has been unclear what internet use looks like in these institutions in the first place.

While internet use among older people in private households has been researched in detail, no studies have yet been conducted on internet use among older people in institutions for the elderly. Although it has been assumed that the residents, some of whom are very old, are less likely to come into contact with technologies such as computers or smartphones, if only because of health or functional limitations, the demand for use is increasing. Managers in institutions for the elderly are often asked by new residents for an Internet connection. The need for a corresponding technical infrastructure is growing, partly because more and more residents with Internet experience are moving into old-age institutions. Initial findings on internet use in institutions for the elderly were obtained at the end of 2016 in Zurich on the basis of two surveys (Seifert, Doh, & Wahl, 2017; Seifert 2017). Almost 2,000 residents were asked about their internet use: 730 residents from 18 homes of the Interessengemeinschaft gemeinnütziger Altersinstitutionen der Stadt Zürich (IGA Zürich) and 1,212 residents from the municipal retirement centres of the city of Zurich (ASZ). Of the residents surveyed, a total of 15% reported using the internet. The distribution of internet use correlated strongly with age: people younger than 80 years used the internet more frequently than those over 80. Overall, 43% of respondents used the internet daily, 31% used it weekly and the remaining respondents rarely used the internet. Compared to the older population as a whole, these are quite high values, especially considering health restrictions and infrastructural conditions of the inpatient living situation. The question now arose as to how the residents who used the internet differed from those who did not. It turned out that age, gender, care level and subjective independence influence internet use. Thus, especially younger male residents with a low care level and with subjectively perceived good independence use the internet. However, the correlation between internet use and perceived independence can also be interpreted differently: More Internet users than non-Internet users state that they feel independent. This leads to the assumption that internet use can strengthen the feeling of independence, since information, entertainment or services can also be accessed outside the institution via the internet.

Gaining knowledge and need for research

The Internet has thus arrived in institutions for the elderly. The results provide a first insight into this field of research, which is still little explored. The studies show that entry into an old-age institution does not have to be a limit to active Internet use. The connection between internet use and subjective independence is particularly interesting. This aspect should be researched further, because a more precise understanding of this connection is of interest so that caregivers can encourage and support older people in their independence. Another conceivable aspect is the positive impact of other technologies on the subjective independence of residents. These need to be identified and their potential uses critically examined. For institutions for the elderly, the results mean meeting the growing demand for internet access and providing the necessary technical infrastructure. Furthermore, informal and formal training offers are desirable so that more residents can benefit from access to the digital world. In addition, it should also be discussed what significance digitalised technologies can and should generally assume in everyday care and nursing, what opportunities and risks are associated with them in terms of well-being and the shaping of communication and relationships, as well as what added value can be generated with what measures through such technologies. These are exciting topics that will occupy not only research, but also practice more intensively in the coming years.