Why eating spaghetti can earn you minus points

From environmental protection to customs clearance to taxes – the Chinese government also monitors companies. Researcher Omar Serrano from the Institute of Marketing and Global Management at BFH Wirtschaft investigates what foreign investors have to observe in the respective provinces. Together with management consultant Anna Kämpfer, he talks in the podcast about the jungle of local regulations and how companies avoid ending up on the blacklist.

Here for a short version of the conversation and the podcast.

Omar, you conducted a study on the requirements that foreign investors have to fulfil in China. What did you find out? 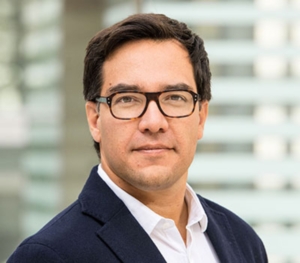 Omar Serrano is a researcher and lecturer at the Institute of Marketing & Global Management.

Omar: It’s about the social credit system, which also affects companies. China is developing its own regulatory model. Because there is no independent judiciary and the party plays a very important role, traditional, i.e. European or American regulatory models do not work. A central database stores the regulations and any penalties in the area of the environment or labour law. This means that if I am looking for a supplier from China, I can look to see if they have already had problems. In addition, companies are then checked further if, for example, there have already been problems with the environmental authority. A company can end up on a blacklist. Black list means negative, red list, positive. In addition, there are administrative fines. If you have a lot of them, you can also end up on the black list. This means that as a Swiss company in China, you have to regularly check that you don’t have any administrative penalties in your system or, in the worst case, that you are blacklisted.

Anna, you help companies through this jungle of regulations. What problems do the companies have and how can you help them?

Anna Kämpfer: I focus on e-commerce, social commerce and influencer marketing. In the area of cross-border e-commerce, you have the advantage that you don’t have to set up a company locally, but can export the goods directly from Switzerland. Nevertheless, you have to comply with the regulations, as Omar said. China is very complex because, on the one hand, there are many regulations and, on the other hand, they are very dynamic: what was valid yesterday may be different the day after tomorrow. In addition, laws are sometimes written that are not necessarily enforced. As a rule, you need people who keep up to date. Especially in e-commerce cross-border, if you know the regulatory issues, then the problems are more operational. But you can actually get around that if you do a good market and potential analysis. That’s where we help the companies.

What regulations are these, Omar? Are there fewer regulations for e-commerce than for foreign companies based in China?

Omar: We have seen that there are enormous differences. For example, depending on the province, regulations are more focused on environmental issues. Occupational safety is also something typical. A company in Beijing, for example, once had a problem with advertising. They used phrases like “national” and “the best”. But apparently only the Party is allowed to do that, which is why they got an administrative fine. Of course, political aspects are also taken into account. Shanghai, however, focuses very strongly on environmental issues and Jiangsu on safety at work. The regulations are very different from region to region, so it depends a lot on where you produce. 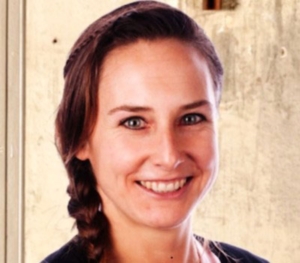 Anna: In cross border, there is the e-commerce policy. In general, foreigners are not very welcome because of the Dual Circulation Policy. Foreigners and also many expats have left the country. In cross-border e-commerce, the positive list of goods that can be imported has been extended. We interpret this as a sign that foreign goods are still welcome. In cross-border e-commerce there are currently more than 100 Special Economic Zones, which means that the conditions for a certain group of goods are good in the respective region. Customs clearance is also facilitated thanks to bonded warehouses.

But apart from the laws, it is generally a matter of what you are allowed to do and what you are not. You have to be extremely careful. I’ll give you an example from influencer marketing: I work with an influencer who has half a million followers on the Chinese platform Douyin, the equivalent of Tiktok. He is very careful about what he says or doesn’t say, because it is often linked to political events – whether and how censorship takes place. Especially foreigners had to pay attention to that at the time when Nancy Pelosi visited Taiwan. It was super sensitive. It was enough that someone ate spaghetti in a video. That was interpreted as a sign of the West and was not appreciated.

It sounds like a foreign company has to overcome a lot of hurdles, and then there’s the current political situation, which you can’t plan for. How attractive is it actually for Swiss companies to enter the Chinese market?

Omar: There are three big markets in the world: EU, USA and China. And China is now the most important market in many areas, such as the chemical, car and pharmaceutical industries. The middle class is exploding despite the economic problems caused by Corona. China’s economy has come out of that first low the fastest, growing by 3 per cent. You can’t underestimate that. Sometimes you think from the reporting that China’s boom is over. And it is not an easy market, indeed. China’s economy is generally much more dynamic than Europe’s, not only at the regulatory level, but also in terms of trends – it’s a market at turbo speed. For many companies, it has become the most important market. That’s why you have to deal with it. You can’t ignore it.

Anna, is that in line with your experience?

Anna: In general, I agree with Omar. Companies have to think; do they really want this? It is a big market and a very demanding market. You just have to be aware that time and resources have to be put into market analysis to decide if you want to enter the Chinese market. There used to be a lot of companies that thought, “Ah great, there are 700 million consumers, they’re all on Alibaba’s platforms. I’m going to make a flagship store and then I’ll sell very well, even if I only have 0.01% market share.” This is usually not successful because you have to invest a lot in advance to even be on these platforms and to be seen. Nowadays, people have learned that and they invest more in analysis. It’s also important to know that Chinese Gen Z buys exclusively into social media and pays attention to “by chinese”. This goes back to the wave of guochao. This is a national wave that was instigated by the government. The term describes a trend, especially among Chinese Gen Z, for Chinese culture, traditions and also brands. Guochao originated in the fashion industry and has become an important marketing aspect in all industries in the last two years. It is comparable to Swissness and the jousting games in our country. I observe the phenomenon and marvel at how it influences consumer behaviour: this second generation of only children has grown up with social media tools and seeks their company online. They prefer to play online games, have virtual pets or watch a film together, which they comment on online, instead of having physical contact with their peers. You could do a podcast on this phenomenon alone.

Omar: One should also not forget that we are in a pretty good position because we have a free trade agreement with China. Most European countries don’t have that, only Estonia and Norway. So Swiss companies have an advantage. But the practice is often different: we have done several studies, also together with the University of St. Gallen, and we have seen that Swiss companies do not use the free trade agreement. They simply don’t know about it. Conversely, Chinese companies know it very well and use it much more. Overall, I can also say that Chinese companies know our markets much better than vice versa. Nevertheless, it is the third most important export country for the Swiss economy and a market that continues to grow.

This is an abridged version, you can hear the whole conversation here:

You can find all episodes of Let’s Talk Business here.

Links on the topic

This podcast is produced with the kind support of: Audioflair Bern and Podcastschmiede Winterthur.