“Equal opportunities are an economic necessity” – a podcast episode

Three women from politics who are keen to see more female-led start-ups: in the 9th episode we talk to Aline Trede, National Councillor for the Greens, Claudine Esseiva, Member of the Council of States for the FDP and Ingrid Kissling, Director of BFH Wirtschaft and SP representative on the Bern City Council.

Click here for the podcast and an abridged version of the conversation.

Ingrid Kissling is Director of BFH Wirtschaft and co-author of the study on framework conditions for female founders in Switzerland.

In the last episode, we talked about the results of the BFH’s study on female founders. Ingrid, together with your co-authors, you uncovered areas where improvements are most urgently needed. One of them is financing. How can gender budgeting help? Ingrid Kissling: Currently, Innosuisse, the Swiss National Science Foundation, but also be-advanced, which is the cantonal funding organisation in Bern, mainly support technology and growth-oriented companies. If you look closely, you will notice that it is mainly men who benefit from start-ups and that women have less access to these funds. Gender budgeting aims to distribute funding equally to both genders.

This means that women found fewer technology and growth-oriented start-ups – and instead?

Ingrid Kissling: Women have a different way of founding companies. They either start up directly after their dissertation and then are just as technology- and growth-oriented. Or they start up, as the majority of women do later, in the middle phase of life. They do not primarily want to make a profit, but also an impact – in other words, a social or sustainable change. Venture capitalists, among others, confirm this. I was recently at a conference of the national organisation for social businesses and more than half of the participants were women.

Why do we need more impact-oriented companies?

Ingrid Kissling: That is a central question. Women study, have an apprenticeship diploma, good training and still decide to go back to the family and do care work. In economic terms, isn’t that an unbelievable loss of creative potential? At the same time, we are facing a shortage of skilled workers and cannot afford this as an economy. Moreover, women think and see things differently. Therefore, it is important that they help shape the economy, develop products and services, contribute creative potential and thus respond to the needs of female consumers, for example. Men’s technology-based companies only cover the male perspective, but it also needs the women’s perspective. We depend on competent women to participate in the economy. We need these women to create this transformation into a more sustainable and social society and economy. 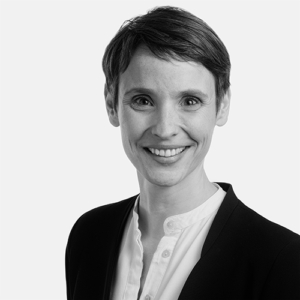 Claudine Esseiva is an FDP member of the Council of States and a partner at the Furrerhugi agency.

Claudine Esseiva: If I can start there right away. For me, equal opportunities is not a socio-political concern, but an economic necessity. It’s about Switzerland as a business location. We simply cannot allow ourselves to have women in our country who would like to work but cannot because there is no childcare, because the tax system is wrong or the incentives are completely wrong. That’s where we have to start, and there is now a cross-party consensus on this. This is not a social policy, left-wing issue, but economic policy. I remember an impressive speech by the Swedish ambassador who said: “You in Switzerland invested in Italian guest workers in the 1960s, we invested in women So Switzerland needs to invest in women, and invest heavily.

Another field of action is the network. Claudine, you are involved with the Business and Professional Women Switzerland (BPW). Do the research results coincide with what you hear there?

Claudine Esseiva: Absolutely. For women, starting a business is really a big overcoming. It takes a lot of courage to start a company. At BPW, women can network, encourage each other and learn from each other. In addition, we have a great diversity: we have female business owners in coaching, in gastronomy or also technology-based, in crafts and in engineering. It is important for potential female founders to always think of the STEM fields as a possibility. It is therefore all the more important to empower women in this area and to put the corresponding role models in front, on a stage. It is important for schoolgirls to see: “Aha, a woman is running an IT company, then I can do that too”. In these small steps, we at BPW are trying to change the social attitude of women towards business entrepreneurship.

What experiences have you had in founding a company?

Claudine Esseiva: I founded my agency in Fribourg with male colleagues. In everyday life and also in the working world, gender roles are still strongly anchored. For example, why and how you talk about money or how you network. My colleagues, for example, said: “We are a men’s group, we meet once a year and smoke cigars, Claudine doesn’t fit in there”. That’s true, I don’t fit in. But these very codes of the old, all-male world still work and persist. They are sometimes difficult for us women to break through.

Aline, how did you experience the foundation? 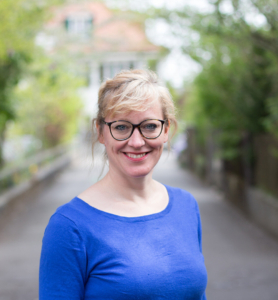 Aline Trede is a Green National Councillor and owner of the Kampagnerei agency.

Aline Trede: I got the courage and the tools with a further education course and then founded my own agency. I have had very good experiences and have always relied on women among my employees. I never had to go to a men’s meeting with cigars. We specialised in digitalisation in campaigning. We were taken seriously from the beginning because we filled a niche that was new. The reaction was something like: OK, we have to work with them, whether they are women or men.

You have different party affiliations and different committees, Ingrid at the municipal level, Claudine in the Council of States and Aline in the National Council. What can you move politically?

Claudine Esseiva: First you have to create facts to convince the parliamentarians and this study is an important first step. Nationally and cantonally, the majority of the committees are male and bourgeois. In the city of Bern, things are a bit different, there has already been some change. We have to convince the men above all, and for that we need the facts: How much is invested in companies run by women and how much in men? Then they will realise that something is wrong. Or show them what kind of companies we are promoting Is it right to promote only technology or would it perhaps make sense to promote value-based companies?

Aline Trede: The terrain is still very difficult, but we now have almost forty percent women in the National Council, which is a record, and you can clearly see in the mood and also in the decisions that there is a change. But change always triggers extreme fears and aggression. But fortunately it is always only the same few colleagues who resist. There are now parliamentarians, even in the SVP parliamentary group, who support these issues and dare to vote for them. We try to work together across party lines as much as possible. For example, the individual taxation initiative came from the FDP women. Practically all parties are involved, except the SVP. Left-right thinking is useless on these issues. Unfortunately, some people in the National Council often reject the term gender when it is mentioned, for example, gender budgeting. Some people misunderstand this, but it does not mean a battle of the sexes. I wish that these discussions would stop being polemical.

It sounds as if there is a better climate for the topic at the municipal level?

Ingrid Kissling: If you only look at the majority, then the city of Bern is of course in a very privileged position with red-green. But the concerns are also civic concerns: we want a functioning national economy, we want competence, we want competitiveness and we recognise that women can make a significant contribution. In terms of education policy, I see the leverage at the national level; when it comes to entrepreneurship, the cantonal and national levels are in demand. The leverage at the municipal level is more on a small scale, for example in projects on social innovations. But the big levers, such as individual taxation and tax incentives, are at the national level.

This is an abbreviated version, you can hear the whole conversation here:

More on the topic / Shownotes

About the Institute Strategic Innovation and Entrepreneurship of the BFH Economy

This podcast is produced with the kind support of: Audioflair Bern and  Podcastschmiede Winterthur.