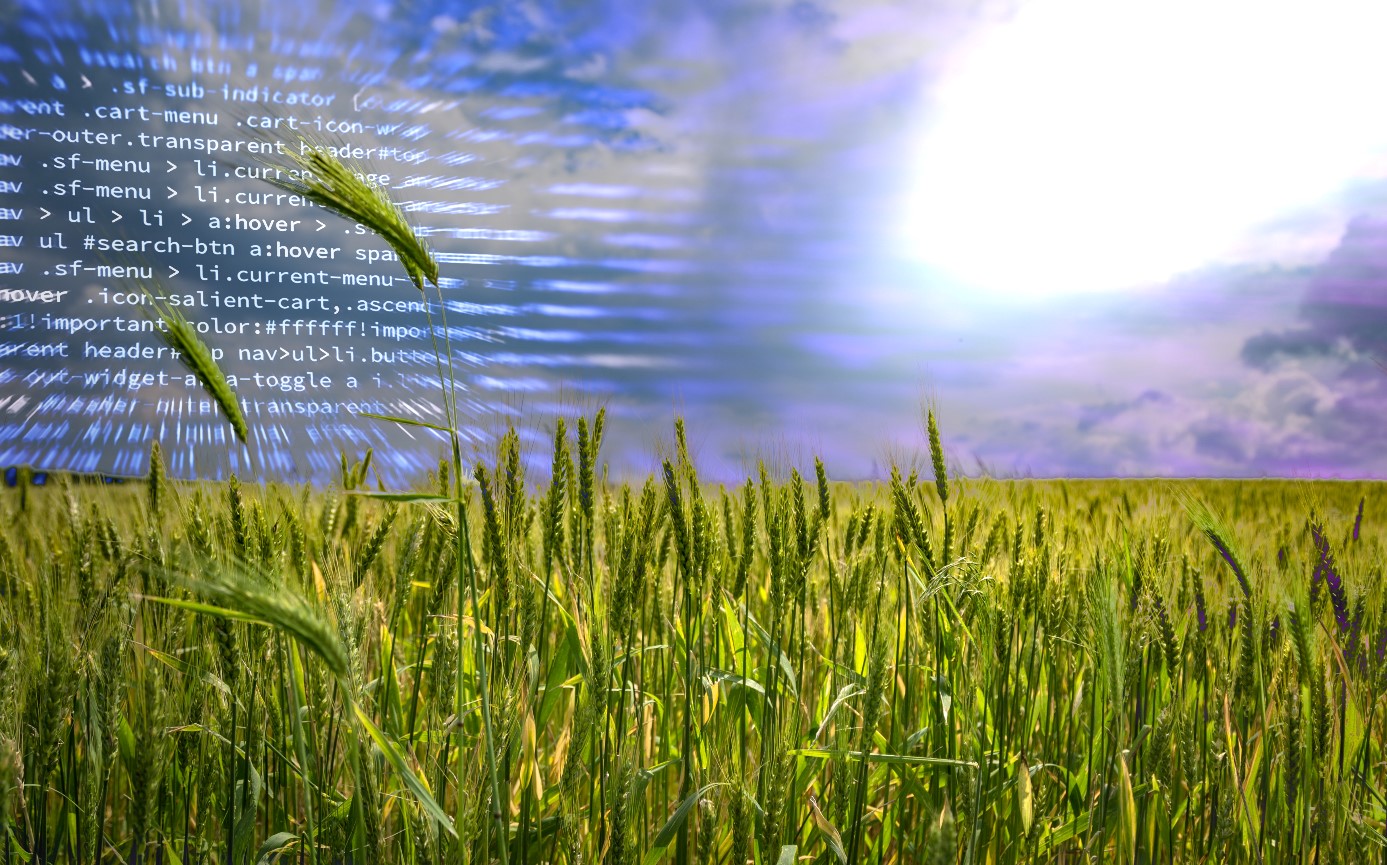 Agriculture is facing great challenges. On the one hand, it has to be economically successful, but at the same time it has to meet ecological demands. Many farms are already using digital technologies, for example to automate processes. An overview of smart farming by Samuel Moor, research associate at BFH-HAFL and student in our master’s programme Digital Business Administration.

Being a farmer in Switzerland surely has been less complicated than nowadays: On the one hand there is a pressure to feed ever more people all the while ideally not using more land, as the land is direly needed for either nature or living space for the people. On the other hand, there is the perception that some of the means agricultural producers employ to the end of producing the goods are anything but looking after the population and its surroundings. Thus, the general public is aware that some of these means might be damaging and the mood in Switzerland seems to change in regards of agriculture: It is no longer picture of fleckvieh cows, pristine alps and shiny bells that seem to come to mind, but rather of herbicides and liquid manure leaking into the water and ultimately groundwater.

All in all, agriculture really seems to be in a hard place these days. And it is also clear, while organic production might ameliorate the situation and perception in regards of sustainability of the production, it will not help in raising the production to hitherto unseen levels, as will be required to feed the growing population. It seems to be a zero-sum situation. However, it need not be!

Figure 1: Swiss Agriculture as perceived by the larger public at the end of the last millennium (left) and how technologically it looks in some cowsheds today.

Smart farming is already on the way

Next you find some examples in what fields digitalization is already now employed, and where the journey might lead in the years to come.

IoT devices can be useful in a number of ways in agriculture: in greenhouses, with crops, with livestock but also in newer fields (in Switzerland) like aquaculture and aquaponics (cf. Ruan et al., 2019, p. 91f):

Obviously, it is easier to reap the rewards of sensors in closed systems like aquaponics or greenhouses, where the control over many of the variables (e.g. temperature, humidity) is held by the farmer. Open system, like crop fields, however, could also benefit, as knowing even meteorological data may already give the farmer a lot of information. Surely then, having even more information at hand, like soil pH, nutritional values from the soil, and so forth, would provide the farmer (or the farm’s integrated system) even more information to make basic decision (where to fertilize, where to irrigate, etc.).

Robots and drones could be perceived as a subsystem of IoT: Automation works best if they have as much information as possible about the systems in which they operate. They may be deployed for different purposes (cf. Puri et al., 2017; Roldán et al., 2018):

Evidently, the more integrated the system is, the greater the potential benefits – as the system ideally knows where growth is subpar, as a consequence deploys drones to analyze and eventually countermeasures the problem (e.g. applies a specific herbicide very locally via a drone).

While the benefits in sustainability at first seem rather abstract, it is in the context of the whole problem where potential rewards may materialize themselves. At first, there is a lot of energy that has to be spent on the equipment and machines that are deployed in the field, but the gain in efficiency of the resources spent afterwards (water, fertilizer, herbicide, pesticide) will be significant. Ideally, fewer resources have to be spent overall, which is interesting from an economic perspective, but also, first and foremost, from a sustainability perspective, as these resources are either scarce (water, fertilizer) or potentially damaging (herbicide, pesticide). At the same time the same area should be more productive, as the environment provided should be more ideal than before and pests should be better under control. Thus, both goals can and will be tackled at once: The production of agricultural goods can be increased, but at the same time its resource use will decrease. Especially the widespread use of herbicides and pesticides can be circumvented; pests can be controlled in a more targeted fashion, which will in turn lead to overall lower pathogen levels.

Digitalization as a whole seems to be in a similar place as agriculture: It has lost somewhat the trust of the general public (Osburg & Lohrmann, 2017). Although, one could argue that digitalization never had the trust in the first place. Thus, to prove its potential to make processes more efficient and cleaner (digitalization) and at the same time producing more by using fewer resources (agriculture) could be beneficial for both fields and it could therefore serve as a case in point in how digitalization can effectively transform a system for the better.

The advantage of the field of agriculture, at least in Switzerland, is that it is still tangible – the people are far from alienated from it. They understand where milk comes from, how grain is grown and harvested (at least they get the general gist) and it is very easy to demonstrate what the direct benefits of digitalization are in this respect. This is in contrast of industries, e.g. the machine producing industry, where the general public arguably has less access to and therefore also cannot immediately grasp where the advantages of digitalization lie (or at the very least the majority would have to spend some time to understand processes in a factory). Thus, it is easier than in other industries to demonstrate the cause and effect relationship of digitalization and potential good benefits.

Samuel Moor is a research assistant in Teaching at the School of Agricultural, Forest and Food Sciences HAFL at BFH. He is currently studying for a Master's degree in Digital Business Administration at the Department of Economics.