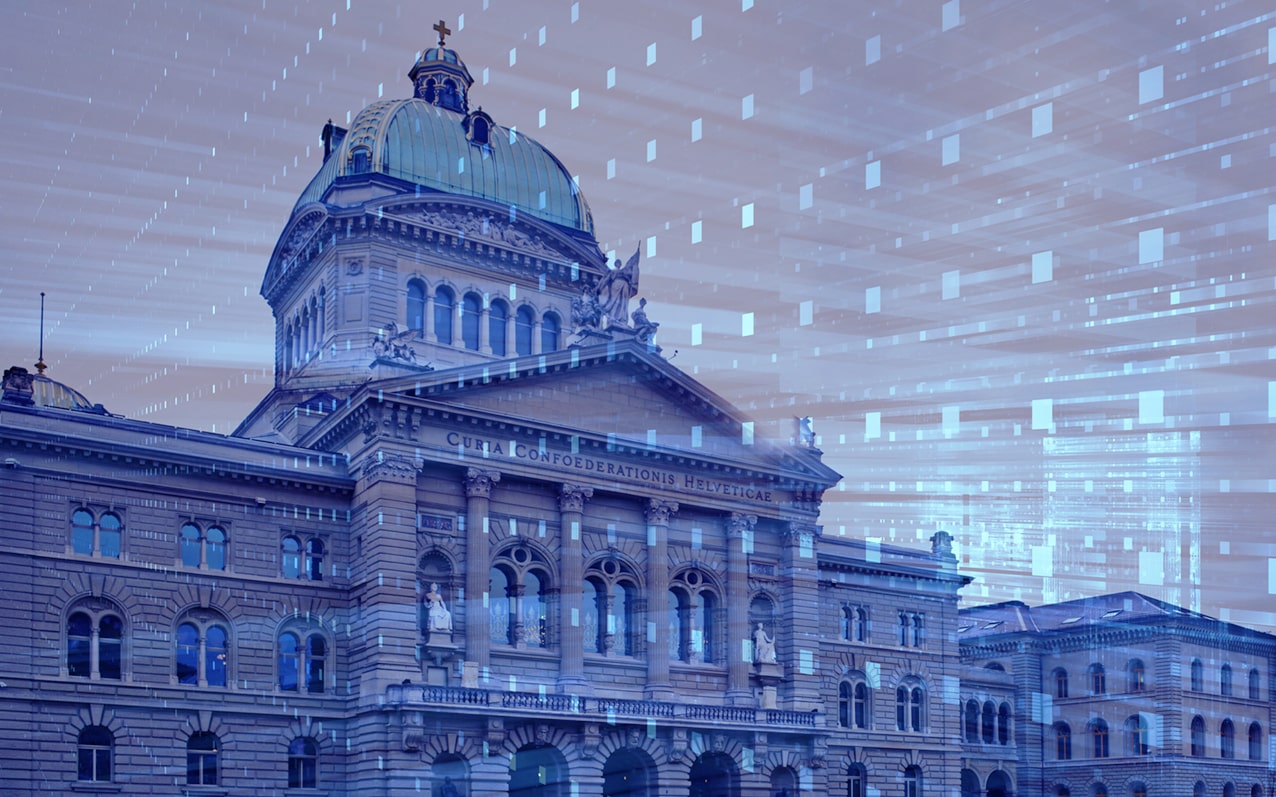 The “Digital Administration Switzerland” is intended to give e-government a boost. How the new organisation and the eCH association could more actively steer and implement standardisation was explored at an evening event in Bern.

People who change their place of residence, want to build or pay taxes are increasingly contacting the administration online. Such matters can be dealt with conveniently on the computer or mobile phone. They are not tied to office hours and save themselves a trip to the counter. “The population expects digital services from a single source,” said Peppino Giarritta, president of the eCH association and federal and cantonal commissioner for Digital Administration Switzerland (DVS). This puts the administration under pressure. The Confederation and the cantons want to accelerate the transformation with a new organisation. The DMS is to combine existing forces and improve political and operational cooperation. The goal is to consistently implement the “digital first” model of the current eGovernment Strategy Switzerland at all three levels of government, Giarritta explained. “The DMS will steer and coordinate this process”. The e-government specialist will lead the new cooperation organisation, which will also involve municipalities and cities. He has been busy with the set-up work for half a year; operational business will start at the beginning of 2022.

The administrative offices of the federal departments are innovative to varying degrees, Giarritta reported. Some are already very advanced in terms of digitalisation, others have some catching up to do. “Similar questions arise as at the cantonal level,” said Giarritta, who previously headed the Digital Administration and E-Government Department of the Canton of Zurich. In order to be able to offer more and better online services in the foreseeable future, there needs to be more cooperation, he said. It pays to share developments and experiences across departmental, municipal and cantonal boundaries. “This still requires a change in thinking from some people.” The DVS will network, set content priorities and define framework conditions. It will support individual digitisation projects and is to contribute in particular to the creation of national infrastructures and basic services. It will also promote standardisation and interoperability. “Standards are central when new services are developed,” Peppino Giarritta emphasised at the evening event organised by the eCH association, which could also be followed via a livestream. You don’t always have to reinvent the wheel. Standards ensure that innovations fit into a whole. It is therefore worthwhile to take them into account and demand them in projects at an early stage.

“Whether standardisation prevails ultimately depends on the market,” said Urs Fischer, CEO of the Swiss Association for Standardisation (SNV). The SNV therefore always thoroughly clarifies whether a standard meets a broad need. Even when it comes to working out the details, it involves all stakeholders and the public. “We don’t exclude anyone,” says Fischer. “Critics and competitors sit at the same table.” This consensus-building is sometimes laborious, the CEO admitted. However, it contributes to a standard being perceived as legitimate and followed. The SNV reviews its specifications every five years; it adjusts or repeals them if necessary. “If you don’t standardise, you get standardised.” Martin Rüfenacht, member of the eCH Board of Directors, started the panel discussion with this often quoted sentence. It revolved primarily around the question of how the eCH association and the DVS can jointly promote standardisation in the future. Existing standards must be made better known, said Manuela Kleeb, deputy managing director of eOperations. Those who manage IT projects must specify more bindingly that they will be used and also check this. “We need to involve all stakeholders more.” Manuela Kleeb recommended also approaching software suppliers to make them aware of standardisation. “Uniform solutions should arise from a need.” Lars Steffen, consultant at AWK Group, said that his clients often do not know exactly which standards already exist. If they are informed, however, they are motivated to apply standards. “They see that it can save administrative effort.” The co-leader of the new eCH specialist group on education also spoke out in favour of more coordination and bindingness. Currently, each department has the competence to regulate data exchange in its own area, he criticised. “The result is a patchwork quilt

DVS contributes to new proposal for an E-ID

The willingness to cooperate more is there, said Peppino Giarritta. Standards do not necessarily have to be enshrined in laws or regulations to be observed. “Many are simply lived”. The DVS will not simply steer from above, the commissioner assured in response to a question from the audience. She was open to impulses. Among other things, the new organisation is involved in the work for a digital identity (E-ID). After the electorate rejected a private solution in the spring, a new concept must be developed. It should be ready by mid-2020. “Our ideas are well received in politics,” said Giarritta, expressing confidence that a satisfactory proposal will come about. “The DVS will help shape future developments.”

The eCH association holds an open evening event on eGovernment and standardisation once a year. This year’s evening event on 22 September 2021 in Bern was entitled “Networking and cooperation between eCH and Digital Administration Switzerland”.

Eveline Rutz is a freelance journalist. She writes primarily about political, social and scientific topics. She wrote the article on behalf of the eCH association, which develops standards in the field of e-government - for efficient digital collaboration between public authorities, companies and private individuals.