New standard makes it easier to avoid barriers on the internet 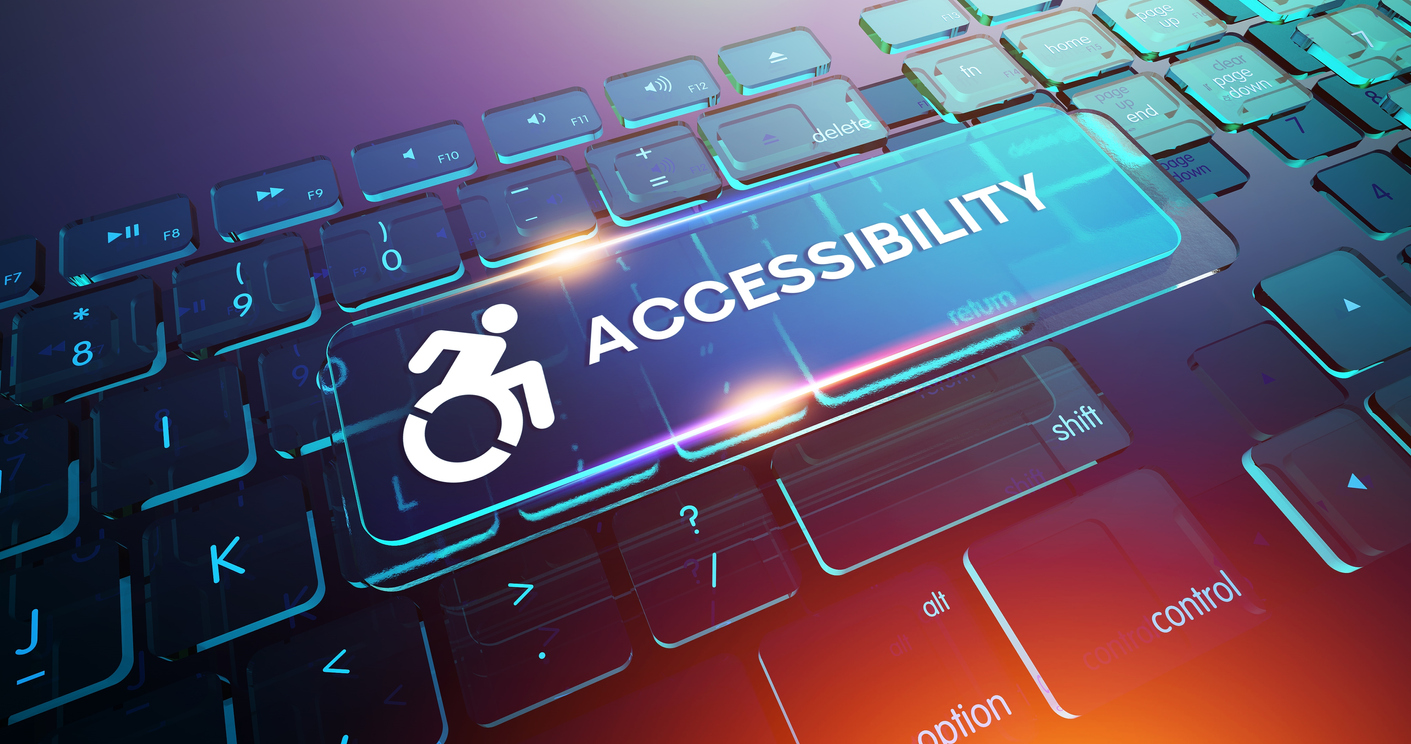 Digitisation could help people with a disability gain more autonomy. However, many e-services are not yet barrier-free. In order to change this, incentives, sensitisation, standards and improvements in training are needed, was the consensus at the national online conference on e-accessibility. For many people, shopping, banking and dealing with authorities via the internet is part of everyday life. The Corona crisis has further increased the demand for digital services. However, people with disabilities can only use a fraction of the offers. They come up against sometimes insurmountable obstacles. “Many operators are not aware of this,” said Sylvia Winkelmann-Ackermann, executive director of the foundation “Access for All”, recently at the online symposium E-Accessibility. As she explained on the basis of a recent study, only a quarter of the online shops with the highest turnover and transactions are accessible well to very well. 17 of 41 websites examined are only partially accessible. 14 shops are not usable at all for people who are acoustically, visually, motor or cognitively impaired. “This excludes 20 percent of the Swiss population,” criticised the speaker.

Why a purchase is not possible

Mo Sherif, accessibility consultant, demonstrated how a blind user shops online. In order for a screen reader to support him, he is dependent on the input fields of a website being backed by text. At “Swiss”, where this is given, he can comfortably book a flight. Information that is only available as a picture, on the other hand, remains hidden from him. The same goes for the shopping basket at “Digitec”. Visually, it is on the right edge of the screen, but for a screen reader it is in a different place, where Sherif does not expect it and is not looking for it. “The operation is not practicable,” is his verdict. “The hurdles are manifold,” says Sylvia Winkelmann-Ackermann. Hearing-impaired people are disadvantaged, for example, when videos are not subtitled. People with motor impairments are excluded if navigation only works via the computer mouse. With the necessary knowledge, such barriers can be prevented, the managing director made clear. In the end, everyone benefits from this: “Digital accessibility helps us all

Honouring those who are accessible

Gerhard Andrey, entrepreneur and National Councillor (Greens/FR), praised the foundation for bringing the topic to the attention of experts. Although accessibility is required by law, it is only partially given. “Lack of sensitivity, lack of knowledge, lack of pressure and a lax approach to standards lead to big gaps in implementation.” The co-founder of a web agency criticised the PDF format as a misunderstood digitalisation. It was created to print content, he said, and not for display on the screen. Andrey advocated moving away from it altogether for digital content. Instead, he said, it should be structured; web standards to that effect have existed for a long time. “One could reward companies that guarantee accessibility,” the National Councillor suggested. They could be favoured in procurement law, as is done with training companies.

“The new standard is a milestone”

Markus Riesch, Head of the E-Accessibility Office at the Federal Office for the Equality of Persons with Disabilities (FOGE), also spoke in favour of incentives, but also for awareness-raising and improvements in training. Providing all people with access to digital services pays off for companies, she said. “We have still succeeded far too little in communicating accessibility as a business case.” The eCH-0059 standard, which was adopted in June, helps with implementation. It is based on the internationally recognised WCAG 2.1 (Web Content Accessibility Guidelines) and specifies requirements for plain language and sign language. Public authority information in particular is often written in a complex way, said Riesch. “Either way, it needs to be more comprehensible.” According to the new standard, websites and mobile apps must have an accessibility statement. They must also have a feedback mechanism that captures a notification, request and application form. Markus Riesch was pleased with the milestone. “But the standard is only as good as it is implemented.”

A stable standard creates orientation and clarity, emphasised Andreas Uebelbacher, Head of Services at the Access for All Foundation. He presented WCAG 2.1, which set requirements for entire pages and processes. Among other things, they require that an application must be designed in such a way that it can be displayed in all sizes. It must also be able to be used in portrait and landscape format, which is relevant for mobile apps. Whether a product meets the regulations can be checked with an accessibility checklist that “Access for All” has developed. Project manager Manu Heim spoke of a “tool that is easy to implement”. It is worth involving the target group at an early stage and taking their feedback seriously, said Esther Buchmüller, project manager of the new SBB Inclusive app. “We asked ourselves: What information needs do visually impaired and blind people have when they travel? What barriers do they encounter today?” The result is a mobile app that brings the customer information at the stations and in the long-distance trains of SBB to the smartphone. It helps to keep people informed during their journey. “If you do it together, you get where you want to go,” the speaker emphasised. SBB Inclusive will be available from the timetable change on 13 December.

“Becoming part of everyday life for all of us”

Through Corona, the digital became part of everyday life for all of us surprisingly quickly and strongly, said Andreas Rieder, who heads the ETUCE. Everyone had experienced what it was like to have no access at times. This is an experience that people with disabilities often have. “The pandemic in particular showed how important information in easy language is,” Rieder continued. In order to further promote accessibility, a special effort is still necessary. The political and entrepreneurial will is needed, as well as guidance, support and standards.

A task that is never finished

The new eCH-0059 standard facilitates the implementation of accessibility, representatives from the field report. “It is important for us because it provides us with a framework and guidelines,” says Roberto Capone, Head of the Digital Administration Office of the Canton of Bern, for example. “It helps us to make our digital services easily accessible to people with disabilities.” The fact that access to e-services should be guaranteed regardless of education, origin and age is part of the Digital Administration Strategy in the Canton of Bern. The requirement is now also to be anchored in the law. She hopes that accessibility will become a matter of course in all digital applications, said Isabelle Haas, project manager Corporate Social Responsibility/Accessibility at Swiss Post, at the conference. “Raising awareness of this is a task that never ends.”

Eveline Rutz is a freelance journalist. She writes primarily about political, social and scientific topics. She wrote the article on behalf of the eCH association, which develops standards in the field of e-government - for efficient digital collaboration between public authorities, companies and private individuals.