An agile mindset is the key to digitalisation 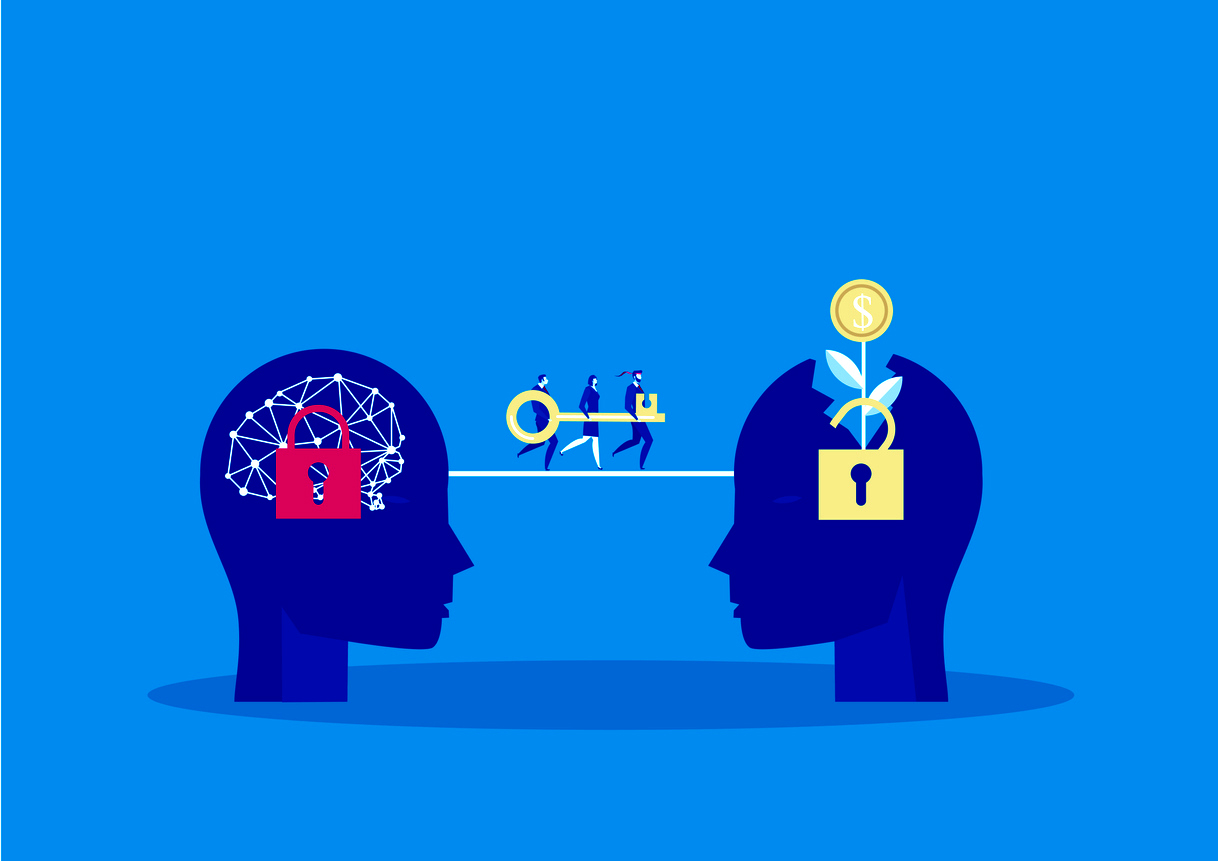 It is clear to most companies that digitisation is not just about technology. But learning agility is particularly difficult for those companies that have been successful with a traditional corporate culture. Five case studies shed light on a special and still little understood process In many companies and public institutions, the question is no longer whether we need to become more agile. The question is: how do we do it? Which intervention strategies help us to react more quickly and flexibly to changing conditions? To answer these questions, five cases were examined in depth and presented as case studies.

Technology does not decide

Agilisation is often perceived as a requirement in the context of the Digital Revolution. In many places, therefore, a close reference is made to the technological environment, be it in the customer relationship or in team communication. However, technology did not emerge as particularly critical in the case studies. It was neither a bottleneck factor nor a decisive driver of the observed projects. This suggests that technology is indeed important in the economy as a whole, but it is also so available and ubiquitous today that it is not particularly important for the success of operational agilisation. The real challenges are not in the technology, but in the people.

During the analysis, numerous aspects emerged that hindered success. There is not enough data to determine exactly how critical each factor is to success or what it might depend on. However, the following aspects led to problems in more than one of the cases:

Agilisation is a soft factor

Four factors turned out to be crucial for success: project set-up as well as leadership understanding, participation and “inner work”. While the project structure with manageable interfaces can be thought of separately, the other three factors are closely interrelated. Keeping them separate serves above all to shed light on them comprehensively. Project structure means that the need for the project, the vision and goals have been well clarified and convincingly communicated to the staff, and that thought has been given to how the higher levels (governance structure) are to be involved. This may seem trivial at first. However, there is a real danger that a few enthusiasts, who know the zeitgeist is behind them, start an agility project without operational necessity and begin more with acquiescence rather than support from higher up. So these basics of change management apply here too. In retrospect, the managers concerned describe the common understanding of leadership as crucial. It emerges as the greatest overarching challenge of all the case studies. It is all the more surprising that in almost none of the cases was an agile understanding of leadership particularly promoted. Active interventions to improve the understanding of different leadership directions were hardly implemented. Self-leadership, for example, was treated as time management. This points to a central dilemma of establishing a more agile mindset: On the one hand, leaders become more important because they now have to be role models for something new in addition to the day-to-day business. They have to carry and represent the vision to the outside world as multipliers in order to move the employees also on a cultural level. On the other hand, they become less important because they relinquish their formal power at least partially, otherwise no real agilisation takes place in terms of content. – Some managers, depending on their personality, have only limited interest in relinquishing power. Resistance, even sabotage, cannot be ruled out. What they can gain from this is not automatically clear to everyone, and it is probably also different things depending on their point of view. In other words, leaders first need an extra portion of power in order to be able to relinquish their power afterwards, whereby the second step is not equally easy for everyone. In the cases observed, there is surprisingly little professional preparation for this critical and actually predictable problem.

Independence must unfold itself

Another point follows on from this: the participation of those affected. This is really nothing new. It seems obvious that agilisation will hardly succeed in any other way. Nevertheless, this aspect is not lapidary, because managers have to implement agilisation, which means that they have to leave their own role and behaviour patterns at the same time. Especially under pressure, it is challenging not to fall back into old patterns. The paradox is that the independence of employees cannot be ordered by managers. Independence can only be introduced and then allowed and supported. This brings us to the last factor: “Inner Work”. This refers to “work on the individual and on the team culture” and aims at a “human maturation in the course of which employees become inwardly stronger and more self-confident”. (Breidenbach and Rollow 2019). Measures are therefore needed that contribute to the development of a new mindset. On the one hand, this concerns the individual employees, and on the other hand, it concerns the team level, for example, the commonly shared idea of which behaviours are normal, which are tolerable and which are not. It is remarkable that in all cases this factor was underestimated and had to be improved afterwards. On the one hand, it speaks for the managers who noticed this absence and reacted; on the other hand, this consistently committed mistake seems avoidable by taking these experiences into account.

The analysis of the case studies has shown that the attention in an agilisation project must be directed to four aspects: Project set-up, leadership understanding, participation and “inner work”. For the successful agilisation of a company or department, it is important that these factors are well understood and recognised as significant individually, but also in their interaction. The projects studied initially underestimated these factors. Detours, tensions and stresses could have been avoided with the knowledge now available. It is also important that the project itself is agile in the sense that errors are quickly recognised and corrected.

This article is based on the results of the master’s thesis by BFH graduate Carole Steiner.

We want to investigate the effect of short mindfulness interventions on psychological safety in teams. This is a core element of the “inner work” mentioned in the article and thus highly relevant in the context of agilisation projects. However, the investigation of the correlations could also take place in other contexts. Partner companies would have to be willing to work on the project and contribute financially. They will receive professionally executed interventions and relevant results at first hand. If you are interested, please contact alexander.hunziker@bfh.ch.

Prof. Dr. Alexander Hunziker is director of studies of the EMBA Public Manager and lecturer for Mindfulness, Positive Leadership a.o. at the BFH Wirtschaft.

Carole Steiner completed her MSc BA at the Bern University of Applied Sciences and is a project manager in the human resources department of the Langenthal municipal administration.