You are here: Home1 / Event report EN2 / “Do you think your job could be taken over by a robot?”
Event report EN,Lessons from the Covid19 crisis,Machine Intelligence EN

“Do you think your job could be taken over by a robot?” 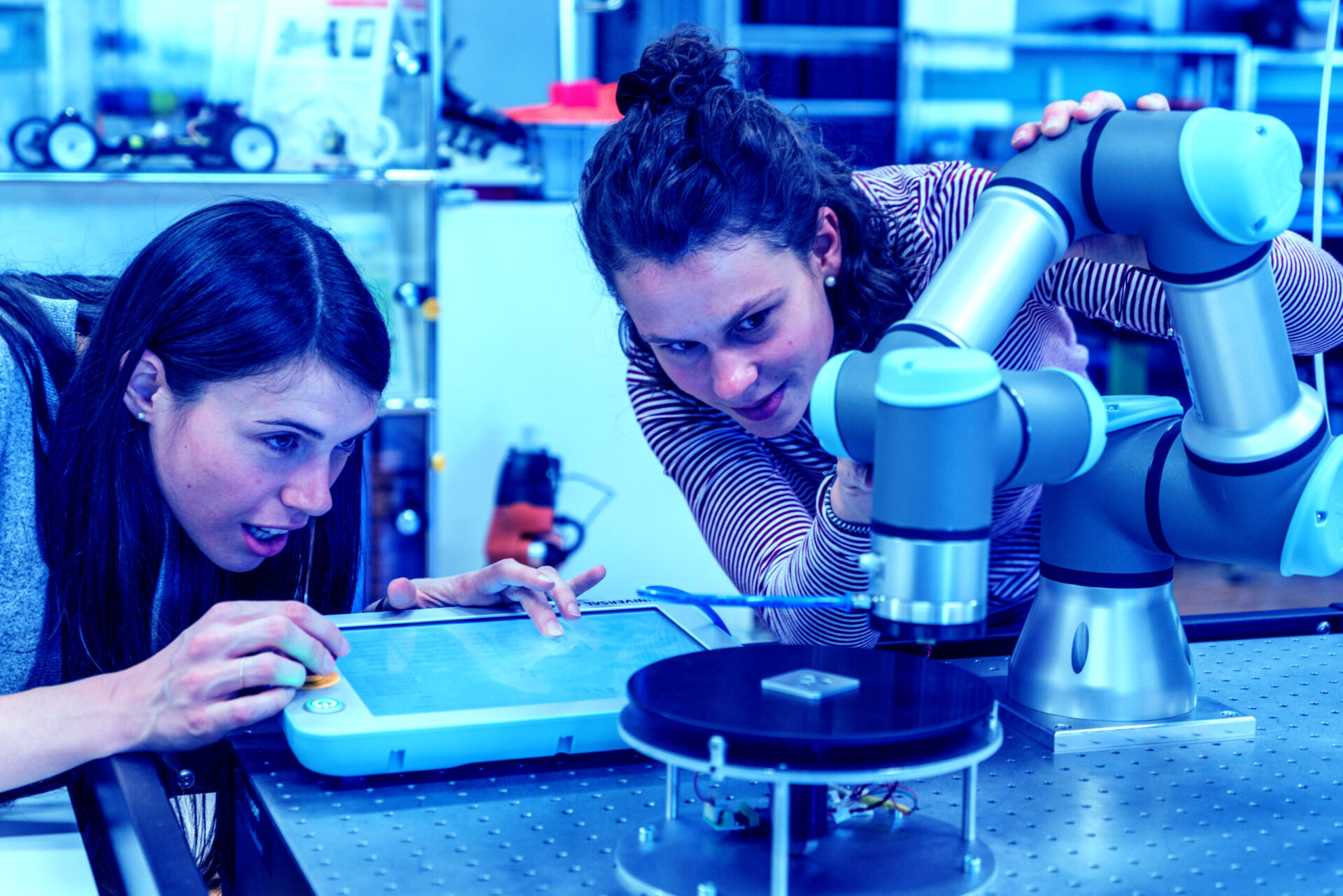 “Aimeriez-vous qu’un robot prenne soin de vous?” – with questions like this, the Neues Museum Biel invites you to two current exhibitions: Hello, Robot – Design zwischen Mensch und Maschine, which takes a multi-faceted look at the changing human-machine relationship, and Biel/Bienne 4.0 – Revolutions at Work since 1800 , which looks at the historical changes in the world of work at the local Biel site In their juxtaposition, the two exhibitions raise pressing questions about the social, political and ethical implications of a working world 4.0. These were to be taken up and discussed with an interested public at the Night of a Thousand Questions, which was planned for 24 October. But with the closure of the museum due to the Covid-19 measures, all planned events on site were also cancelled. But what would an exhibition on Work 4.0 have been if a technical solution had not been found without further ado and the debate had been broadcast in a virtual live stream? Exactly!

From the analogue, face-to-face debate to the virtual livestream

This technical switch brought two important insights. Let me explain briefly: The curator of the exhibition, Florian Eitel, invited us to the debate. Participants from the world of technology were Bernat Palou from the Association for Collaborative Research in Microtechnical Means of Production, Beat Baumann (UNIA) representing the perspective of workers, and Sarah Dégallier Rochat (BFH-TI) and I (Nada Endrissat, BFH-W) representing research. This diverse group could undoubtedly have given the audience answers to a wide range of questions. And there are plenty of questions about Work 4.0. While the benefits of automation for productivity and customer orientation seem obvious, the long-term consequences for the quantity and quality of work are uncertain. It is also open why the promise of a 15-hour week, as propagated by automation advocates and economists since the 1970s, has still not been fulfilled despite substantial productivity gains. But also: What possibilities for re-humanising very monotonous, highly repetitive and tiring work can automation bring? How can automation strengthen Switzerland as a business location and who is responsible for the up-skilling and re-skilling initiatives for workers that are deemed necessary? In a nutshell, Work 4.0 is about nothing less than the impact of digitalisation on our social contract and the future of a digital society, with all its essential questions about democratic participation, social (in)equality and tendencies towards polarisation. So much for relevance.

The Medium is the Message? Live stream illustrates work 4.0

Although these issues were addressed by the participants in the debate, the COVID-19 constraints made “real” interaction difficult. The debate, as important as it was and is, lacked something: real exchange, real engagement with the different positions. Was it possibly due to the medium of virtual transmission? In the 1960s, Marshall McLuhan coined the provocative statement “the medium is the message”. With this statement, the Canadian media theorist wanted to draw attention to the fact that, in addition to the content of a message, the medium of communication is of central importance. According to this, new communication media (technologies) change our interactions and thus actually influence the topics we talk about. Unintentionally, the debate via live stream expanded the exhibitions and allowed all participants to experience Work 4.0. The technically mediated discussion as an artefact of a changed human-machine interaction gave us an idea of what consequences a virtual working world can have on the form of our discussion. So much for the first insight.

New information and communication technologies pretend to bring us all closer together and promote collaborations. But often the opposite occurs: In the long run, heavy use of communication technologies leads to isolation, loneliness, and increasing polarisation. Studies by renowned researchers like Sherry Turkle at MIT show this impressively. At the same time, it is impossible to imagine the new world of work without technologies. Apps like Zoom, MS Teams or Skype demonstrate their invaluable value daily during the COVID pandemic. They make it possible to conduct and sustain working relationships, meetings and discussions. And yet, there is also a kind of disillusionment and fatigue (the so-called “zoom-fatigue”). Virtual discussions and meetings often end unsatisfactorily, decisions are postponed, unpleasant votes prove difficult. The exchange often simply does not want to succeed. Mind you, Sherry Turkle’s books “Alone Together” and “Reclaiming Conversation” are not about anti-technology discourse. Instead, Turkle advocates the preservation of personal dialogue. She emphasises the importance of face-to-face exchanges characterised by presence, empathy and commitment. Events like the originally planned debate are a good example of how different positions can be brought together in the “here and now” and illustrate how the shaping of the common future can benefit from disagreement and compromise. The message remains central. That is the second insight. Hopefully, such encounters will soon be possible again. The discussion about Work 4.0 and the future of our society must not get lost in virtual space, but must remain “tangible” and “close”. When the doors of the museum open again soon, take the chance to visit the exhibition in Biel. And then we should talk. Preferably in person.

At the BHF Centre Digital Society and the associated institutes, research is currently being conducted on topics related to the topic of Work 4.0. A selection of projects:

The debate on the homepage of the Neues Museum Biel.

Prof. Dr. Nada Endrissat is a member of the New Work and Organization Group at the New Work Institute at BFH Wirtschaft.