Lessons from the Covid19 crisis: How the courtroom went virtual (1) 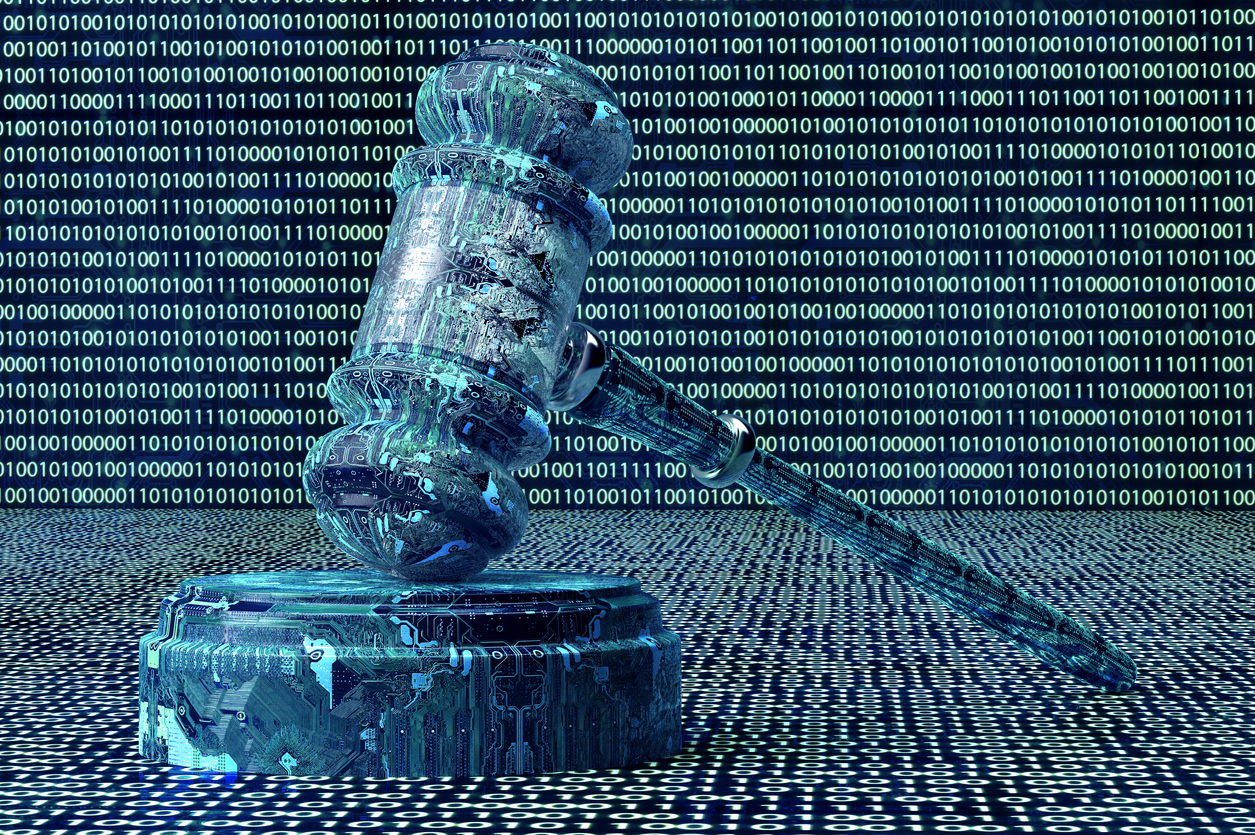 The judicial authorities are not known as particularly innovative or digital. However, the contact restrictions of the pandemic have now given a powerful push to the digital transformation – an overview of the status quo It was not too long ago that the drivers and advocates of digitalisation in the justice sector were confronted with a rather cool argumentative wind. Sometimes it was said that the analogue justice system in Switzerland functions efficiently and reliably (especially in comparison to other countries), whereas the advantages of digitalisation still have to be proven and their costs justified. Home office was simply unimaginable or not possible for many in the justice sector. Only relatively recently, against the backdrop of changed social realities, the realisation began to mature in the justice sector that the path to justice “should not lead through mountains of paper”, which manifested itself in particular in the launch and all-round support of the “Justitia 4.0” project[1]. Nevertheless, no one had foreseen the challenges facing the analogue justice system in the spring of 2020: with the start of the lockdown in March 2020, the previous daily business, which was based on going to the post office to pick up and send letters on paper and the obligation to be present in person at meetings, hearings and negotiations, was fundamentally called into question from one day to the next. How has the justice sector coped with these challenges?

In order to give the parties involved time to adapt to the new situation, the Federal Council adopted an emergency ordinance of 20 March 2020[2], valid until 19 April 2020, as an immediate measure to extend the standstill period that would have applied over the Easter period in accordance with the procedural codes. As a result, all statutory and judicial deadlines in non-urgent cases were extended by around two weeks. The measure was taken after the Swiss Bar Association had requested extensive measures from the responsible head of department, which were to serve “to open up a window of time necessary for the technical and personnel adjustment of the law firm structures”[3]. By emergency decree of 16 April 2020[4], further measures were decided to maintain the operation of the justice system, which were adapted to the circumstances and extended on 25 September 2020. Among other things, the conduct of hearings and trials by means of video and telephone conferences was also permitted and regulated in civil proceedings by emergency decree, which was not the case under the current Code of Civil Procedure.[5]

During the lockdown, court hearings and hearings were for the most part cancelled or postponed, with the exception of cases considered urgent, although these measures varied from canton to canton. The Prosecutor General of the Canton of Geneva estimates the number of appointments to be made up for at around 2400, although by way of comparison, the annual report of the judiciary of the Canton of Geneva for 2019 showed around 5600 audiences by the public prosecutor’s office (excluding compulsory measures proceedings)[6]. In contrast, as far as can be seen, the judicial authorities have largely maintained their internal operations. In addition to the still necessary on-site operations (e.g. for counter operations and postal services), home offices were also introduced on a large scale in the justice sector. In addition to the protective measures on site, challenges were posed in particular by legal research, access to files, mail processing and internal collaboration from the home office. The solutions found for this were, of course, as diverse and varied as the initial situation in which the individual justice authorities found themselves before and during the lockdown. A representative overview of the judicial landscape during this time and its handling of the Covid-19 crisis is currently lacking. Nevertheless, a first rough and non-representative collection of reports and feedbacks shows that within a transitional period, the technical and organisational prerequisites for maintaining decentralised judicial operations were created on a large scale. The type and quality of this infrastructure and the speed with which it could be set up varied, however, and depended to a large extent on the initial situation in which the authority or the canton found itself: if projects had already been initiated or were even underway to roll out remote access for employees or video conferencing systems, the rollout could be accelerated or the number of licences expanded. If, on the other hand, the infrastructure still had to be planned, built or procured, this was only possible with great difficulty in the lockdown that had already occurred. It is certainly undisputed that the Covid 19 crisis has removed hurdles in the development and expansion of the digital infrastructure. The acceptance of digital tools and, above all, of decentralised operation has grown[7]. In many places – as in other sectors – tools introduced during this period are being procured for continuous operation or general home office days are being introduced. At the same time, the testing of digital tools has also revealed their disadvantages or limitations[8].

The legal profession and the notary’s office

The above-mentioned dependence on paper and face-to-face operations was mirrored on the side of the providers of legal services, i.e. lawyers and notaries. In addition to the necessary protective measures and the organisational and technical challenges, there were also tangible economic imponderables: if the calendar is empty due to the lockdown and the postponed court hearings, correspondingly fewer proceedings can be concluded and settled. Lawyers and notaries have also used the transitional phase granted by the emergency decree of the Federal Council on the standstill of deadlines to adjust technically and organisationally to the pandemic. At the same time, they, most of whom are self-employed, will retain the experience they gained during this period. Their day-to-day professional business was hanging by a thread: if comprehensive curfews had been imposed, as in neighbouring countries, or if the post office had stopped or restricted its services, as allowed by Art. 7b of the Covid 19 Ordinance 2, it would have been practically impossible to exercise one’s profession, at least temporarily. This experience has certainly also convinced a large number of previously rather sceptical notaries and lawyers of the advantages of digitalisation.

The operation of the judiciary, which is still largely based on paper and attendance, was faced with major challenges as a result of the Covid 19 crisis. Despite the measures ordered to protect against the coronavirus, operations could basically be maintained, but not without considerable cuts and delays. Not surprisingly, it was easier for those actors to adapt to the new situation who had already begun to build up a corresponding technical infrastructure before the crisis, or perhaps had already introduced such an infrastructure. Correctly, the legislator extended the possibility of conducting video and telephone conferences (under certain conditions) to civil proceedings through emergency legislation. This also enabled and facilitated the functioning of justice while maintaining the necessary hygiene and protection measures. With a view to the future, this involuntary piloting of the “virtual courtroom” should be viewed positively, as it allows important experience to be gained. However, too high expectations with regard to the adoption of “virtual court hearings” in normal operations and in ordinary law seem premature. Admittedly, the existing technical possibilities are undisputed, and it is definitely a positive experience that in an emergency “it works that way too”. However, before this virtual variant of conducting hearings can be transferred into ordinary law, the advantages and disadvantages must be analysed against the background of the underlying fundamental rights and procedural guarantees, the effects on data protection and data security, and very centrally – the maintenance of a “human justice system”[9]. A functioning justice system involves not only maintaining its operation, but also its high quality and high social acceptance.

This article will be followed by two articles in the next few weeks.

1] www.justitia40.ch [2] Regulation on the standstill of time limits in civil and administrative proceedings for the maintenance of justice in relation to the coronavirus (COVID-19) [3] Lenzin Andrea, COVID-19: Justice in a state of emergency (?), III, in: Anwaltsrevue 5/2020, p. 203 4] Ordinance on Measures in the Judiciary and Procedural Law in Connection with the Coronavirus (COVID-19 Ordinance on the Judiciary and Procedural Law), SR 272.81 5] The list of legal measures is not exhaustive and is limited to judicial proceedings. Measures in the area of debt collection, bankruptcy and company law should also be included in the judicial area. 6] Becker/Chuffart-Finsterwald/Conrad Hari/Giroud/Güney King/Sohrabi: Covid-19: Audiences per Vidéo-Conférence et justice digitale, in: Anwaltsrevue 9/2020 pp. 358 7] Cf. https://www. inside-it.ch/de/post/corona-unfreiwilliges-pilotprojekt-fuer-justitia-4-0-20200511 8] Covid-19: Justice faces challenges – can Justitia 4.0 help? https://www.youtube.com/watch?v=dFEe2IFYfWE 9] Becker/Chuffart-Finsterwald/Conrad Hari/Giroud/Güney King/Sohrabi (fn 6), p. 358

Timur Acemoglu is a practicing lawyer and co-managing director of the association eJustice.CH. He accompanies and advises digitization projects in the area of administration and justice and is responsible for the implementation goal "Advice and coordination in legal matters" of the eGovernment Strategy Switzerland".