You are here: Home1 / Interview EN2 / Which deficiencies conference software has and which technical changes...
Interview EN,Transdisciplinary EN 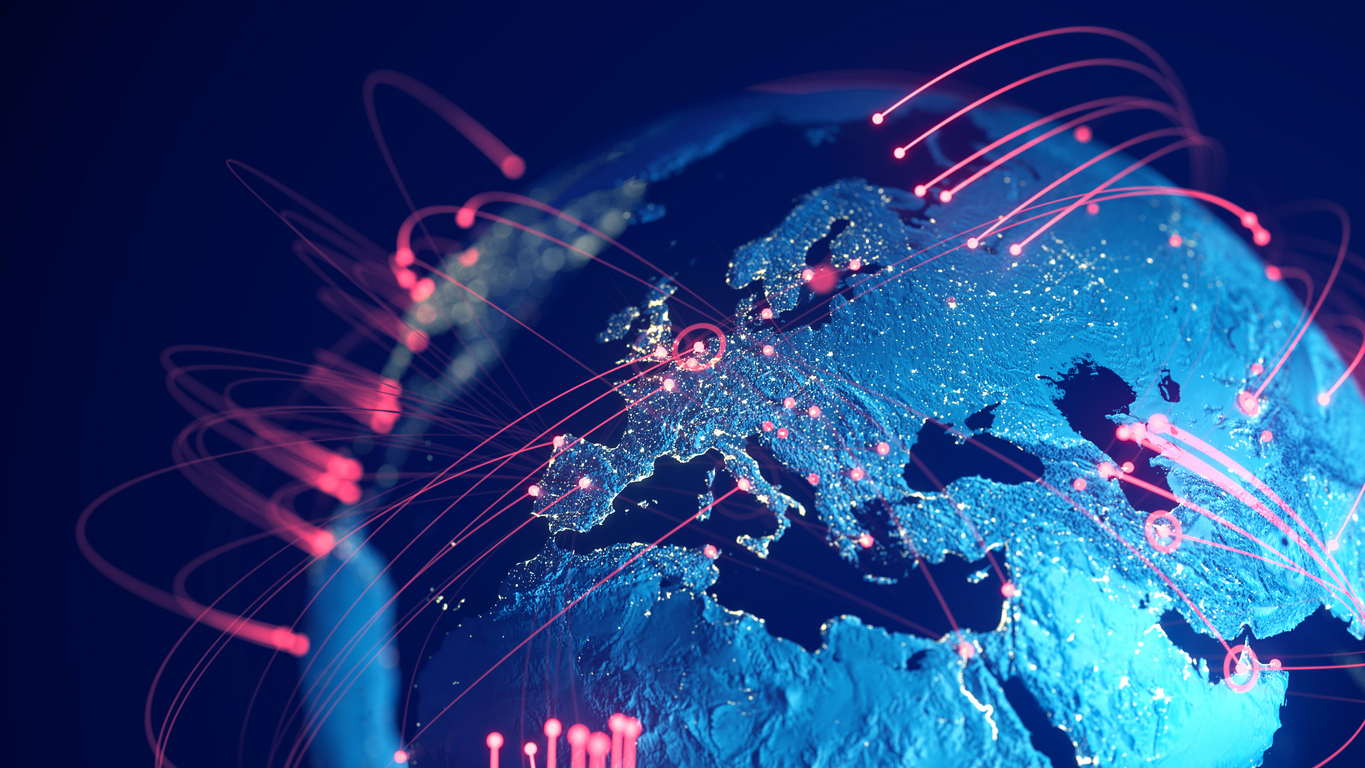 In the worldwide pandemic, the virtual world often replaces communication in real life. This makes questions in the area of software, internet and cybercrime all the more important. We have discussed this with Prof. Dr. Erol Gelenbe.

During the lockdown, many organizations have switched to virtual collaboration based on teleconferencing. My most remarkable experience was listening to a concert on zoom . The algorithm designed to detect who is speaking “hacked” the performance. How do you judge the maturity of teleconferencing technology?

I think that inexpensive or even free teleconferencing technology has done a remarkable job during the Covid-19 confinement and up to now. We have been able to conduct a tremendous amount of collaborative work, as well as teaching, with its help. At the same time we saw that few if any of such products originate in Europe. In general we have realized once again the weakness of timely European software technology, despite the billions that the European taxpayers have invested via the European Union since the 1980s, which in my view requires an inquiry into how the EU research funds are being spent; is there some correlation between the European countries that receive EU H2020 or other innovation funding and software or hardware products and companies? Let us find out more about this and draw some conclusions. Clearly, the conferencing software we have been using – largely free of charge – has weaknesses and vulnerabilities. Some of these vulnerabilities may have been knowingly built into the systems, others relate to design mistakes. I am sure that many of these tools will  have more effective second and third generation versions.

You have done a lot of research on routing in the Internet. What are the most pressing technological challenges for the Internet today? Which developments do you anticipate in the next ten to fifteen years?

The Internet is a legacy system which evolves very slowly, and having become a mastodont its “Brain is very Small with respect to its Body”; it is very suspicious of innovations that operate close to its core, such as CPN (Cognitive Packet Networks) that I have developed. Thus, innovation is largely limited to the application domain. The installed equipment and software change in a legacy manner, with the same operating rules and principles, under the influence of thousands of different individual owners. After a “debut” in the 1970s and 1980s that was pushed by a very small number of powerful players, its current phase of life thrives with the participation of a myriad of players, some huge (like the Googles, Facebooks and Amazons), many of medium size such as the mobile operators, and others ranging from medium to small, who focus on “the end user customer” through services. The big change of the last few years is the “softwarization” of network functions such as SDN (Software Defined Networks)  which could possibly be used to influence routing, QoS (Quality of Service) and Security. The biggest technological driver is the integration into the Internet of three capillary effects: the IoT (Internet of Things), high bandwidth entertainment and conferencing, and Smart Vehicle. Exploiting AI (such as CPN and Reinforcement Learning) , which together with softwarization such as SDN, may be the technical challenge of the next 10-15 years, as suggested by what Cisco calls IBN (Intent Based Networks) Huawei calls ADN (Autonomous Driving Networks).

Switzerland has a long tradition as a neutral country that acts autonomously in international politics. In the last two years, it has organized a debate on cyber sovereignty Is it possible that countries defend themselves against cyber-attacks without collaborating with other countries? What is needed to stay sovereign as a country today in today’s with respect to cyber security?

Back in 2007, Estonia suffered a major cyber-attack, which was suspected as having been organized and conducted by another state. The following year the UN Disarmament Agency organized a conference to discuss this issue in Geneva, and I was invited to attend – I do not know exactly why I was invited because at that time I was not very active in cyber-defense research. I recall an amusing session of the conference. Russia had sent a large delegation of the order of 10-15 people (probably because Russians love to travel abroad to lovely cities such as Geneva), and several members of the Russian delegation stood up at different times to say that cyber-attacks were a dreadful thing and that states or governments should not do such things. Although the purpose of that initial meeting was to come up with some ideas about “disarmament” in the cyber-world, I do not think we have anything yet in that area !! Later, I found out that some countries such as France had wanted to discuss similar issues at major conferences, such as the G-8 or G-20, about cyber-disarmament or cyber-regulations that could in effect stop states from engaging in illicit cyber-activities against each other, but apparently this was discouraged by the USA, presumably because of their own overwhelming position in this field.

Regarding what is needed today to stay sovereign, I think that any country today needs to have a very strong cyber-defense and cyber-attack strategy, including in universities and as part of university diplomas and special training for practicing computer engineers and computer scientists.

Henry Kissinger requested that we think about principles for cyber peace in the spirit of the Peace of Westphalia, that is principles to limit cyberattacks among countries. What is your opinion? Is it possible to keep cyber aggressions within certain limits? And if yes, how can the international community of states achieve that?

I fully agree with Professor Kissinger, whose eminence in international relations could have a huge impact in such matters,  and I would be very happy to bring him the small assistance that I can offer in such matters. I am also a fervent admirer of Switzerland who has brought its great and ancient military traditions, to bear on the humanitarian concerns of limiting the nefarious effects of warfare,  relieving human pain and misery, and facilitating the conditions that bring an end to conflict. Understanding the roots of conflicts and the technical means used in conflicts, are perhaps one of the contributions we can make to limiting cyber-warfare.

You have had a long and exceptionally successful career. What do you consider your most satisfactory achievements?

It is very kind of you to say that, though I do not think of myself as being exceptionally successful, otherwise I would surely have been invited to conduct research or teach at a Swiss institution. But I am happy that I still maintain an active research career, adapting to changes in focus and emphasis, and that I regularly receive highly competitive funding for my work. In the last decade I have published refereed work in very reputable journals on topics that I did not know before, such as quantum communication, gene regulatory networks, motion of particles in random media, energy networks, and chemical dynamics, and even Cyber-Security. I am also very happy to have supported and graduated and over 90 PhDs, many of whom have become very successful academic, administrators and entrepreneurs, plus many post-docs. I am also very proud of my son who had to sit in one of my post-graduate classes early in his life.

What is your current focus of research?

My work in networks tries to understand how we can come up with simple ways to meet the conflicting requirements of very diverse applications in a common, but dynamic, framework. I am also very interested in the interaction between Information Technology, Computer Science and Energy, so that we can build Sustainable Informatics for the future.

Looking into the future, how will technology and technology usage change in the next decades? How could the world look like in 2050?

Our biggest challenge is to achieve a sustainable society that reduces – and not just limits – its environmental impact. I think that our field – the Information and Communication Technologies — can play a great role in this, provided that we ourselves – the Computer Scientists and Engineers – learn how to be humble and economical in natural resources, how to recycle the resources including energy that we use for Information Technology, and how to have a net environmental impact that clearly saves (rather than consumes) natural resources. 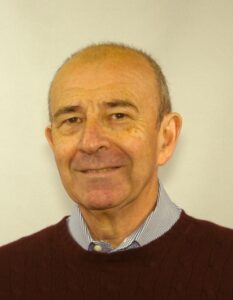 Erol Gelenbe is currently a Professor at the Institute of Theoretical and Applied Informatics, Polish Academy of Sciences, and Université Côte d’Azur (I3S), Nice-Sohia-Antipolis. He is also an Honorary Professor at the University of Electronic Science and Technology of China, and a scientific advisor to the Huawei Ireland Research Centre. Known for pioneering work in performance evaluation and modelling of computer systems and networks, and on self-aware packet networks, he was elected a Fellow of IEEE, ACM, IFIP, IET and the Royal Statistical Society (London). He has held chairs at several universities in Belgium, France, US, UK, including Université de Liège, Université  Paris-Sud Orsay, Université René Descartes (Paris V), Duke University, Imperial College, and he has also taught at Ecole Polytechnique (Paris).