Hackathon for inclusive digitalisation in the social sector 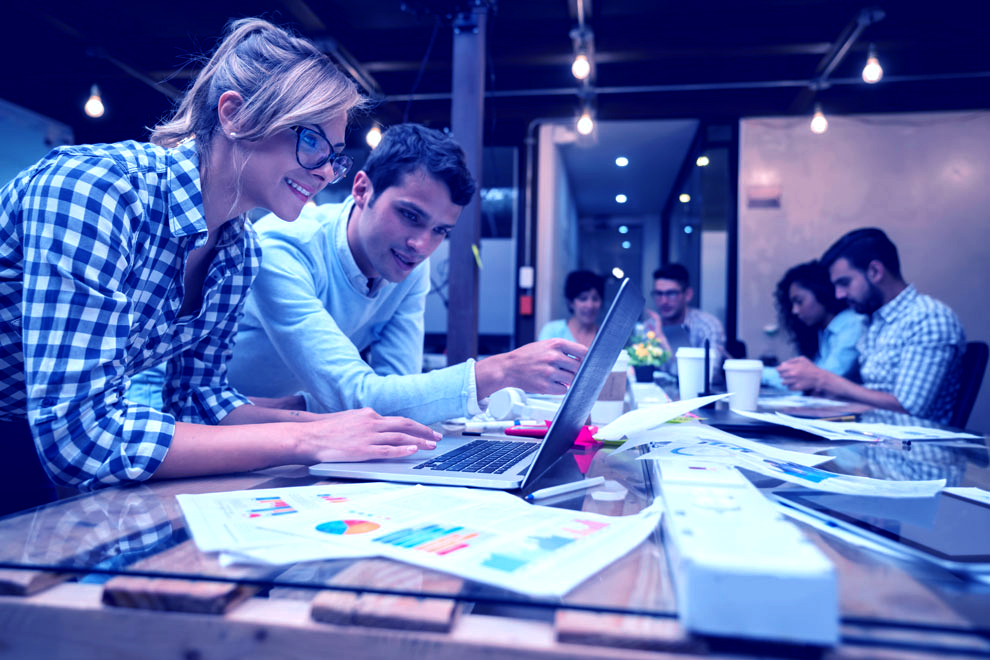 How do social organisations keep pace with digitalisation? The Bern University of Applied Sciences is focusing on new forms of work and cooperation between different disciplines. At Hack4SocialGood, it challenges people from the social sector and the IT sector to a playful competition. In the interview, Oliver Hümbelin, Oleg Lavrovsky and Ruth Schindler talk about the significance this can have for a social practice organisation like Pro Senectute Region Bern. Oleg Lavrovsky, you have been organising hackathons for many years. What is the core idea? Oleg Lavrovsky: The word hackathon contains the marathon. The hackathon is an e-sport, a competition in which people work with data sets. Teams are given tasks, so-called challenges, which are to be solved in a limited time. The team with the best solution wins a prize. The time pressure is essential for the hackathon runners to improve their performance. With regular participation, they improve their skills. 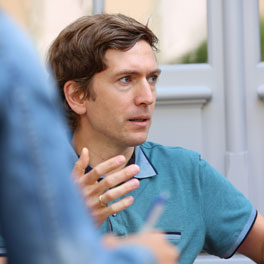 Oleg Lavrovsky is a self-employed software developer, board member at Opendata.ch and lecturer at BFH Technik und Informatik. He supports the Hack4SocialGood with his technological expertise.

This sport is advertised and marketed in very different ways: from large technological innovation events with high prize money to informal social innovation workshops like the one taking place at BFH in December. How do you explain the range of these events? Lavrovsky: Hackathons originated in the engineering sector. The first hackathons were organised by large companies before they launched new products. Early versions of software were tested and prizes were awarded to the team that found a security flaw or an improved feature. These hackathons were for developers only. However, the same companies – Facebook, for example – began to use the format differently, for example for recruitment purposes. In the last ten years, a wide variety of civil groups, but also authorities such as the Swiss Federal Administration, have discovered the hackathon as a platform for working together on solutions. The focus here is less on software development and more on making data accessible and usable. 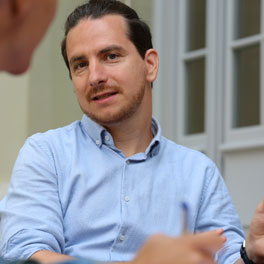 Oliver Hümbelin conducts research at BFH Social Work on the use of data on inequality and poverty in Switzerland and is the initiator of Hack4SocialGood.

What is the need for the BFH Social Work to organise an innovation workshop at the interface of data science and social work? Oliver Hümbelin: My perception is that the social sector has so far been rather reticent about digitalisation and its innovations. Digitalisation is currently strongly driven by profit-oriented companies. They are spending a lot of money to try out new things. However, spending money on risky innovations is not the core task for social enterprises. Thus, there is a danger that technological progress is made without the perspective of the social sector. I am convinced that social enterprises could benefit more from the possibilities of digitalisation. An educational institution like the BFH can play a mediating role here by creating spaces and bringing people from different disciplines together. Social professionals should articulate here what they need in their work and the tech specialists develop solutions together with them. Hack4SocialGood is part of a research project between the departments of Social Work, Economics and Technology and Computer Science. We are interested in the extent to which this form of work succeeds in promoting innovations that also benefit population groups that otherwise benefit little from the effects of digitalisation. Lavrovsky: From a developer’s point of view, what is special about Hack4SocialGood is the social framework: Here, people from IT can donate their time, so to speak. At many hackathons the results are lost, but especially in the social sector hackathons are sustainable. Organisations depend on simple solutions that they can implement quickly. It’s about simple solutions to complex problems. With little effort and the combination possibilities of opensource technologies, these organisations get further.

At a non-commercial hackathon like Hack4SocialGood, diverse people meet and work together on a common product without a contract. (Oleg Lavrovsky)

Is a hackathon the low-threshold entry point for digital innovation? Lavrovsky: For sustainable innovation, I would say. Digital innovation is mostly about selling a slightly improved product at a much higher price (laughs). Nobody has sovereignty over that. It belongs to everyone, is on a public domain and can be found and reused. At Hack4SocialGood, real questions are posed by social organisations as challenges. How does this cooperation work? Hümbelin: We invite practical organisations from the social sector to contribute tasks. We launched a call via the BFH networks and specifically approached people from the social sector. With Caritas Switzerland, a regional social service, sozialinfo.ch, the State Secretariat for Migration or the University of Bern with its research on inequality and poverty, we were able to involve partners who have already developed something – for example a chatbot – that they would like to test or further develop in an open setting. 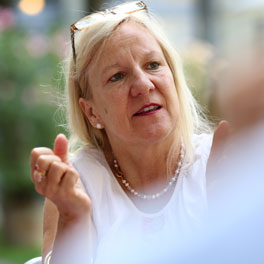 Ms Schindler, as Managing Director of Pro Senectute Region Bern, you took part in a hackathon with two senior citizens as part of the AAL Forum 2016 in St. Gallen. Why did you take part? Ruth Schindler: Oleg Lavrovsky wrote to me directly at the time and invited me. It was about innovative development in the field of ageing for the new generation of seniors. Specifically, it was about the technical development of aids, whereby social components also played a role. Two seniors were motivated to come along. The older seniors are still not very digitally active in our country, but my generation and the generation after are already very interested. The need to empower themselves digitally is present here – especially in the areas of participation, information and case management. How did you get involved with the seniors in this hackathon and what impression did you get of the event? Schindler: The two seniors participated in the working groups and helped develop. One used to be an IT developer at IBM, the other is very interested in digital development. I gave a presentation on Pro Senectute to the young people. The event provided an inventory of issues that could be further processed. We were users who were just involved and could say what they needed. It was not about developers who single-handedly design something that might not be needed. This was people from different backgrounds diving into a topic with focus and energy. For older people, there is nothing more inspiring than being invited to intergenerational events. This is generational solidarity in action. What can such a hackathon do for social organisations? Schindler: Such an event helps to develop a product that is practicable. In addition, groups emerge that work on a topic beyond the event. One working group, including one of our seniors, continued to meet regularly and work on their issue. Lavrovsky: Hackathons like this are really not about prize money. They are about building support networks. Hackathons are meant to inspire people and focus on people and their needs, not on technological solutions. Startups are created, but so are friendships. By the way, what hackathons as a competition always need are spectators!

Hack4SocialGood” will take place on 11 and 12 December 2020 at the Bern University of Applied Sciences. During the two-day hackathon, innovators from the social work and technology sectors can test their skills on tricky tasks. Partner organisations will set challenges to be solved by the interdisciplinary teams. The best challenge solution wins a prize. Programme + registration Supported by: