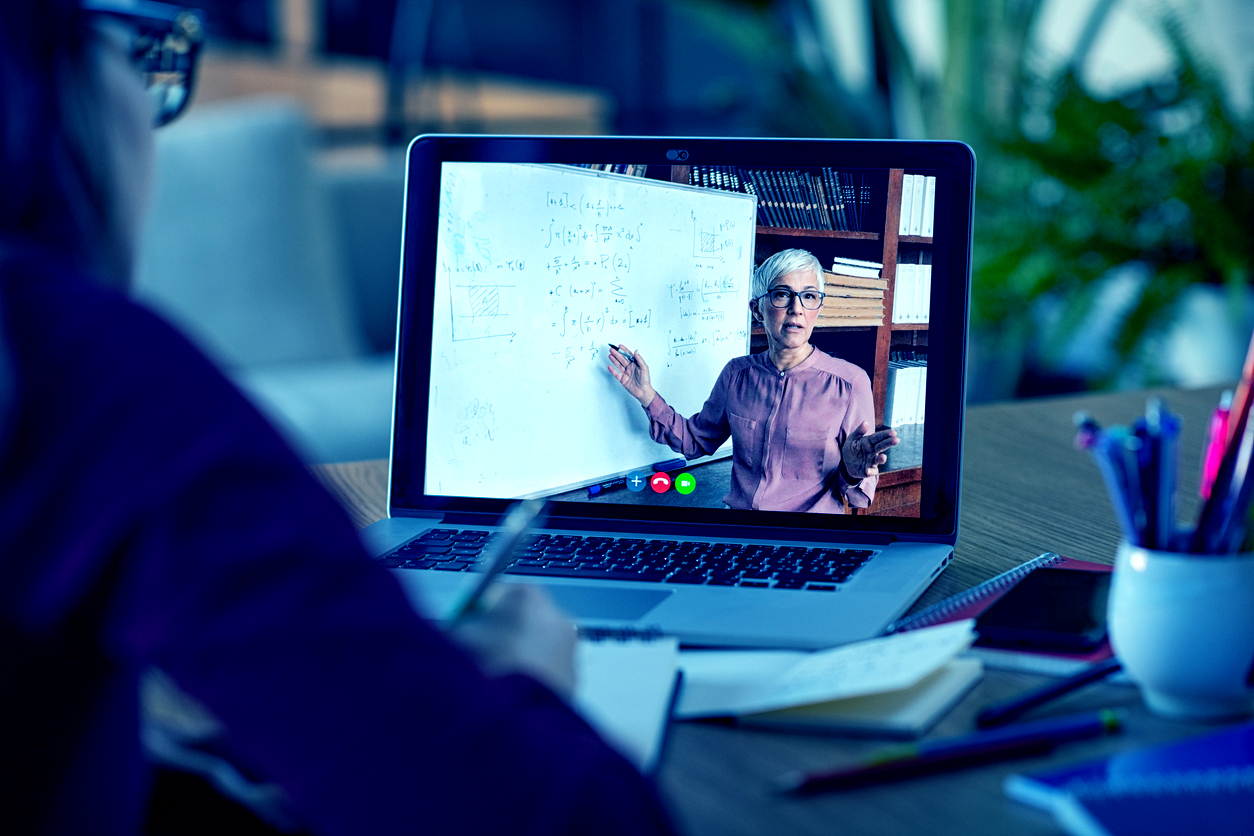 The lockdown has changed higher education – probably permanently. Much will have to be redesigned in the coming years, but for now the challenges and opportunities dominate the autumn semester 2020. Teaching and learning were affected differently by Covid-19 than research and services. For the former, there was a compulsion to change in the short term; for the latter, there were changes in funding opportunities.

The lockdown phase was very heterogeneous in higher education teaching and partly also in continuing education: The actual measures went to different extents and were taken at different speeds. But perceptions also differed. What some found great, others were disappointed because digitalisation did not go far enough for them. In the semester after the lockdown, there is now also no consensus on how much to return to the face-to-face teaching of the pre-Corona era, neither among the universities nor their students. In many places, it looks like business as usual in the autumn semester, supplemented by temporary quarantine measures for some students and lecturers. During the quarantine, classes will be taught online as in the spring semester. In addition, more lectures will be recorded in the traditional style. But there is also criticism that calls for more lessons to be learned from the lockdown and for traditional teaching formats to be left behind. More agreement is found in the assessment of what works didactically online:

Synchronous teaching at a distance is now seen as an alternative to face-to-face teaching on the one hand and asynchronous online teaching on the other, and hybrid forms of teaching are being practised more consistently. Many lecturers use many more functionalities of the online learning tools than before and design their own working environment according to their needs. In addition, students’ acceptance of experimentation has grown. The forms of examination are also once again being put to the test: the pure reproduction of knowledge seems even more dubious online than in the traditional university world. Therefore, skills and transfer skills are increasingly “tested”. Perhaps the most controversial of the observations listed above is the increase in creativity in online teaching. There can also be creativity blockages due to the reduction of perception online. All of this has taken place, and continues to take place, in a context shaped by paradigm shifts in teaching. Flipped classroom teaching is now comme-il-faut, know-how is gaining in importance compared to knowledge, the teaching of manual skills is increasingly in demand. On the other hand, the teaching of comprehensive academic knowledge is losing importance. Some universities are increasingly relying on peer teaching: students explain difficult concepts to each other. Above all, however, the new curriculum at more and more pioneering institutions is “solve problems first, then learn the theory”. This is new, in some studies it has always been normal, in others the preferred choice of top researchers when teaching. Still, it was the exception. That’s why the trend will fundamentally reshape the university world. The only problem is that it can be very difficult to implement at a distance or even asynchronously. Other current innovations are also difficult to implement at a distance. While there has been a trend in recent years towards the laboratory in teaching, even outside the disciplines that have always provided laboratory work for students, online labs would now be in demand, which ideally would even function with asynchronous teamwork. But there are hardly any. Virtual labs for students have not been part of the standard equipment at universities and have yet to be developed in many areas. In purely quantitative terms, no negative effects were observed in teaching, but they were in continuing education: The number of participants in continuing education fell dramatically. For universities that offer continuing education with their own lecturers (instead of primarily with external ones), this was and is a considerable financial problem.

In research, there was a great innovation. The local colloquia and upper seminars with at best city-wide or regional participation were globalised – with lecturers, listeners and co-discussants from all over the world. Why-first-now, one wondered, but the happiness about finally-now was great. With admittedly unpleasant consequences for those who lost their protected workshop and were now measured by their environment against the best in the world. Thus, the practice spread less quickly than one would expect. Those universities whose lecturers consider colloquia a waste of time naturally did not even notice this globalisation. Others did not have the network and the attractive offer. In any case, for those interested inside and outside the universities, it was much less effort than usual to listen to the particularly cool lectures: People tuned in online and often enough looked into the very private flat of a research star. That was charming and had a double effect when the discussion was really tough. Because it proved that it was about the matter and not about the show. Otherwise, however, there were many obstacles during the lockdown with varying degrees of impact: Embedded research was largely impossible, action research was very difficult, experimental research was possible or not with alternative settings depending on the area, Interviews, however, functioned almost as well as before and it was even possible to save on the time and effort required for them. In a way, all disciplines were affected, if only because scientists were forced to work at home and had to forego creative conference evenings and seminars at beautiful locations. Positive for research are the new research programmes launched because of Covid-19, from which, however, the individual (sub-)disciplines benefit very differently. Applied research together with industry, on the other hand, almost came to a standstill and has not recovered from this so far. Companies had less money to invest and put their research and innovation staff on short-time work. This is blocking ongoing projects and those in the pipeline. Less understandable, but widely observed, were also project delays among researchers. An analysis of why this happened is still missing. Last but not least, the services and thus also the third-party funding income of the universities suffered. The clients usually had other problems than those that could be solved for them by universities – or their view narrowed so much that they were no longer able to accept external help at all. This is a typical shortage phenomenon and many companies will pay dearly for it. But that is the nature of crises. Nevertheless, the loss of third-party funding hits universities much faster than the loss of cooperation hits their partners in the economy. Once again, one has to ask whether it is really wise to let the private sector and its experts control applied research. The obvious sensible answer to this question is not to be expected from the decision-makers. For that, one would have to look at America, among others – and that is not exactly popular at the moment.

Despite the forced hasty introduction of innovations and despite the serious background, there have also been surprisingly positive experiences in higher education. Some things went under or functioned only with great difficulty, but many things could suddenly be organised much more efficiently and effectively. Above all, new work routines emerged. There are projects that have nothing whatsoever to do with the lockdown, but only exist because of the lockdown. Meetings that would otherwise have failed for scheduling reasons took place online. Collaboration has taken place and will continue – because the new fashion has endured – when it suits: when the children are in bed or busy, when the family party is over or the cellar is tidied up, the time is used for scientific cooperation. The midnight telco does not replace physical meetings, but adds to them. It is something uniquely added. Although it has been possible for many years, it is only now that it is actually practised. They say: In the past, when the power went out, nine months later the birth rates went up. It’s quite conceivable that in a few years’ time, breakthrough scientific findings will rise sharply. If they do, it will probably be precisely where no one expected them and where no money is flowing, because there is no time for such topics in the daily routine of universities.

Our thanks go to all those who contributed to the creation of this text, especially Andrew Kresch, Tine Melzer, Anne-Careen Stoltze, Wolfgang Stummer and Heinrich Zimmermann.

Reto Jud is head of the Business Information Systems program at BFH Wirtschaft.