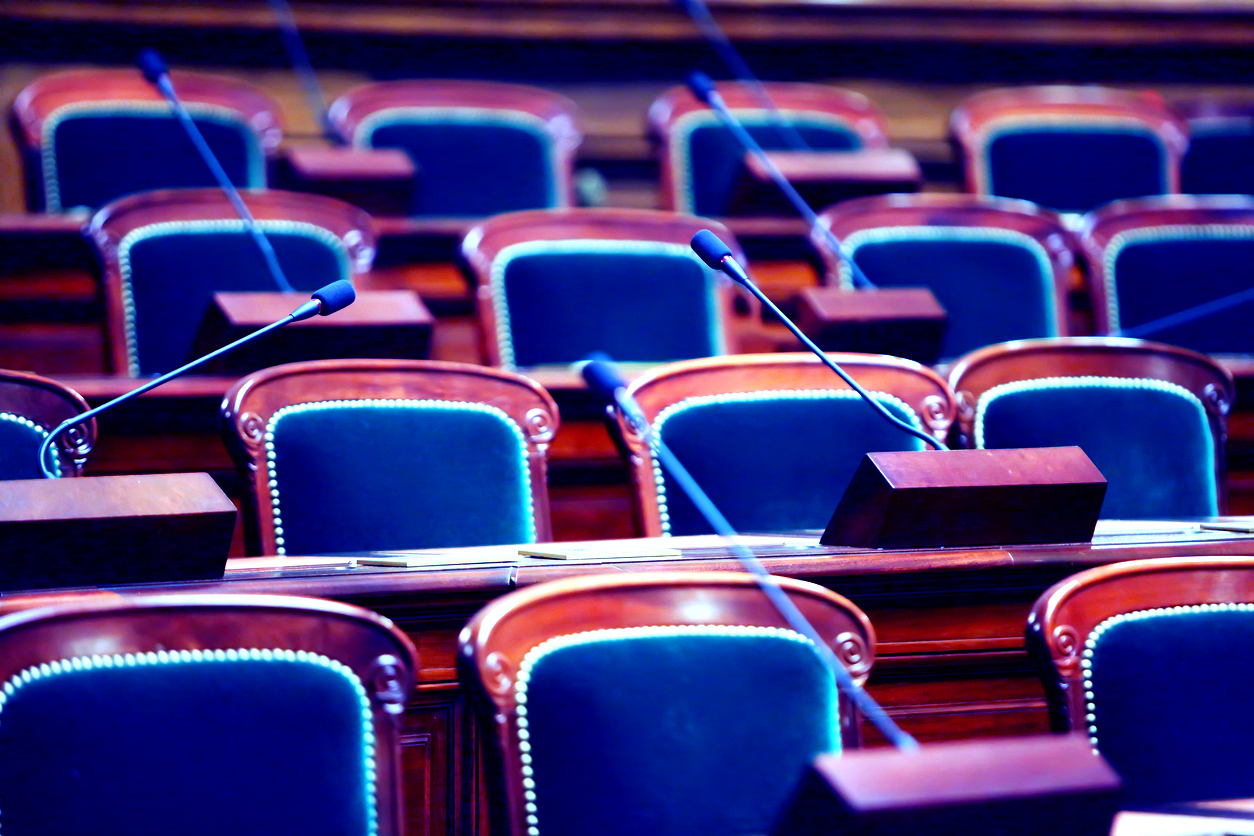 When the Covid 19 crisis came, all at once even parliaments that had worked through the Second World War in the hail of bombs no longer seemed to take the continuation of their work for granted. Austrian parliamentarian Günther Schefbeck writes about the role parliaments have to play in such extraordinary crisis situations. Parliament is a venerable institution. An old one, anyway. In the “mother of parliaments”, the English and then British Parliament, those elementary principles of parliamentary procedure were developed over centuries, which first spread via France to the USA, to the German countries and finally to the whole world. Principles that Jeremy Bentham had already worked out analytically at the end of the 18th century and whose justification, indeed necessity, can hardly be denied today, such as, in particular, publicity, impartiality of the chair, separation of the stages of parliamentary decision-making (appearing practically, for example, in the form of the separation of committee and plenary procedures and, in each case, of debate and voting), freedom of speech and the majority principle (Bentham 1791). It is therefore not surprising that even today, more than two centuries later, despite all the differentiation in detail, both the structures and the procedural rules of the world’s parliaments have their easily recognisable commonalities – and that these commonalities as a whole form a resistant traditional core of the institution of parliament. In weighing up tradition and innovation, the argument in favour of tradition, that in view of the central function of parliament as a representative body in the formation of the state’s will and the associated far-reaching effect of any change in its procedural rules, a special protection of the status quo would have to apply to them, carries a lot of weight. Such changes must be negotiated by way of a political compromise if the opposition is not to be accused of wanting to disadvantage it procedurally, and in many parliaments the rules of procedure are reinforced by an increased quorum of approval. Irrespective of this, technical innovation has naturally not stopped at parliaments. New information and communication technologies have enabled the world’s parliaments to fulfil their functions, especially the public or transparency function, more effectively and efficiently than in the past (IPU 2018). However, the legislative function, traditionally considered the core function of parliament, is also supported in many parliaments by new technologies, such as workflow systems (Schefbeck 2011). Electronic voting systems have become standard in many parliamentary meeting rooms, making “voting on the voices” or through physical signals such as hand signals unnecessary. However, the physical presence of members of parliament in the sessions still seemed indispensable; only in a few parliaments has “voting by proxy” been introduced so far, such as in the House of Commons in 2019 for women on maternity leave. The principle of the free mandate seems to demand the highly personal exercise of the rights (and duties) associated with this mandate in parliamentary decision-making – in physical presence.

Three basic patterns of parliamentary response to the crisis have been distilled by the Inter-Parliamentary Union from the reports of national parliaments (IPU 2020a, b):

This formal breakdown does not necessarily say much about the role that parliament plays in times of crisis. Even if the parliament continues to meet, physically and/or virtually, this does not at all mean that the substantive legislative sovereignty, which in the party-state political system is already primarily located with the government, has not shifted even more in its direction. And this is precisely what can be stated, even if it is based more on unsystematic observation than on systematic analysis.

On the role of checks and balances

Regardless of whether a state of emergency has been declared and the parliament has temporarily granted the government unlimited authority to take measures, as in Hungary, which has been much criticised for this, or whether the pandemic-related measures have been enacted through government decrees representing the law, as in Spain or Italy, or whether the parliamentary procedure for passing the draft laws submitted by the government in the pandemic context has simply been carried out with the greatest possible acceleration, as in Austria, the secular tendency of legislative weight shifting from parliament to government has become increasingly apparent in the Covid 19 crisis. So what is the political role of parliament in this situation? The analysts’ answer is clear: the role of the control body (Fourmont/Ridard 2020, Rayment/VandenBeukel 2020). More important than ever, when the weight of executive power is increasing, appears the counterweight of the controlling power of parliament, the accompanying political control that parliament exercises in the system of “checks and balances”. Admittedly, in the party-state context, an inner-parliamentary division of labour has long since developed which makes the control of the government largely the task of the parliamentary opposition, while the parliamentary majority supporting it feels called upon to defend the government against oppositional criticism, unless intra-coalitional “sectoral opposition” breaks this pattern sectorally. This ritualised and well-practised distribution of roles does not necessarily make it easier for parliament to react to the observed shift in legislative weight by increasing or more effectively exercising its control function.

Reflection for the future

It seems obvious that the experiences of the Covid 19 crisis (or, to remain realistic, its first phase) offer parliaments an incentive to make greater use of virtual working methods and, where necessary, to create the conditions for this under the rules of procedure. The technical solutions found during the crisis were all too often found too quickly and therefore worthy of criticism, but mostly without an alternative that could be realised in the same amount of time. Often these were proprietary products, such as Zoom, which fulfilled their practical purpose, but in the eyes of a public that has become more data protection-conscious, appear to be at best temporarily suitable solutions, especially for parliaments and governments. In the medium term, virtual working environments in parliaments will have to be based on customised solutions that meet all security requirements: Of course, this is especially, but by no means exclusively, about data security and data protection, but also about performance and stability. Functionally, the support of virtual meetings will certainly remain on the agenda in some parliaments beyond the crisis, but the support of everyday parliamentary work beyond the meetings will become all the more important. Virtual decision support systems that improve the information situation of MPs will appear just as important as virtual communication environments to support regular exchanges between MPs and civil society. In the long term, however, it seems more important to reflect on the adaptation of these functions to the political and social requirements of our time than to think about how the new technologies can be better used to support parliament in the performance of its traditional functions. Not only party-state democracy, but also the Europeanisation of the political and legal decision-making landscape in the supranational community – up to and including the “autonomous implementation” of these decisions – have in particular factually changed the traditional core function of the “legislature”. The increasing development dynamics of our society (and its technical tools) have made lawmaking more and more reactive, and the growing complexity of social structures has made it more difficult to assess the consequences of lawmaking acts.

Is the territoriality principle outdated?

And so questions arise such as: To what extent is national legislation still adequate to the challenges of our time? At what level should which law be set? Is not the principle of territoriality in law also outdated and should at least be supplemented by the principle of personality with sectoral choice of law in private law? And in addition to the questions about the levels, there are also questions about the procedures and methods of lawmaking: Is the centuries-old parliamentary procedural model flexible and efficient enough to meet the dynamic substantive challenges to lawmaking? On the other hand: is it transparent and participatory enough to meet the demands from civil society for active participation in the legislative process? And finally, is traditional text-based law appropriate for a living world that will soon be characterised at least as much by interaction between machines as between people? These are questions that can only be answered in a broad and sustained discourse in society as a whole! But sometimes it is not enough to put old wine, even if it has matured well, into new wineskins. Sometimes it is necessary to plant new vines.

Thanks for their contribution to this paper go to Dr Alessia Neuroni, Dr Reinhard Riedl and Dr Thomas Gees.