In tomorrow’s electricity market, the consumption, production and storage of energy must be permanently coordinated. The “breathing” energy supply from aliunid controls this complex process thanks to intelligent, decentralised and secure IoT technology – and thus enables the switch to solar and wind energy. With its Energy Strategy 2050, Switzerland has set itself ambitious goals: By 2050, the country wants to do without nuclear power plants and fossil fuels – around 80 percent of today’s energy sources. In the electricity sector, Switzerland is in a good position thanks to the high availability of hydropower. But the demand for electricity will rise massively, especially as a result of increasing e-mobility and digitalisation. In principle, solar and wind plants can cover the demand. But they are unreliable (stochastic) energy sources. They produce electricity when the sun shines and the wind blows, but not necessarily when it is needed. If the discrepancy is too great, the power grid becomes unstable and a blackout threatens. An ecological power supply must therefore reconcile supply and demand and store surplus energy or remedy energy gaps by making previously stored energy available – permanently and at all levels from the power socket and the private PV system to the large storage power plant in the Alps. The digital energy supply company aliunid (“all you need”), which has an intensive partnership with BFH, points the way to accomplishing the task. As in the Energy Strategy 2050, aliunid no longer focuses on the traditional energy producer who distributes electricity produced in large-scale plants to end consumers according to the top-down concept. The bottom-up concept starts with the (solar) electricity producing consumer (prosumer) as well as the regional energy supplier.

Integrated power supply as a goal

The concept of aliunid is to unite the decentralised flexibility market (the prosumers) and the central flexibility market (the large electricity producers and distributors) in an integrated electricity supply. This requires permanent measurement and control of supply and demand in a previously unthinkable level of detail. In concrete terms, it works like this: a small computer records the energy data of my household every second – how much electricity the PV system on the roof is currently producing, the state of charge of the battery of my Tesla and the current demand of the cooker, washing machine, heating and lighting. Every five seconds, the computer sends four pieces of information to the next level up (for example, my neighbourhood): electricity production and consumption, as well as the available capacities to give away surplus electricity or to take in surplus electricity from the neighbours. Then the control system kicks in: if my neighbours are producing too much electricity at the moment, my house “breathes” it in: The Tesla’s battery is charged and the washing machine starts. But if I don’t want to wash today and my Tesla is fully charged, I make my solar power available to the neighbours who are producing too little for their own needs. Now my household “breathes out” energy. Using the same principle, aliunid creates a balance between neighbourhoods, cities, regions and countries. At the top level, large pumped-storage power plants can synchronise supply and demand. But they are too inert to constantly balance the differences in the decentralised flexibility market. What is crucial is the ability to flexibly manage load shifts and storage capacities at every level of the supply network – down to switching the washing machine on or off. This is exactly what aliunid can do. 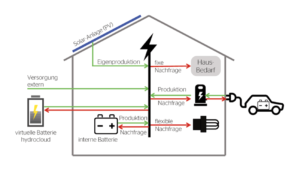 Fig. 1: The energy flows in a “breathing” house

The basis of aliunid is not a central mainframe, but the SIOT platform (Swiss Internet of Things) originally conceived at the BFH, a purely Swiss cloud technology based on a swarm approach. Data exchange and load control run via it. Within the start-up company aliunid, the BFH is the partner for the IoT-based information platform. Important research assignments for the school concern cyber security and data protection, for example. The “breathing” energy supply relies on a lot of information from private households. Only if misuse is ruled out will aliunid gain the trust of end customers. One year after the initial considerations, aliunid started a field test in May 2019 with the support of the Swiss Federal Office of Energy. In addition to 3 large hydropower producers, 15 medium-sized energy suppliers and a good 400 households (2000 by the end of 2020) are taking part in the trial run ahead of the planned market launch in 2021. They are joined by ETH Zurich, Empa, HES-SO Valais and BFH, which brings great experience in turning new technologies into marketable applications.

To ensure that the “breathing” energy supply meets with acceptance, aliunid is developing a user-friendly app that provides prosumers with exciting information in real time: how much electricity they produce, how much they consume, how much this electricity costs and – central to influencing the ecological footprint – how muchCO2 is in the electricity they are currently consuming (a value that varies greatly depending on the time of day, day of the week and season). This information motivates people to optimise their electricity consumption ecologically and to increase their personal energy efficiency. The initial aim is to realise an energy-saving potential of ten percent. Finally, a great added value for the customer arises from the connection of the app to smart home applications for the energy-optimised control of lighting and heating, for room monitoring and much more. Only the Internet of Things has made it possible to manage huge amounts of data in a decentralised, flexible and real-time manner, as is essential for a “breathing” energy supply. Thanks to its great expertise in this field, the BFH, as a project partner, is making an important contribution to the development of aCO2-free, sustainable and economical energy supply in Switzerland.

Dr. Andreas Danuser graduated in electrical engineering from ETH Zurich and subsequently earned his doctorate in the field of networked IT systems. As a successful entrepreneur in the fields of telecommunications (VOIP), IT and IoT, he has founded, developed and partially sold about a dozen companies. In 2018, he co-founded aliunid, the digital energy company, with Dr. David Thiel.