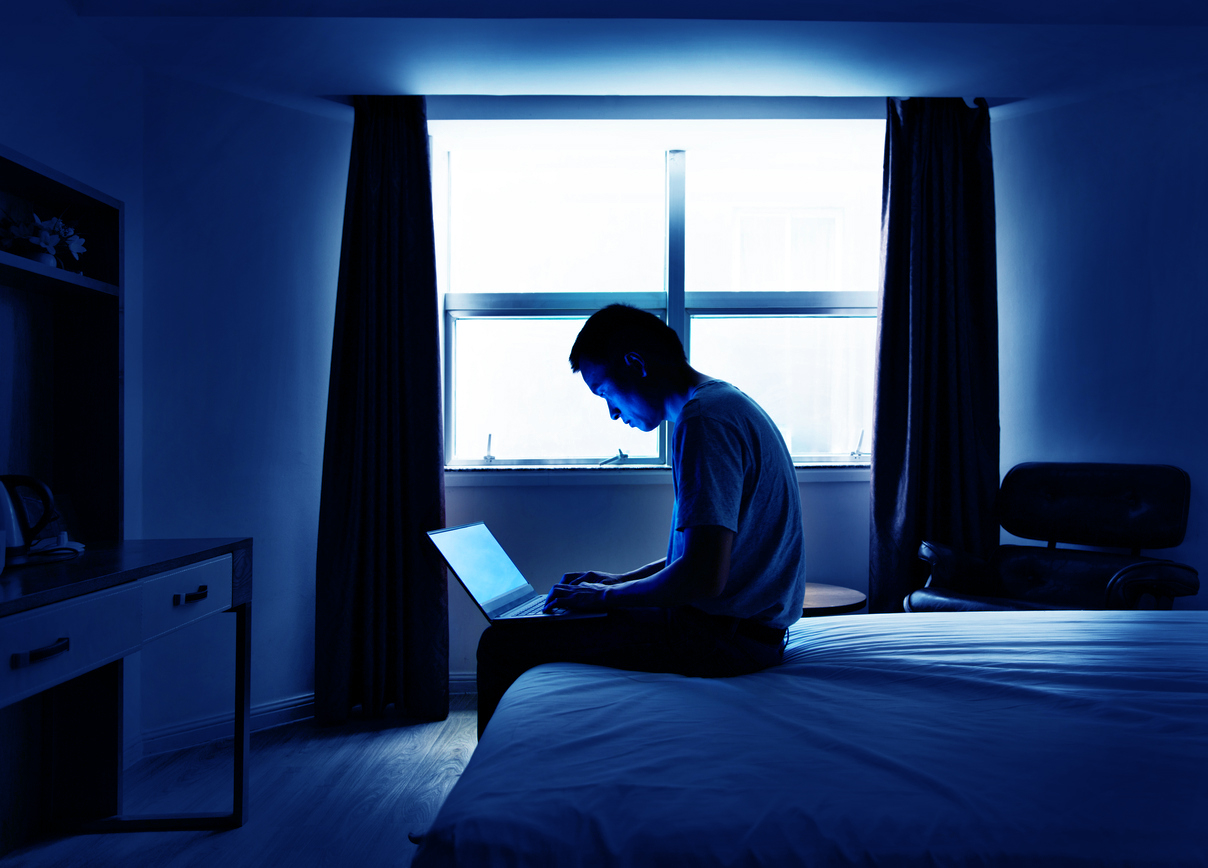 Use of technology for crisis management in acute psychiatric care – fewer coercive measures and faster recovery. What sounds theoretically tempting and promising is not unproblematic in the context of the psychiatric setting and is associated with different and new requirements. Innovative technologies are finding their way in the Psychiatry. They have potentialbut are also associated with new Challenges A study has looked into these and investigated, which experiences nurses and patients have and patients with a new technology in the context of psychiatric crisis situations In the context of acuter mentalr Crisisn a psychiatric emergency situation can arise, which can be with the Use of coercive measures . This is particularly the case if the protection of the person concerned and their and their environment due to acute danger to themselves or others can no longer be ensured in any othercan be ensured in any other wayThe term Coercive measures are all measures which are taken against then Will of a person carried out against a person’s will (SAMS, 2015) The study focused on on the movement-restricting Restraining measure of isolation The use and experience of restraint measures are of great importance to all involvedthat is, patientst*patients, relatives and health professionals, a considerable Burdenwith possible and varying severen physicaln and psychologicaln Consequences (Amgart et al, 2013; El-Badri &amp Mellsop, 2008Lang, Walter, Borgwardt, & Heinz, 2016; Steinert, Birk, Flammer, &amp Bergk, 2013 Tingleff, Bradley, Gildberg, Munksgaard, &amp Hounsgaard, 2017). The Avoidance and the reduction of coercive measures, such as ther Isolation, is a perennial theme in psychiatry and enjoys enjoys top Priority. Since the clinical reality does not experience total avoidance experiences, it is therefore significant, how the restraint isolation is designed and implemented (Aguilera-Serrano, Guzman-Parra, Garcia-Sanchez, Moreno-Küstner, &amp Mayoral-Cleries, 2018Price et al, 2018 Tingleff et al., 2017). Hhere sets aa new technology To Psychiatric care, the Dutch company Recornect has developed a new Recornect (Recovery at Connecting People) a Media wall. These Media wall is to be used by patients during isolation and by nurses for crisis intervention The media wall is to be understood as a tablet integrated into the wall, whichs used via touch operation . Applications such as relaxation programmes with images and music, video telephony, television, radio or games are available as well as uploading personal documents, pictures or music is possible The company arguesthats the media wall has a A reference to reality creates and generates distraction and And employment opportunities She goes on to say that thes a more pleasant Atmosphere in an isolation room with the same high level of safety asects can be achieved. It also offers the Prospect, d with the Application of the media wall Coercive measures can be reduced (Recornect, 2020). So far as the “Advertising” of the companyHowever, there is hardly any evidence on Application eexperience, on Useng or influences of the media wall on the experience of isolation (Durrer & Meinhof, 2019). Tnevertheless, the Media wall in several Psychiatric clinics in Switzerlandn – and installed With a qualitative exploratory Study we are some of these Expectations with a qualitative exploratory study. We were interested in how isolated patients with an acute mental health crisis and nurses experience and use the media wall and among the nursing staff look like. The following were interviewed the Patients and the nursing staffwho used the media wall during care in the context of crisis intervention in isolation

Perspective of the Patients

Their perspective was surprising. All participants, four Women and two Men in acutely psychotic state during the isolation, described a feeling of insecurity in their first contact with the media wallWhile some welcomed the media wall, others rejected it. Dhethosethose who enjoyed it preferred to use the painting, playing and music applications. Some simply tried it out and decided to use it or not depending on their experience One participant did not use the media wall except for a short tap, two participants tried a few briefly Applications, three participants used the media wall at least two or a maximum of five applications Others were less positive. They experienced excessive demands, described an intensification of their fears, harboured mistrust towards the media wall, had difficulty separating themselves or reported that they felt forced to deal with it. The interviews further showed that the The interviews further showed that the intensity of the mental crisis and the current experience of illness had an impact on the perception and use of the media wall. It seemedthat the individual situation and needs of the person determined the evaluation and experience of using the media wallesion

The ten participating Nursingnursing professionals agreed: the media wall is an is an enrichment for for the care of patients during a Crisis intervention in the IsolationTheir reasons were manifold:

Interestingly, the participants in the Participants in the study also saw advantages with regard to their own role. Since the implementation of coercive measures is often accompanied by moral-ethical conflict thoughts, they expressed that the offer of the media wall alleviates these and creates a kind of emotional relief create relief The Nursing staff identified in the media wallalso identified Problem areas

Furthermore, it became apparent that the use of the media wall was not general attitude and attitude of the respective nurse Nurse attitude towards technology and digitalisation was. Another Difficulty emerged how the media wall could ideally be integrated into crisis intervention isolationFor the Isolation goes hand in hand with an emergency situation in an acute mental crisis Nevertheless a possible Possible use should be made with the patient’s involvementthat is individual, deliberate, targeted and needs-related

It has been shown that the clinical application of a technology can reveal new challenges, that need to be understood Because to understand means to test a priori assumptions about mechanisms of action in real use. This is important in order to long-term use of the technology with added value for all involvedfirst and foremost for the patients generate The experience and the application of the The experience and application of the patients’ and nurses’ perspectives diverged considerably in some cases It is striking that whileWhile the nursesprofessionals in the media wall as suchs saw a clear added value for the isolation period, the Patients rather challenged were. Depending on the intensity of the mental crisis, they could not see the media wall as a neutral offer of employment see. Sonder the media wall could Part of her Experience of illness which is associated with a negative to threatening Experience accompanied. The study indicates that Care need digital skills to use the media walland patients have a need forneed for closer supervision in the use of the media wall have. From our point of view should be Practice and research Answer to following questions

Innovative technologies hold potential for the Care of patients, as shown by the example of the Media wall crisis management in acute psychiatric care shows. However, it is important to remain attentive and to point out which mechanisms of action play a role and which Prerequisites and factors and factors must be given and integrated in order to best possible utilisation of all participants achieve

Fabienne Roth graduated in 2019 with a Master of Science in Nursing from BFH Gesundheit. She works as a nursing scientist MSc in the department of development and research at the University Psychiatric Clinics Basel. In her master's thesis, she investigated the experience and application experiences with the media wall during the compulsory measure of isolation and surveyed the perspective of the patients as well as that of the nursing professionals.