Almost all cities that call themselves a smart city or want to become one also have a strategy on Open Data and often publish relevant data on their own portals. The reason for this is especially the promotion of data-based innovations by third parties. Linked Data is not very widespread so far. However, trends towards the increased publication and use of linked data can be observed: The use of semantic interfaces should simplify the integration and reuse of data – especially across different smart city platforms. Furthermore, metadata can be easily linked, such as information on data quality. The recently successfully completed Horizon 2020 EU-Japan research project CPaaS.io (“City Platform-as-a-Service – Integrated and Open”) not only resulted in various concepts, tools and technical components for building a smart city, but has in particular contributed to Linked Data playing a more important role in the smart city environment and related standards in the future. Linked Data was used to federate different data platforms and to enrich the data with metadata. In addition, contributions were made to the definition of standards for semantic interfaces of such data platforms. Before we can go into these aspects in more detail, some remarks on the project itself are necessary. The main goal of the project was to develop a data platform for smart cities, through which third parties can also gain access to relevant city data from different sources, especially from sensors of the Internet of Things. This goal was achieved: in addition to a generic functional architecture, two implementations were also realised: In Europe based on the FIWARE framework, which is already in use in many cities such as Vienna, and in Japan based on the u2 architecture (Koshizuka, Haller & Sakamura, 2018). The fact that the implementations in the two regions were built on different foundations had, on the one hand, historical reasons – the project partners had many years of experience with the corresponding technologies. More importantly, however, this subjected the federation and integration of platform instances to a reality test; after all, it cannot be expected that all cities will build their smart city infrastructure on the same technologies. In addition to the architecture and regional implementations, the project has also implemented concrete applications in the areas of transport, tourism, event management, emergency care and water management in partner cities, as well as developing tools for city planners. More detailed information on all project results can be found on the project’s website. In the following, however, we will only focus on the Linked Data aspects.

The architecture of the CPaaS.io platform contains a so-called “Semantic Data & Integration Layer”. This is responsible in particular for linking data from sensors (keyword “Internet of Things”) with the virtual entities relevant from an application perspective. According to the IoT domain model (Haller et al., 2013), virtual entities are the image of real physical entities in an information system. A simple example of this is the link between a temperature value measured by a sensor and the room in which the sensor is located. In this layer, however, the data is also enriched with semantic metadata for better reusability, and the data itself is also made available via a SPARQL endpoint. This is where one of the strengths of Linked Data now becomes apparent. Although the two platform instances in Europe and Japan are technically implemented completely differently, a federated query across both instances is easy to realise. In the project, we used CostFed from the University of Leipzig to federate the two SPARQL endpoints. The benefit of such a federation and combination of data sets becomes visible in the area of event management, for example. Using sensors, we had collected data from event visitors at two events, a colour run in Utrecht and the Sapporo Snow Festival, and stored the data in the platform instance of each region. The data can now be combined and visualised in a dashboard. The figure below shows an example of the combined values such as calorie consumption, step count, etc. for the user Jon across both events: 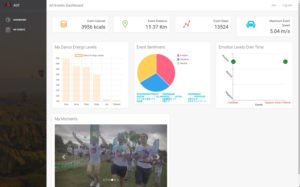 Figure 1: The dashboard shows the combined data of all events that the user Jon has visited (Source: AGT International)

The CPaaS.io platform is intended to enable third parties to access the data – in the sense of Linked Open Data – and use it to build new applications and services. However, this data can be of varying quality. Especially in the case of sensor data, the question can arise as to what is more important: correct measured values, which may require averaging over time, or values that are as up-to-date as possible. The platform cannot and should not make such a decision; only the individual application can decide whether the data is of “good enough” quality. For this, however, the application needs information about the data quality. Again, Linked Data is well suited to provide this information as metadata, and the CPaaS.io project has developed an ontology called SEDAQ (short for SEnsor DAta Quality assessment) for this purpose (Klein & Collovà, 2018). The SEDAQ ontology was not developed from scratch, but it is based on existing W3C standards such as Semantic Sensor Network(SSN), PROV-O and DCAT, as well as the IoT domain model (Haller et al, 2013) from the European Lighthouse Project IoT-A.

Various FIWARE components are used in the European implementation of the CPaaS.io platform. These can be accessed via interfaces based on the NGSI-9 and NGSI-10 protocols originally defined by the Open Mobile Alliance (OMA). A context broker based on NGSI-9/10 is a module in the “Connecting Europe Facility” with which the EU wants to standardise context-based data platforms in Europe. These protocols, based on HTTP and JSON, do not support Linked Data. Therefore, a new component called NGSI-LD Broker was developed within the CPaaS.io project. NGSI-LD was standardised by the ETSI Industry Specification Group for Cross-Cutting Context Information Management (ISG CIM) with the help of the project experiences. A final version 1.0 of the specification was published in January 2019 and defines a standard API that enables near real-time access to information from many different sources – using Linked Data approaches. The NGSI-LD Broker allows semantic access to existing functionalities in the platform, such as context abstraction, subscription and notification regarding context information, or geo-queries and termporal queries. Furthermore, the broker offers additional new functionality (Carrez, 2019), in particular:

The CPaaS.io project has led to results that will continue to have an impact in the future. For example, the newly developed or improved components of the platform will be further developed and used in the FIWARE or u2 community. The partner cities involved are also continuing the implementation of the implemented applications. With regard to Linked Data, it is clear that the topic will continue to gain importance for Smart Cities in the future. The standardisation of NGSI-LD is only the first step. More importantly, the Open & Agile Smart Cities (OASC) initiative, an association of smart cities worldwide, has defined NGSI-LD as one of its Minium Interoperability Mechanisms (MIM). It can therefore be assumed that Linked Data will increase interoperability and data reliability in the contextual information management of Smart Cities.

The CPaaS.io project was funded by the European Union’s Horizon 2020 research and innovation programme (Grant Agreement n° 723076) and by NICT in Japan (Management Number 18302).

Ernö Kovacs heads the Internet-of-Things Platforms division at NEC Laboratories Europe GmbH in Heidelberg. His team works on the topics of smart cities, Internet-of-Things, and situational awareness for digital twins.

Martin Strohbach is Head of Research at AGT International, Darmstadt, Germany and is responsible for leading AGT's research projects and transferring the results into AGT's products and solutions. He is a leader in research on IoT platforms, computer vision and machine learning with time series data, and also contributes to the development of AGT's IoTA World Graph, a semantic representation of the information exposed by AGT's AI platform.