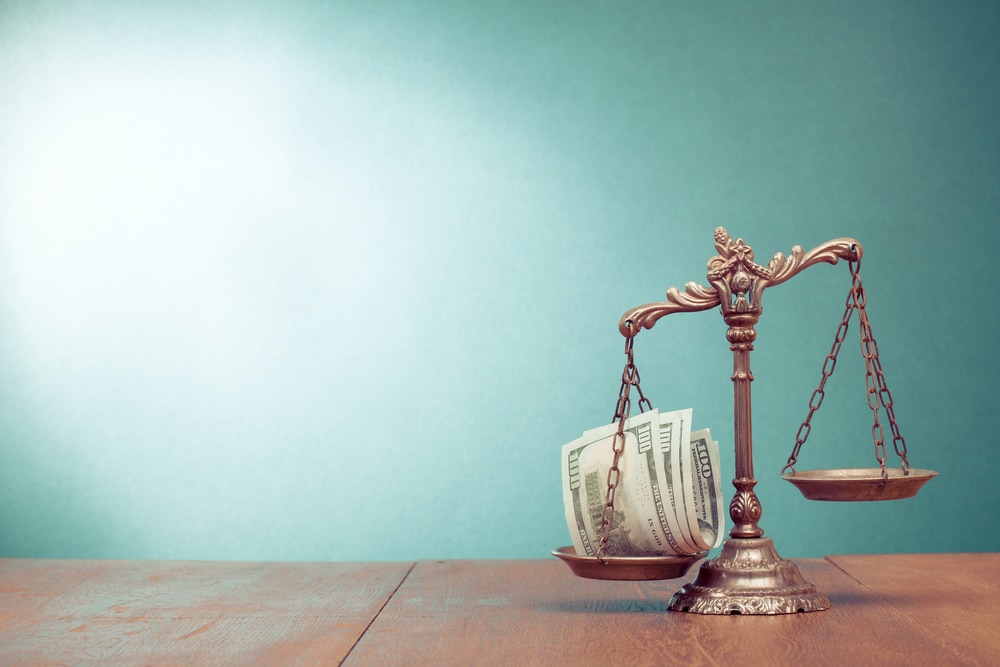 Part-time jobs are thought to reconcile work and family obligations. However, women with a higher probability of becoming pregnant soon have lower chances to be invited for a job interview for a part-time job than women who have completed their family formation and have older kids. No such differences are present in full-time positions. We interpret these findings as evidence of fertility discrimination, even though part-time positions are typically meant to be particularly family-friendly.

Men and women still have very different labor market outcomes – in terms of wages, earnings, participation rates, as well as in other dimensions. While the gender wage gap has decreased over time, significant gender disparities remain.

The empirical evidence on this topic points to the birth of children as one defining moment after which labor market asymmetries acutely emerge. Maternity, and the possibility of maternity, may disadvantage women in the labor market on two fronts. In their fertile age, employers may perceive women to be at “risk” of pregnancy, with potential parental-leave accommodating costs for companies. And when children are already present, employers may be concerned that, due to conventional gender norms, women are more likely to be in charge of childcare than men. This may lead to more frequent absences – for example when children are sick. Panel data averages of “days absent at work” indeed show that the number of child-related absences is higher for mothers than fathers – and that it is particularly high when children are young. (See Figure 1 below based on the German Socioeconomic Panel). 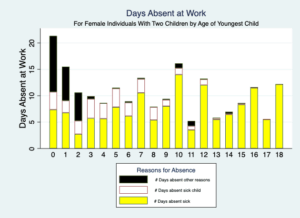 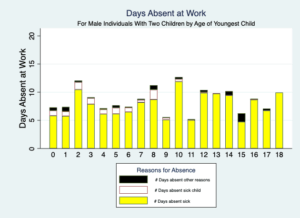 Experimental methods in economics are particularly suited to identify discriminatory behavior in the labor market. Correspondence tests, for example, consist of sending companies fake applications in response to real job advertisements. Applications are carefully constructed by researchers so that different applicants are fully comparable in their ability to perform the task required by the company. They differ only in the characteristic of interest for the researchers, for example ethnicity, gender or age. In correspondence testing, researchers keep track of the percentage of times a particular candidate type receives an invitation for a job interview, labeled a callback. In this context, if employers responded differently to e.g. male versus female applicants, which were, by construction, equally suited for the required position, this would be evidence of discrimination. Such an employer reaction would materialize in statistically different callback rates across candidate types.

In our survey, we conduct a large-scale correspondence test in Germany, Switzerland, and Austria, sending out approx. 9000 job applications, varying job candidate’s personal characteristics such as marital status and age of children. We targeted both secretarial and accounting positions. We simultaneously considered both full- and part-time jobs, for which we hypothesize the following. When applying to part-time jobs, individuals clearly indicate their desire to reconcile family duties with work. In contrast, applicants to full-time jobs signal that, independent of their family situation, they “must have” childcare arrangements in place for otherwise they could not reconcile a full-time job with the logistics of picking up children from kindergarten or school. We thus expect part-time jobs to amplify any employer reaction to fertility related costs compared to companies advertising full-time positions.

The study finds that, for applicants to full-time jobs, fertility-related information does not result in different callback rates. However, we find evidence that, for part-time jobs, married women with older kids, who likely finished their childbearing cycle and have more projectable childcare chores than women with very young kids, are at a significant advantage vis-à-vis other groups of women. At the same time, married, but childless applicants, who have a higher likelihood to become pregnant, are at a disadvantage compared to single, but childless applicants to part-time jobs. The difference in callback rates for a job interview between married but childless candidates and mothers of older children is estimated to be 12 to 15 percentage points, which is a sizeable effect compared to the average callback rate of 19% for part-time jobs in our sample. Such effects are not present for full-time jobs presumably because, by applying to these in contrast to part-time jobs, women signal that they have arranged for external childcare.

A lot of progress has been made over the last decades to help equal treatment of women in the labour market. Labour laws in German-speaking countries have strict anti-discrimination regulations where differential treatment based on sex or (expected) motherhood is forbidden. However, our results for part-time jobs illustrate that employers are not fully immune to considering potential or realized motherhood in female applicants, for part-time jobs, even in female-friendly occupations.

Study is published at Elsevier Science

The full study you can find here. Becker, S.O., Fernandes, A., and Weichselbaumer, D. (2019) Discrimination in hiring based on potential and realized fertility: Evidence from a large-scale field experiment, Labour Economics.

A Conference on Discrimination in the Labour Market

On 30.-31.08.2019 the 3rd International Conference on “Discrimination on the Labour Market” will take place at Bern University of Applied Sciences, Business School, Bern. This conference brings together high-level academic researchers and influential policy makers to address the challenges posed by labour market discrimination. Distinguished academics will present their latest findings on different instances of discrimination.

Sascha O. Becker is a German Economist and helds an PHD in Economics from the European University Institute, Florence. He is Deputy Head of Department and Research Director of the ESRC Centre for Competitive Advantage in the Global Economy (CAGE) at the University of Warwick. His Research Interests are Economic History, Labour Economics, Education Economics und Public Economics.