“Come talk to me” – When Art meets Digitalisation 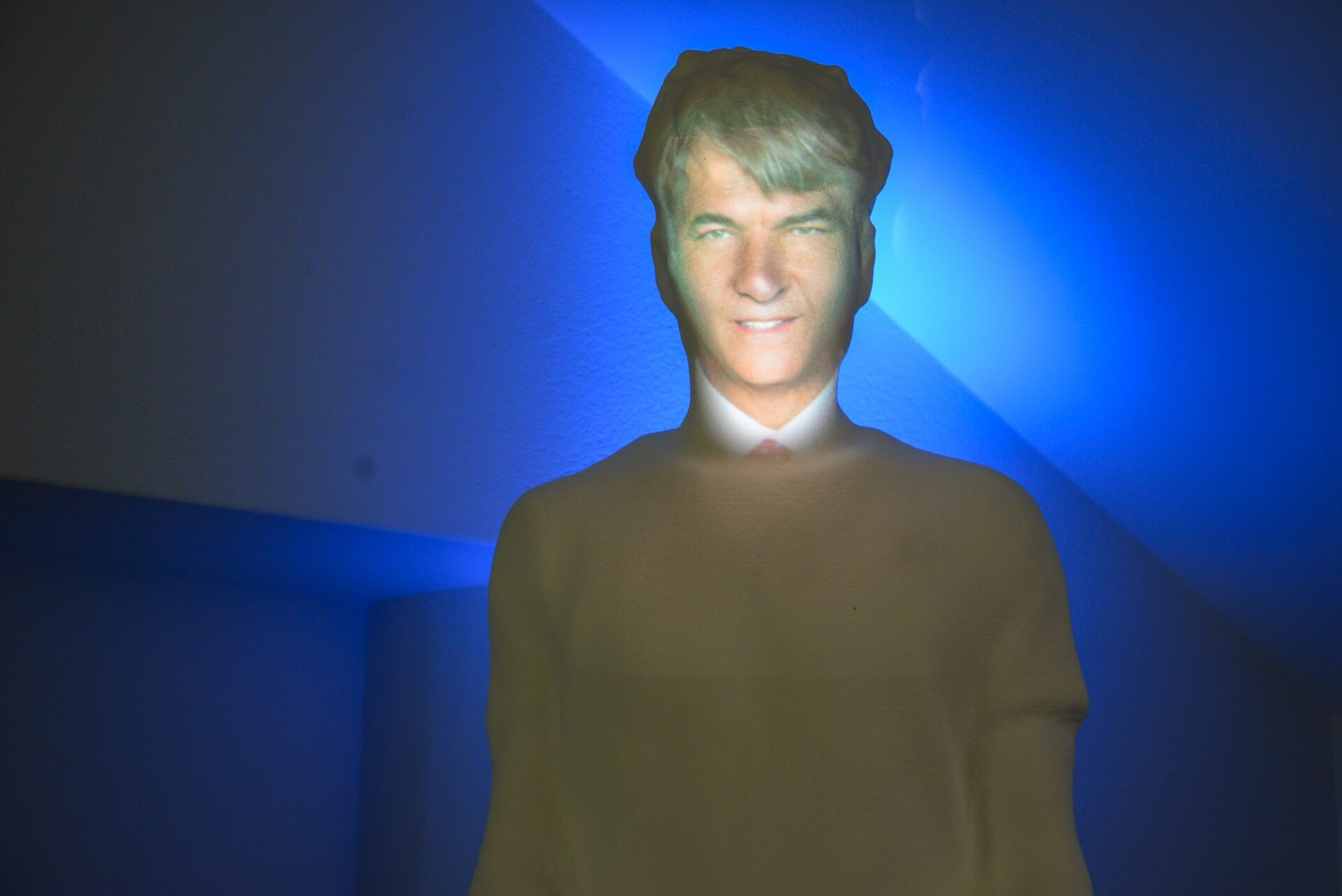 The Mayor of Bern as a hologram? In addition to Alec von Graffenried, around 70 people participated in the participatory video installation “Come, talk to me” by the artist Frantiček Klossners. The sculpture is being presented today at the BFH Wirtschaft summer festival. It deals with digitalisation in a playful and philosophical way BFH Wirtschaft is celebrating its 50th anniversary this year and is also using the anniversary activities as a communication platform. As an internal measure, the department launched a participatory project that takes up the expectations and wishes for the repositioning and depicts them in the form of a work of art. The internationally recognised media artist and lecturer at the Bern University of the Arts, Frantiček Klossner, could be won for the project. His artistic work revolves around existential questions. The human image of the present is the focus of his works. Dialogue and participation are central components of his art.

70 voices on the digital future

An art project as an internal communication measure? The initial scepticism was followed by willingness and curiosity to follow the artist’s instructions. All employees were invited to give their personal expectations and wishes for the future of BFH Wirtschaft in a video statement. These filmed statements are part of an interactive video installation in the form of a sculptural seated figure that has been given a permanent place in the entrance area to the auditorium. It is waiting to be addressed in order to provide a variety of answers in an unconventional way to questions about the future of education and the influence of digitalisation on society. How does digitalisation change the way we think and act? What is education and how does it unfold? How do we shape our future? What do we expect from the BFH economy? The interactive video sculpture can be “addressed” via a microphone. Anyone who brings their voice into play will be surprised with multi-faceted answers. With each voice appeal, the sculpture begins to speak again. The entire video library comprises 77 different statements. The video recordings were made with staff, students and alumni of the BFH Business School as well as prominent representatives from politics, business and culture. We meet, among others, the Director of Economic Affairs of the Canton of Bern, Christoph Ammann, the Mayor of Bern, Alec von Graffenried, and Germany’s best-known freelance philosopher and best-selling author Rebekka Reinhard. With their incisive statements, they lend their voices to the sculpture and many inspired faces to the future.

Frantiček Klossner lives in Bern and works with video art, installation, performance, photo art, drawing and visual poetry. In his cross-disciplinary work, he deals with existential questions and focuses on the human image of the present. In video installations such as “Come, talk to me” and performative sculptures, Klossner uses the human body to depict the processes of psychological individuation and social interdependencies. He negotiates political and social issues in his aesthetic poetic works, engaging the audience in a direct dialogue. More information on his work can be found here.

Ruth Gilgen Hamisultane works in the field of communication and culture. For BFH Wirtschaft, the PR specialist designed and organized the activities in the anniversary year. From 2005 to 2014, she was head of communications at the Kunstmuseum Bern.