Contemporary Classical Music and the Digital Transformation of Society 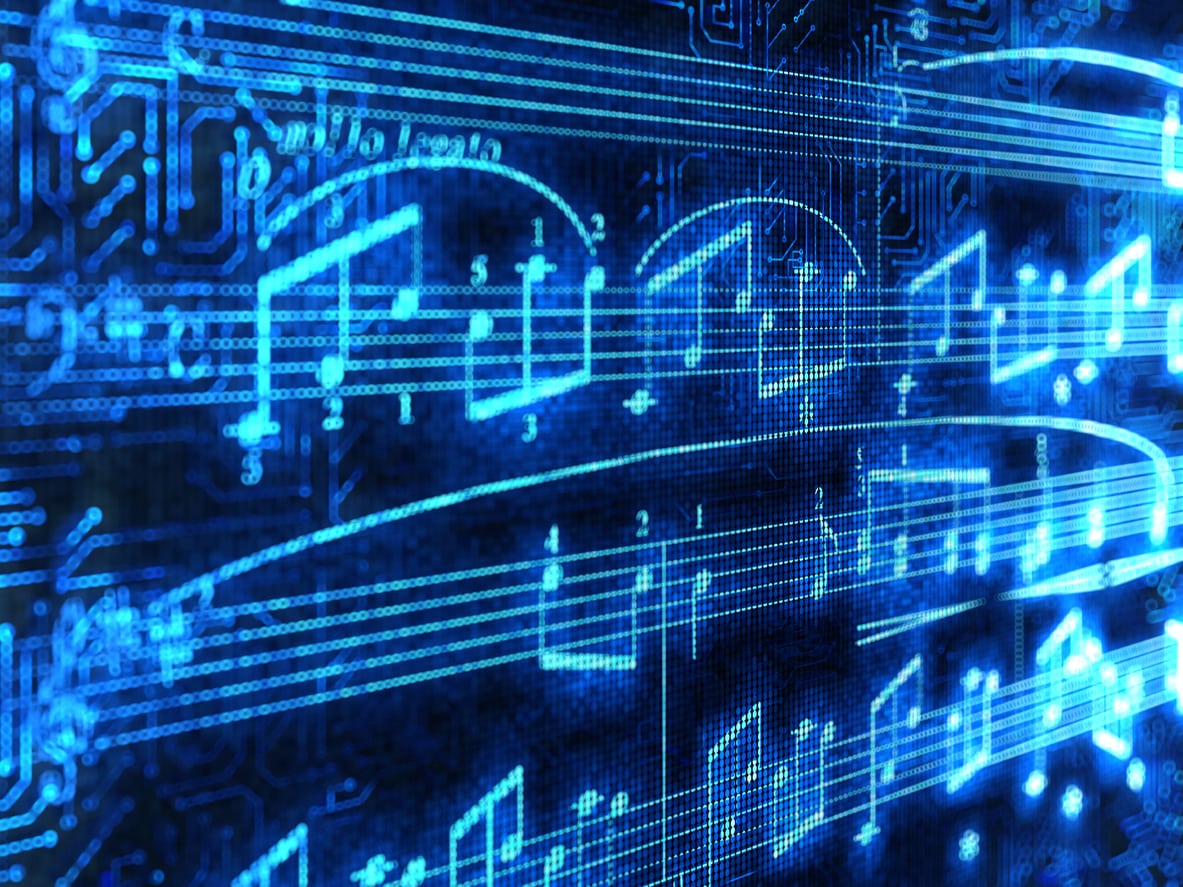 Contemporary classical music is a fascinating showcase for the impact of digital transformation. Apart from that, it helps us to direct our thoughts to the future, wrotes our author Reinhard Riedl.

Contemporary classical music, in German either “Neue Musik” or “neue Musik”, is permanently changing and, as is the case for many arts, these changes correspond to changes in society. Nearly all these changes meet with clear rejection or disparagement, but eventually they nevertheless gain the acceptance of the music community’s more knowledgeable members. Although this often takes decades.

Contemporary aesthetics pointing towards the future

Looking at the many dystopian stories about digital transformation raises the question of what we can learn from contemporary classical music for our research on digital transformation. If we compare the history of N/neue Musik with the history of management, music is 50, 100, even 1000 years ahead of management. It is already quite some time ago that composers taught us the hard way that an educated and anticipating ear is not good enough to grasp the essence of a piece of music. We really need to listen permanently and carefully. But so far only a few Elitists have broadly established the virtue of truly listening to their customers. In addition, collaboration in industry and in government is of far worse quality than the collaboration of orchestras playing any classical music, simply because experts and managers are badly trained in listening to their peers, and many leaders listen only very selectively to their subordinates. Rather, many business leaders act like conductors who only focus on one section in the orchestra, usually with devastating consequences for the overall performance. In business, it seems, such effects do not have much relevance yet.

Silence is another traditional “theme” from contemporary classical music (1) that is about to enter the business world, where it can be purposely used to manufacture morals (2). Other aesthetical qualities can only be guessed to have key relevance for future business. For example, the composers Beat Furrer leads the listener to realms of immense emptiness, timelessness, and absence of future which sensitizes the listener’s perception for the richness of the phenomenon of “sound fading away” – a vague forecast of future extreme forms of business that we still find hard to imagine. The specific quality of presence in performed music, respectively of hic et nunc, is the resounding and fading away of sound. It becomes an extremely intense experience in many pieces of N/neue Musik and it can be seen as a counterpart to the “normal” inflation of presence in our lives, that is the loss of history and future in contemporary consumer society(3). The composer John Cage has exported of the aesthetics of presence to experimental literature (4), and postdramatic theatre has developed artificially authentic practices to playfully celebrate pure presence. Thus, N/neue Musik from a few decades ago teaches us a lot about leadership in avantgarde companies, while truly contemporary compositions may shed light on a so far widely unknown future of business, government, and society.

Let us investigate in more depth the digitalization of composing observed in contemporary composition practices. These days contemporary classical music is challenged by digitalization. Software enables near arbitrary design of music. Experiments without much thought may easily lead to the creation of alluring music by accident rather than by design. Thereby, algorithms both serve and deafen the composers as they shape synthesized musical surfaces with and without substance. This creates a kind of neue Musik 4.0, for which listening is even more critical than for traditional Neue Musik, because the software capabilities are forcing the audience to listen through the computational surface of digitally created music. Thereby it is very unclear who is wrestling more with the algorithmic composition software, the composer who must defend the independence of her thoughts against the dominance of the software’s algorithms or us who listen to the music in concert. To regain artistic autonomy, some musicians only use custom-made software that is coded to specifically support their clear intentions. Thus, contemporary classical music has become a showcase of what will happen in the future digital transformation of our lives, pointing us to practices that can help us defending a bit of our autonomy.

Escaping the dangers of digitalization is hardly an option, because man-machine collaboration exploiting artificial intelligence to create music will soon become a standard – all the more when it is no longer detectable as such. True, there have been lots of rather pointless attempts to create fake new pieces of long dead composers. However, the merger between computing power and artistic thought is a step beyond all such experiments: It leads to digitally enabled composing which is truly new. Furthermore, there are lots of ways to invent new forms of digitally enabled performance practices, for example it is now possible to measure the audience’s biodata to adapt the score presented to the musicians. And many more freaky setups are waiting around the corner. Not to mention the myriad things we can do to traditional music that is traditionally performed, such as recording performances from arbitrary positions inside instruments, or supporting the preparation work of the conductor through virtually arranged performances. Thus, although the contemporary classical music will not help to predict economic changes, it has a significant potential to showcase how digital transformation will work.

Omitting the digital enabling of artistic work in research on digital transformation is like searching for innovation by excluding the most creative options. Music has a long history of early technology adoption. We should exploit this – both to study the impact of digitalization and to run funky digitalization experiments. So far, we lack theoretical foundations for such studies. However, rereading Jacques Rancière (5) with the mind of an applied computer scientists or an engineering economist may help to link aesthetic practices in contemporary classical music to contemporary digital design practices.

In 1922 the International Society for Contemporary Music was founded in Salzburg as Internationale Gesellschaft für eue Musik (IGNM). It has chapters in many countries all over the world. Remarkably enough, the Salzburg Festival later became long time famous for its ignorance of contemporary classical music. Nowadays, however, the Salzburg Festival is again one of the places to listen to new music – both because of the excellence of curation and of the performing ensembles and because of the intense interest of the audience.

In 2005, the “Konzertgesellschaft Neue Horizonte” became IGNM Bern and thus part of the traditional global network. Its mission is to import new music to Bern, to promote and curate contemporary composers, to bring the societal discourse to contemporary classical music, to take up specific societal challenges, and to create highly different but aesthetically unique experiences for the audience. The program is currently based on a 4-topic theme, “Belonging” & “Pure Corporality” & “Extended Identities” & “Mix & Match”, which reflects trends in society. There are seven different nationalities represented in the local board of IGNM Bern (6), and many curated music ensembles come from abroad. In the case of concerts touching on socially relevant topics, these concerts are accompanied by a panel discussion or a scientific or philosophical talk. Such as the IGNM concert “Wrestling the Algorithm” (7) which addressed the role of algorithms in music and society