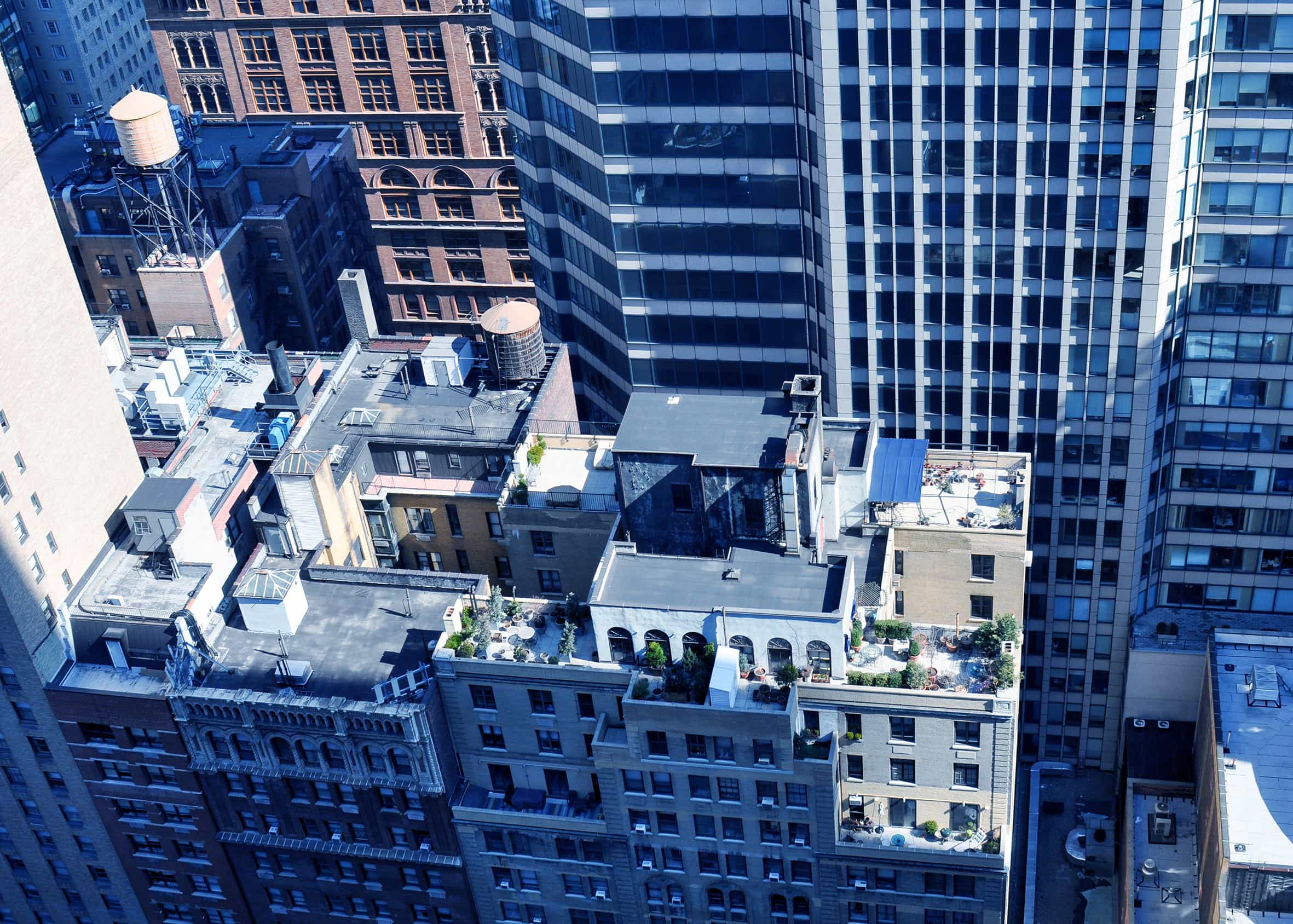 In the last seven years the number of papers published on smart cities has grown exponentially. However, very few of these texts critically evaluate the concept of a smart city.  What’s more, according to our guest author Matthias Finger from EPF Lausanne, there is still no precise definition of what constitutes a “Smart City”.

Abstract:
In this article, I discuss the recent enthusiasm for the concept of “smart city”. In particular, I investigate whether this concept has any substance and, if it has, what it is exactly. Ultimately, I am aiming to determine whether the concept of smart city can be of any use, and, if so, for whom. If not, what would be required in order for “smart city” to become a useful concept.

Introduction
I start by looking at the hype – and the related confusion – surrounding the concept of smart cities. I then try to identify the actors behind the concept of smart city, which is makes it possible to examining, in a second part, whether the concept is capable of providing some useful substance. In the third part, I offer my own analysis of what smart cities are all about and what would be needed for them to become a useful reality.

Hype and confusion
Publications about smart cities started to explode in 2012, as Figure 1 shows.

This exponential growth in the number of articles and books about smart cities, in both academia and the trade literature, points to the hype surrounding this topic. This is even more notable if one looks at the content of this literature, noting that most of it is not only identical – that is, copied from one another – but also mostly promotional, celebrating the beneficial virtues of smart cities, not only for cities (obviously), but also for economic growth, environmental protection, human wellbeing and humanity more generally (Hollands Taylor and Ltd 2008). Unsurprisingly, critical article about smart cities are very hard to come by.

This logically leads to confusion, fuelled by a proliferation of related concepts  (Cocchia 2014). Some of this conceptual innovation is simply due to the fact that authors feel the need to come up with new ways to differentiate themselves in this increasingly crowded semantic space. But a more profound reason has to do with the fact that authors of such articles come from different disciplinary backgrounds and therefore seek to highlight different features of what they think smart cities are. Table 1 gives an overview of the various perspectives on smart cities and corresponding conceptual innovations. 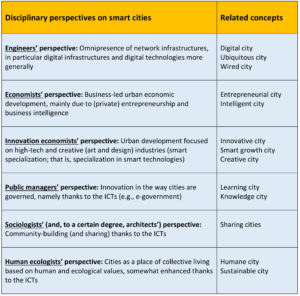 As the table shows, there is clearly a confusion of concepts, not to mention the promotional dimension of these concepts, as all of them have positive connotations. There is currently no clear definition of what a smart city is. This confusion is due to the fact that authors from various disciplines have tried to jump on the smart city bandwagon without really understanding the underlying technological evolution that has made a certain “smartness” possible (Albino et al. 2015).

Smart city is not just a concept; there are indeed some practices associated with it, even though these practices are far from what the concept – and its different variation (see Table 1 above) – promises (Cocchia 2014). We can now identify the following practices, all of which come under the “smart city” label (Caragliu et al. 2011; Batty et al. 2012; Hollands Taylor and Ltd 2008):

All of these practices are introduced in a very piecemeal fashion, owing to the fact that they are generally promoted by some of the city’s administrative units without coordination with other units. Additionally, there is typically no coordination among the different promoters and vendors of the various smart city technologies, let alone standards that would allow for an integrated approach to smart cities (Goodspeed 2015). There is generally also a problem of metropolitan governance, given that metropolitan areas are composed of several cities, which are political entities of their own and typically do not coordinate among themselves, whether in matters of smart city or in any other matter.

In short, the introduction of smart city practices and corresponding applications is generally driven by vendors who are themselves specialized in certain technologies and solutions (Cocchia 2014). The most widespread of such vendors come from the device producers in the areas of sensors and meters, as well as smartphones, among others. In the smart city arena one can also find telecom operators, for whom smart cities constitute an opportunity to install connectivity. Finally, the third type of vendors in the smart city arena are data integrators, data management firms, and data analytics firms, which typically offer more integrated services and solutions to citizens, but mostly to city governments.

Therefore, given the vendor-driven nature of smart city solutions, it is only that the concept is primarily a promotional one. This leads to the fact that even the smallest application – such as smart street-lighting – is now equated with a city having become smart. City governments and mayors go along with this because such urban labelling contributes to the city’s self-promotion (Hollands Taylor and Ltd 2008).

In conclusion, we may say that many cities around the world have bits and pieces of smart city practices, but these rarely warrant a city to be labelled a smart city, and even less so to be a smart city.

Nevertheless, these practices, albeit piecemeal and uncoordinated, are real. As such, they point to an underlying movement of growing digitalization of the cities (Cocchia 2014). Yet, such digitalization requires at least three elements in order to lead to smartness. First, the generation of data (from all sorts of devices), secondly, the interconnection and exchange of these data (thanks to telecommunications infrastructures and the internet) and, thirdly, the analysis of the generated and interconnected data (thanks to ever more sophisticated algorithms). However, vendors generally only provide one of these elements, and then often only for one of the sectors, such as energy or transport (Goodspeed 2015).

However, if combined intelligently in so-called “digital platforms”, these three dimensions of digitalization, integrating the different sectors, would enable smart cities to have huge potential, as illustrated by Figure 2 below (Cocchia 2014). 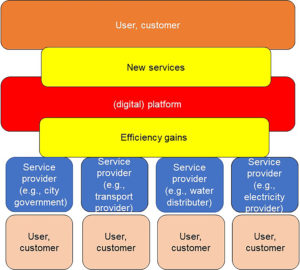 Figure 2: The potential of digitalization for cities (Source: Author)

In particular, digital platforms (that is, smart cities) have two main potentials:

In other words, digitalization does have a huge potential for efficiency and improved services, and this is what, realistically, smart cities could be about (Glasmeier and Christopherson 2015; Lazaroiu and Roscia 2012). However, in order for this potential to be unlocked, several institutional conditions need to be created, something which the technology- and especially vendor-driven discourse about smart cities ignores or at least downplays (Nam and Pardo 2011). On one hand, many of the technologically possible efficiency gains can only be brought to fruition if data is made available and exchanged, standards are defined and enforced, and privacy and data security is guaranteed, all of which requires strong regulations and thus political will, vision and leadership, not to mention political coordination at the metropolitan level and beyond (Batty et al. 2012; McHugh 2013). However, the danger of digital platforms becoming powerful monopolies that are interested in making money rather than in serving the urban public good is very real. This also requires strong regulatory institutions and therefore, again, political will, vision, and leadership at all levels. To conclude, there is indeed a huge potential for digitalization to create smart cities, but the road to harnessing this potential is still long.