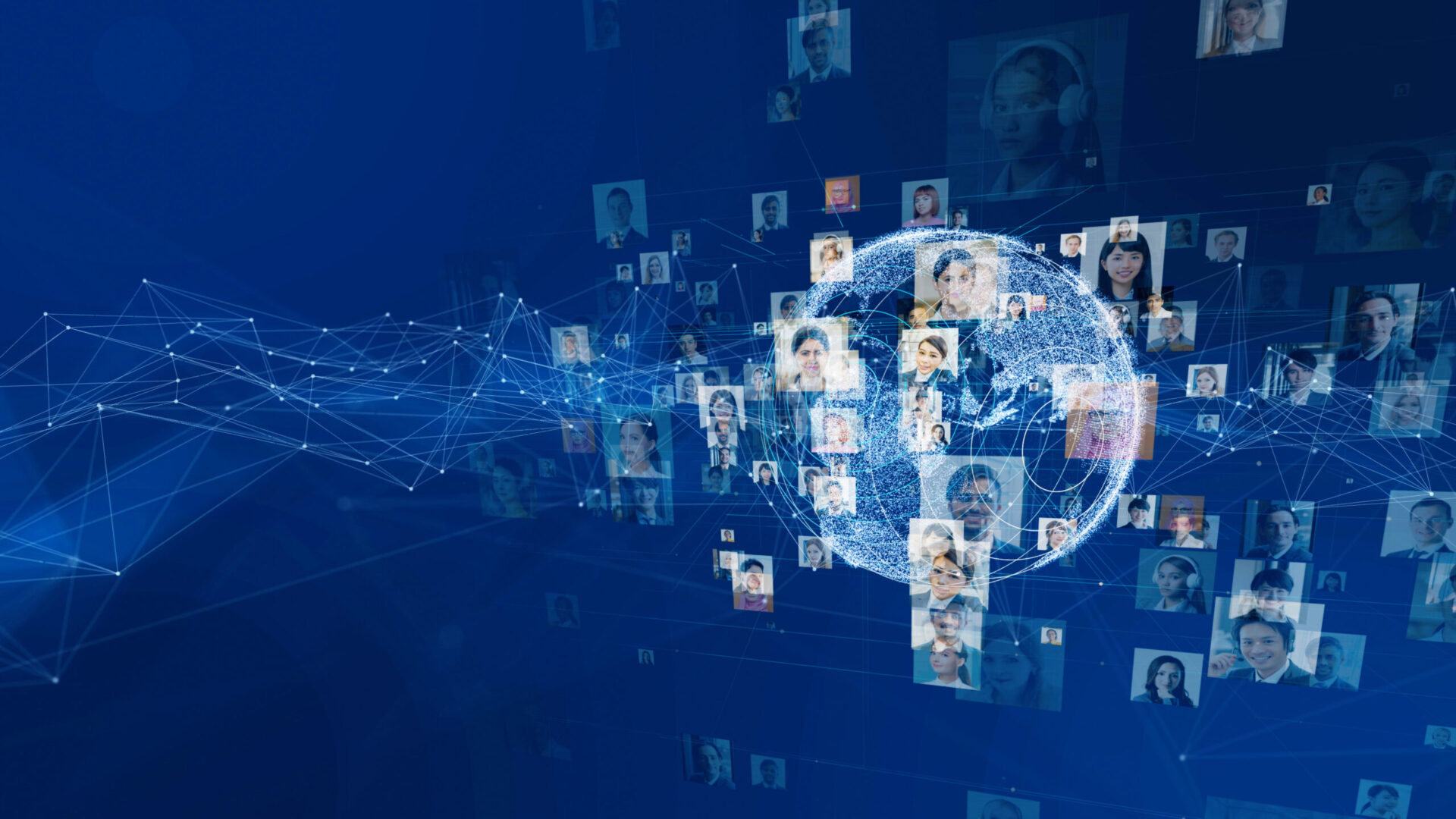 Open Data (OD) are valuable initiatives in favour of transparency. Open Governments and public administrations aim at increasing the availability of datasets for citizens, associations, innovators and other stakeholders, by releasing their data with open licenses. Our research contributed to the public sector by proposing an innovative solution to the problem of transparency in Public Administrations (PAs) by opening up public data and services so that citizens’ participation is facilitated and encouraged. This is being done by introducing a virtual place, named SPOD, Social Platform for Open Data, which is part of ROUTE-TO-PA, a three-years HORIZON 2020 European Funded project.

The following are the cornerstones that distinguish our virtual space to plan data-driven discussion: Datalets for Visualizations of Open Data; User-friendly Controllet to create datalets; Agora for Social Data-Driven Discussions; Open Knowledge Co-Creation; Open Data Co-Creation; Blog as a showcase. 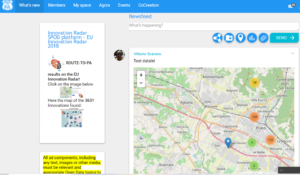 Figure 1: The news feed in SPOD shows a post with an interactive map.

Datalets for Visualizations of Open Data

Infographics have proved to engage users and visualizations in SPOD are a tool to engage citizens and to support data-driven discussions.

In this way, users can create visualizations, directly from datasets stored on the OD portals, filtering and grouping their content, and publishing the result along ongoing discussions to support argumentations. Visualizations available in SPOD are charts, geographical maps, and other types of specific visualizations (e.g., treemaps, decision trees, heat maps). Most of the charts are available, such as line charts, bar charts, area charts as well as stacked versions of these charts. Datalets ensure provenance, they always show the link to the original dataset web-page below the visualization. Datalets are reusable, real-time, and dynamic visualizations for Open Data. Datalets are interactive, ready-to-use, off-the-shelf visualisations that can be embedded in any standard web-page as well as in other systems. In this way, a data journalist can create and embed a datalet within WordPress, for example, an article to visualise an Open Dataset.

Controllet is our user-friendly wizard to create datalets (Figure 2).  It guides users through the creation of visualizations, reducing errors and, helping them to understand the dataset quality. The generated datalet can be shared in any discussion, also outside the SPOD platform (e.g, in a post blog).

Figure 2: Controllet:  the user is creating a new stacked bar datalet visualisation of an open dataset.

Agora is a public place, recalling the ancient Greek central spaces or squares where people assembled. The Agora is made of rooms, virtual public places where citizens, stakeholders, and employees of the PA can meet and discuss a specific topic. Public Administrations can actively participate and contribute to these discussions.

Knowledge Co-Creation allows users to form private groups to digest a particular topic of interest together.

Open Data Co-Creation is the virtual space where users can meet and collaboratively create new datasets (Figure 3). Users can collaboratively and interactively add data to the dataset, which can be created from scratch or import an existing one. An example of using, a data journalist could initiate a data room to collect in tabular format together with her/his colleagues or other citizens. Moreover, SPOD has specific steps to assist PAs in checking the dataset quality through syntactic, sanity and, domain specific steps implemented through a set of heuristics. The Suite of quality checks is triggered in three distinct moments: the first one is when new data is imported into a dataset, the second one is according to user needs (i.e. anytime the user pushes a button), and, last, when the dataset is exported.

Figure 3: Open Data Cocreation: a created dataset on the left side. The visualization on the right is interactive (not a static picture).

The blog is a showcase where every artefact created in the virtual space can be publicly showed outside the platform. Hence, Knowledge documents created in the platform can be published as public Blog posts and showcased to all Internet users. With SPOD, the blog posts contain the textual content along with datalets and datasets as Open Data.

SPOD is a novel (layered) architectural model to engage citizens, PAs, companies, and stakeholders in collectively generate information and knowledge from existing and crowdsourced open data. The idea comes from the well-known data information-knowledge (DIK) hierarchy [3] which shows how the processes transform Data (the base level) into Information and then into Knowledge. Our interpretation is that the DIK pyramid can serve also in the context of Public Value creation by the Public administrations, with increasing public value as they go from bottom to top. In fact, Public institutions and governments publish Open Data on their portals in favour of transparency. Open Data is raw data; they are often as simple as plain tables or scanned documents. Thinking of them in the context of the data information-knowledge hierarchy, they are the base level of the pyramid. In order to increase the value for citizens and everyone, open data must be processed to obtain information (that is, data used in context to find appropriate answers and easy to re-use) and ultimately gain knowledge from them to maximize the value. The top of the pyramid is open knowledge as know-how and skills. Interestingly is the explicit knowledge, codified and digitalized in electronic artefacts; such as documents, blog posts, and training courses. The creation of Public Value for communities involves various stakeholders, such as public administrators, data journalists, entrepreneurs, and citizens. They need to interact and collaborate together in processing, digesting, transforming open data and information to create a new one. The process to foster and stimulate the creation of Public Value is both social and iterative; the first identifies co-creation activities that are performed in groups where users collectively co-create data, information and/or knowledge. These activities can be private when taking place in small homogeneous and heterogeneous groups, for instance, in the initial stages, but it is crucial that data, information and knowledge become transparent. Groups of users can discuss publicly within public rooms. The second identifies groups of users who can autonomously and independently decide to follow a specific iteration of the process at any time and in any order. These means, for instance, that users can co-create a dataset, publish to the users, return back to the co-creation improving the dataset, and so on.

A case study, named Hetor that is about the engagement of citizens, stimulating the use of OD for Cultural Heritage using SPOD. Groups of citizens and local organizations are engaged and involved in data-driven discussions. Hetor aims to collect and make available to the public the Open Data as well as information and knowledge in Cultural Heritage. On one side there are many institutional websites that publish Open Data in Cultural Heritage, but many other data remain undiscovered because only the local communities or associations know or have them. Therefore, the project aim is to collect and organise the already available data and information on the institutional web sites at national and regional levels, but also let people contribute with heritage data. The potentiality and the innovation of the project are that using the process supported by SPOD, citizens contribute with data and especially with information and ultimately with new knowledge. Through the use of the Agora rooms, citizens can discuss together and answer a specific question generating information. Data and Open Data themselves need to be integrated, interpreted, and transformed. Furthermore, the Knowledge Co-Creation room has been used to generate a document that has become Blog posts.

The benefits of our approach towards Open Data and Transparency are manifold. First of all, while building on top of existing platforms and good practise of Open Data publication from PAs, we augment the traditional scenario of interactions between PAs and citizens.  Since the overall vision is that Public Administrations need to be helped to be changed into a responsive instrument to meet the needs of all citizens and to be accountable, efficient, and open, our design is aiming at allowing PAs to enhance open data technologies and enables the active engagement of the community of data users, including citizens, civic organisations, but also service providers that can leverage their services on top of the SPOD. In particular, new services can be realized for PAs, policy makers, civic organizations, businesses, and citizens, by allowing to add value to the data, on the basis of its social interactions, allowed by SPOD. The innovative services can be, first, offered by the PAs toward citizens. In fact, by personalizing the access toward citizens, making them easier to understanding open data, and by letting the citizens socially interact over data, the PAs can design new services that are meant to stimulate feedback from citizens and from society, in order to promote a better, more inclusive democratic participation to the government. But innovative services can be offered by citizens toward PAs, by the collective group together interests and proposals, get citizens to proactively propose policies and co-produce new services toward/with the PAs. Finally, services can be offered by external stakeholders (businesses, civic organizations, etc.) toward both PAs and citizens, since those organisations need new ideas and ways of working to keep business fresh and competitive, helping them to survive, especially in tough times like the ones experienced nowadays. Harnessing citizens’ ability and motivation to innovate from an early stage, leveraging on a Public Administration with an active role, that offers access to its knowledge, is a great way to ensure that business does not go stale and is kept competitive in our economy.

The work described here is a result of a 3-year H2020 Project ROUTE-TO-PA.  The authors gratefully acknowledge all the discussions and the work conducted in the project. More info about current status can be found here.

Giuseppina Palmieri is a research fellow in the ISISLab of the Dipartimento di Informatica at the University of Salerno, Italy. Her main research activities include Distributed Systems on the World Wide Web, Web-based Information Systems (WIS), Computer Supported Collaborative Learning (CSCL), Computer Supported Cooperative Work (CSCW), and ICT technologies on different contexts, such as e-government and cultural heritage.

Vittorio Scarano is a Full Professor of Computer Science and is the co-director of ISISLab of the University Salerno. He coordinated the European research project H2020 ROUTE-TO-PA (Raising Open and User-friendly Transparency- Enabling Technologies for Public Administrations).