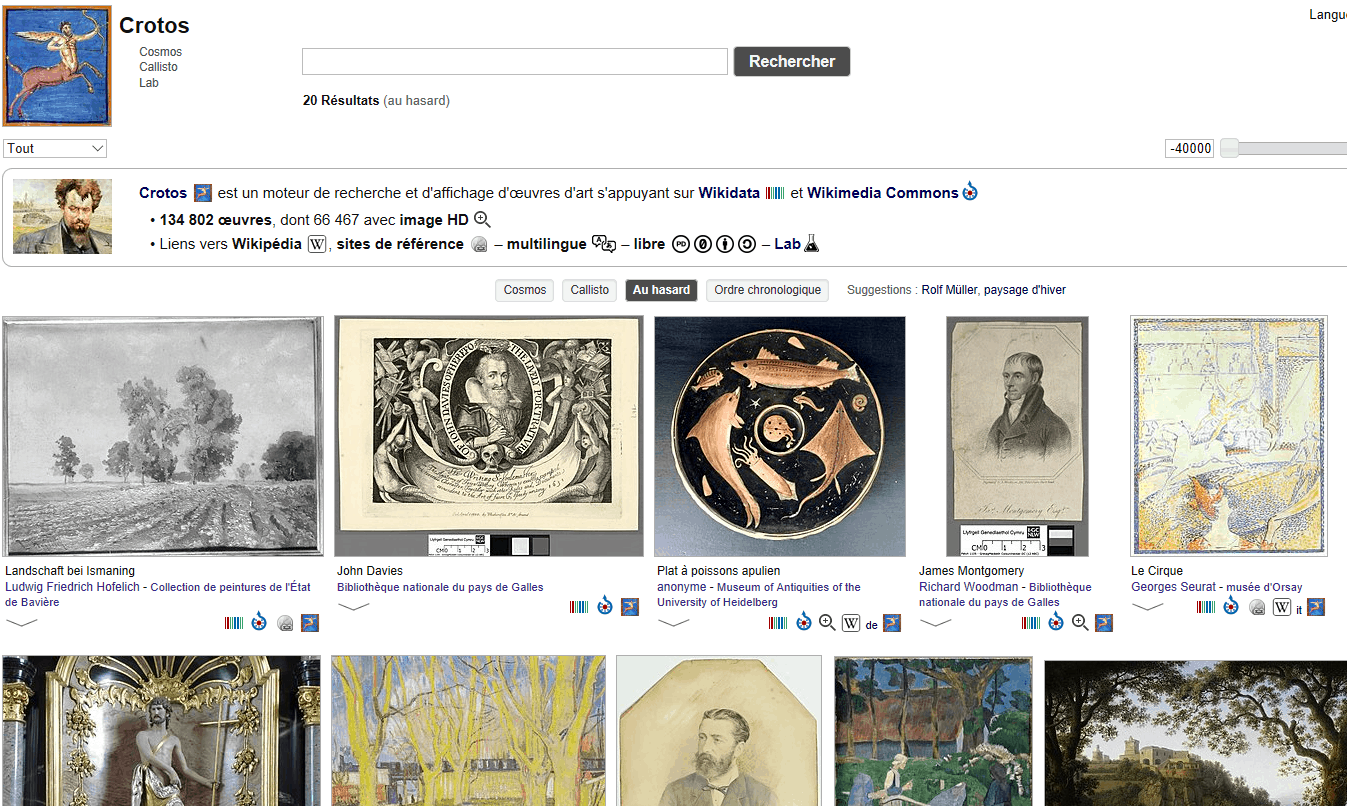 On 29 October 2018, Wikidata turned six. What was at its launch a fledgling project is today inspiring numerous people with new and surprising ideas about what could be achieved in a linked data world. In this article we will give a brief overview of how Wikidata is used in the heritage sector and how the community is doing in addressing the egg-and-hen-problem of linked open data.

Over the past years, a growing community has formed on Wikidata around heritage data. Its members are ingesting, cleansing and improving data; discussing data modelling issues; contacting new data providers and developing applications based on Wikidata. Their vision is for Wikidata to become a central hub for data integration, data enhancement and data management in the cultural heritage domain. According to the group’s mission statement, this includes:

As the last point makes it clear, the actual usefulness of the data comes with its use. Either in the form of services that are targeted at end users or by providing insights that are turned into stories that can be shared. To create a flourishing ecosystem of Wikidata-based applications running on high-quality data, a critical chicken-or-egg problem needs to be overcome: without complete and high-quality data, there are no cool apps. But without interesting apps, there are few incentives to provide data and to improve its quality. In other words: the main drivers of data quality and completeness are interesting and widely used applications, while the motivation to develop good apps is far greater if they can build upon a high-quality and complete data bases. In this article we will present a few of the things the Wikidata community is doing to address its chicken-or-egg problem.

Data Use in Wikipedia and other Wikimedia Projects

One of the basic ideas behind Wikidata was to create a central repository of structured data for Wikimedia projects, such as the free online-encyclopedia Wikipedia, Wikimedia Commons, and others. The immediate use of Wikidata in the context of Wikipedia can take the form of infoboxes or lists. An example of a Wikidata-powered infobox can be found in the Wikipedia article on Ferdinand de Saussure; it features an image and structured data that are partly pulled from Wikidata. An example of a Wikidata-powered list can be found in the Portuguese article about paintings by Alfredo Norfini.

Such infoboxes and lists are an immensely useful tool to eliminate the duplication of efforts across Wikipedia’s different language communities, as the data can be curated in a central database. At the same time, they have a large impact in terms of visibility of the data thanks to the prominence of Wikipedia on the Internet. Yet, some of the largest communities, such as the German or the English Wikipedia communities, which could generate substantial spill-overs into smaller language communities, have so far shown the biggest restraint when it comes to taking up Wikidata-powered infoboxes and lists on a broader scale. The arguments brought forward have mostly been related to data quality or to the fear of an exacerbation of the vandalism problem. Vandalism could indeed be encouraged by the high visibility of the centrally managed data and it might be difficult to counteract data manipulations. Many communities have indeed long questioned the adequacy of Wikidata’s edit tracking tools, which has triggered the improvement of these tools over the years. Some members of non-English communities may in addition feel uneasy about having to curate data on the Wikidata platform, which involves taking part in community discussions that predominantly take place in English. Furthermore, larger communities may expect fewer benefits from Wikidata than smaller communities, as they have already quite good data coverage in many areas thanks to established methods of data curation that were developed prior to the introduction of Wikidata.

On the other end of the spectrum, some of the smaller (or medium-sized) language communities, such as the Catalan Wikipedia, have been pioneers in this area, creating infobox templates with interactive maps, detailed career information for biographies and various other information directly fetched from Wikidata. In fact, in fall 2017 the Catalan community announced that over 50% of the 550’000 articles on Catalan Wikipedia were using data from Wikidata.

In addition to the direct inclusion of data from Wikidata in Wikipedia articles, Wikidata has also been used as a basis for the automatic generation of article stubs that could then be extended by Wikipedia editors. This approach is especially useful for harmonizing the structure of articles in specific areas. One of the tools for this is the “Mbabel Article Generator”, which was first developed for a New-York-based project, about museums, and was then extended by a Brazilian team to other classes of subjects, such as works of art, books, films, earthquakes, and journals. Here again, a Wikidata-based tool can help reduce the workload of Wikipedians by using centrally curated data that can be applied across language communities. Another tool that serves a similar purpose for biographical articles is “PrepBio”.

Data Use Beyond the Wiki-World

The use of Wikidata is not confined to Wikimedia projects alone. Here are few examples of uses of Wikidata outside the realm of the Wiki-world:

As this article has shown, there is already a variety of Wikidata showcase applications in the field of cultural heritage, and activities to resolve Wikidata’s chicken-or-egg problem are well under way. As the examples also demonstrate, more efforts are needed to improve data quality and completeness. Most promising from this point of view are applications that are linked to campaigns to improve the underlying data, such as Monumental, or applications that encourage data provision and enhancement by community members, such as Inventaire or the use of Wikidata in Wikipedia. We can only hope that a positive feedback loop ensues from these first Wikidata-based applications, and that we will see many more and better apps in the future, along with concerted efforts to enhance the quality and completeness of the data – the prerequisites of exciting applications!